LOS ANGELES – It seems Yousef Taha’s hibernation will be short-lived.

The 6-foot-7 Filipino/Palestenian center has began practising again with Globalport, opening the possibility of the journeyman making a comeback when the PBA 43rd season kicks off middle of next month.

Taha, 29, returned to the Philippines last week to attend the wake of an uncle in Bataan, and the Batang Pier lost no time in getting in touch with the player who last suited up for them before announcing his decision to get away from basketball early in the Philippine Cup last season.

Citing personal reasons, Taha made a letter which he posted on social media disclosing he’s leaving Globalport to return to Kuwait and join his family.

The two parties have yet to reach a deal, but SPIN.ph was told by sources that team management is already finalizing a contract in case Taha decides to play in the pro league anew.

If ever, Taha’s return should serve as a big boost to the Batang Pier’s frontcourt that was recently depleted after the team’s decision not to re-sign big men Billy Mamaril and Rico Maierhofer.

At the moment, Globalport only has Bradwyn Guinto and Sean Anthony to man the middle, along with injured sophomore Arnold Van Opstal.

Before leaving the Philippines, Taha was one of the league’s young journeymen, who have had stints with five teams in five seasons in the league.

Aside from Globalport, he also suited up for Air21, Barangay Ginebra, Petron (San Miguel), and San Mig/Star. In the event he signs up anew with the Batang Pier, this will mark his fourth stint with the franchise.

Taha was the 11th overall pick (second round) by the Express in the 2012 rookie draft.

He was acquired by Star during the 2014 Governors Cup, eventually winning a championship in his first conference with the team, and technically, becoming a part of the Hotshots’ grand slam roster. 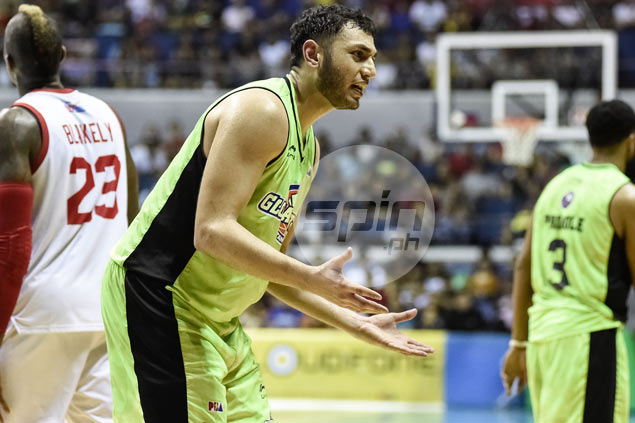