INSTEAD of feeling outrage, NLEX coach Yeng Guiao said he felt sad over the contentious trade involving the No. 1 overall pick in this year’s PBA rookie draft consummated by San Miguel and KIA.

More than the further imbalance he believed the deal had caused in the league, Guiao lamented the controversial deal has left the entire PBA family with a blackeye in the eyes of the public.

The league took the heat from the public the moment the trade was first floated last week, and more so when it was finally given the go-signal by Commissioner Chito Narvasa.

The slightly revied deal had the Picanto sending the 2017 No. 1 overall pick to the Beermen for veterans Jay-R Reyes, Ronald Tubid, Rashawn McCarthy, and the team’s first round pick in the 2019 draft.

As expected, San Miguel used the pick to tab Fil-German Christian Standhardinger during Sunday’s draft proceedings at the Robinson’s Place in Ermita. 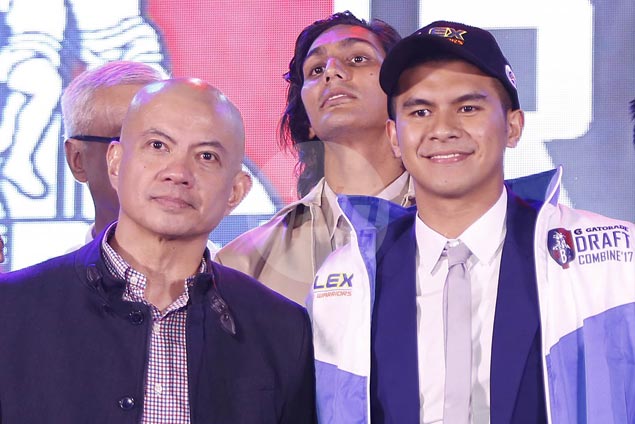 Already a powerhouse with its so-called ‘Mythical Team’ led by four-time MVP June Mar Fajardo, Guiao admitted San Miguel got even stronger with the 6-foot-7 Standhardinger coming on board.

But it is what it is.

Guiao said he can’t do anything but move on.

“We have to live with that. Siguro it’s time to move on. The more na bigyan natin ng dahilan, the more na magagalit yung mga tao,” Guiao stressed.

Going up against a talented San Miguel team, according to Guiao, now poses the big challenge for him and the rest of the league coaches.

“We should do a better job now, ganun na lang. I will just personally consider this as a challenge,” he said.

As a parting shot, Guiao hopes the league should do something in order to avoid a similar situation in the future.

“Siguro I don’t know how it will be done in the future, but gawan dapat ng paraan na hindi na dapat maulit pa,” he added.