His problems behind him, Jio Jalalon is back to his best for Magnolia

CHITO Victolero has basically seen Jio Jalalon grow up in the Purefoods franchise before his very eyes.

Victolero assumed the coaching job in the team at a time when Jalalon decided to turn pro and entered the league as part of the 2016 PBA special draft.

So from the very beginning, the champion coach knew exactly what the cat-quick guard can provide him and the rest of the team.

[See Magnolia welcomes back Lee with rout of Terrafirma]

Such was his unwavering faith in the playmaker out of Arellano that Jalalon is now trying to repay it by playing his best start so far in a season.

On Friday night, Jalalon had another remarkable job for the Hotshots, finishing with an all-around game of 17 points, six rebounds, and seven assists in a 104-83 Magnolia blowout of Terrafirma in the Philippine Cup at the Smart Araneta Coliseum.

It was the fourth straight win for the team that made it to the finals of this same conference last year, improving to 5-3 overall for solo fifth place.

During that winning stretch, Jalalon averaged 16.7 points, 6.0 rebounds, and 7.5 assists, filling the void in the absence of injured main man Paul Lee.

Jalalon is obviously having a blast so far early this season, considering he’s less than a year removed from almost falling out of management’s good graces following some personal problem that bothered him.

That time there were even talks about Jalalon being considered as candidate for a possible trade by Magnolia. 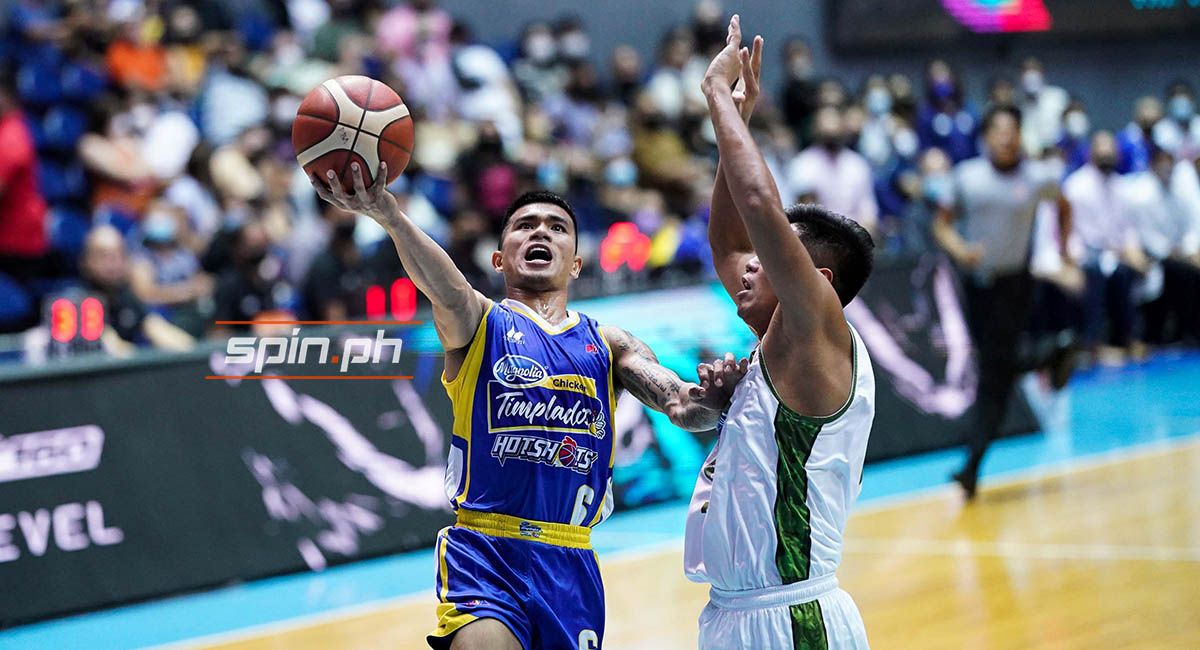 “No. wala,” said the coach if he ever tinkered with the idea of parting ways with the first ever rookie he picked in the draft.

The 46-year-old mentor knew what Jalalon went through personally during those trying times, and all he could provide his player is personal guidance.

Victolero said he along with deputy Johnny Abarrientos always stood behind Jalalon as mentors and older brothers.

“As a coach and as a brother, lagi ko siyang pinaa-alalahanan together with coach Johnny. Kami yung laging tumututok kay Jio,” added the Magnolia coach.

His personal problem now all behind him, Jalalon is playing his best basketball in the league so far. And Victolero wouldn’t be surprised if he gets even better in the coming years.

Amen to that, coach.