Wondering how best to get to Philippine Arena for the PBA opening? Here's how

WONDERING how to get to the Philippine Arena on Sunday for PBA opening day?

PBA fans planning to troop to the 55,000-seat Philippine Arena in Bulacan for the opening of the PBA’s 40th season this Sunday will have to shell out around P75 to P150 for a two-way fare.

Those coming to the playing venue from Balintawak via Santrans (white and orange buses) need to pay just P30. The pick-up point is from A. Bonifacio in Balintawak in Quezon City and will take passengers all the way to Patubig Road (commonly mistaken to Duhat Road in Bocaue, Bulacan.)

From Patubig in Sta. Maria, Bulacan all the way to the back gate of the Philippine Arena in Barangay Mahabang, Parang, a special tricycle trip will have fare ranging from P35 to P50.

Another route to the cavernous venue owned by the Iglesia ni Cristo is to take a bus from EDSA (usually Del Carmen, Corinthians, and ROB Transport buses) that cost P35 before alighting in front of Sanders Egg Store in Barangay Bagbaguin (about a kilometer after the Bocaue exit).

From there, fans can ride tricycles all the way to the main gate of the Arena for P20 per head.

Sta. Maria mayor Omeng Ramos said he has asked the different tricycle organizations in the town not to overcharge cage fans who will be watching the opening ceremony of Asia’s first play-for-pay league.

Ramos also bared a number of Sta. Maria policemen will be deployed along the routes leading to the Philippine Arena.

Meanwhile, here is a map that can guide fans travelling to the venue by private vehicles: 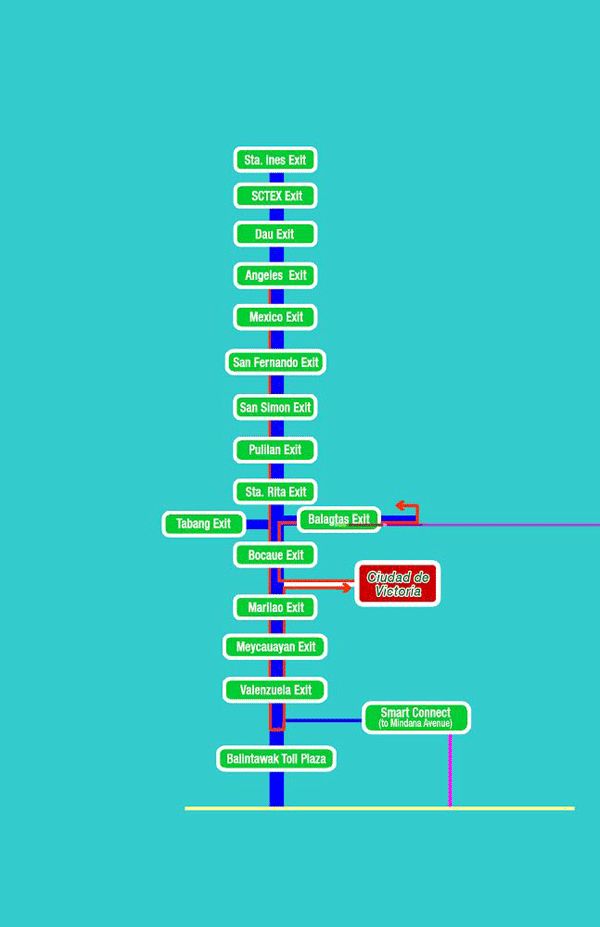 For those coming from Edsa, take the NLEX tollways then get off right at the main gate of the Philippine Arena right after the Marilao exit.

For those coming from the North side of NLEX, they can take Bocaue exit then turn left going to Sta. Maria, Bulacan, turn right at the New Bypass Road (in front of Caltex and Sanders Rd) then straight ahead to the main gate of the venue.

People who wants to avoid the expected heavy traffic in Turo (Bocaue exit) can drive southbound up to the Smart Connect after Valenzuela exit to U-turn, back to the north bound lane of NLEX (so as not to be charged extra amount for exit and re-entry) to the main entrance of the Arena along the tollways.