COLUMN: Aces misplayed their cards in the Vic Manuel negotiations

CHICAGO - Even after a Friday meeting that was meant to smoothen out some fractured feelings, a gripe-stricken Vic Manuel insists he'd rather take his talents elsewhere.

Adding the word "talaga" as a forceful kicker to his declaration suggests finality.

Shortly after the 33-year old overachiever made his feelings known, Cariaso issued a statement that, contrary to previous claims, Alaska's management did reach out to Manuel through his agent last December 26 and on December 31.

But even before the smoke of that communication confusion could settle, Manuel's camp exposed another damning revelation that they requested contract negotiations last June and was "largely neglected."

As this friction predictably heats up in the upcoming days, expect more accusations and rebuttals to crossfire across the headlines and multiple social media platforms. 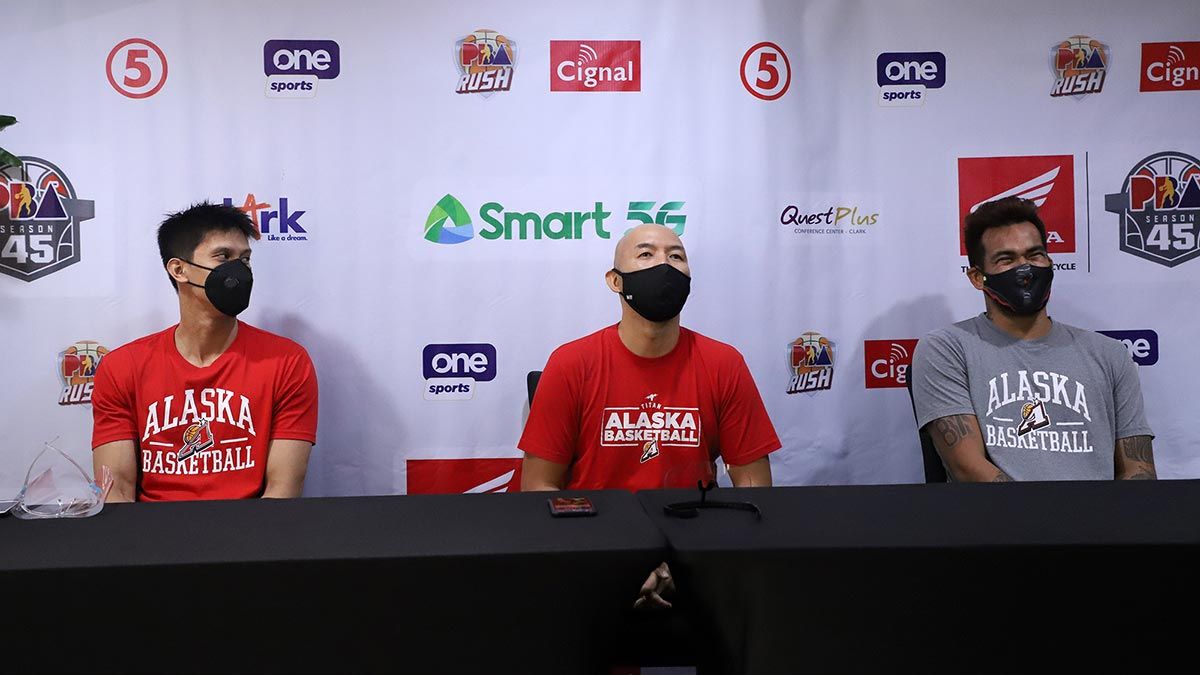 It is therefore up to the PBA public to determine who is telling the truth: The beloved and highly respected agent Danny Espiritu or an Alaska rep, who is likely going to be a standard issue, slacks-and-tie wearing corporate guy who plies his trade inside the lines of a carefully crafted press release.

For whatever it's worth, I'll take Espiritu's word. Seven days a week and twice on Sundays.

Still, why did it even come to this point?

Instead of waiting in the last five days of the contract's expiration to initiate talks, Alaska should have long ago laid the groundwork for an extension.

They should have stalked Vic Manuel's phone like an aggressive telemarketer and risked even the illusion of tampering for some old-fashioned tender loving pampering.

And if Alaska really did intend to re-sign Manuel as a "number one priority," then why was the contract offer so thin and soaked with clauses?

ISN'T LOVE SUPPOSED TO BE UNCONDITIONAL?

Had Alaska played its cards right, it would have now been holding a fiercely loyal Ace instead of a disgruntled one.

It should also be noted that in his nearly seven years with Alaska, Manuel has yet to win a championship. In each of his five Finals appearances, he has only stumbled into a bridesmaid finish.

Never once fitted with a ring, he had for too many times settled for the discarded, often unwanted, bouquet.

Maybe the poor guy is suffocated by all the losing. Hence the eagerness to flee.

And should his wish be granted, Manuel should never have to fear any backlash from the Aces fan base. He has been a constant highlight to that once-sparkling, Grand Slam-winning franchise.

Only fools begrudge another man's pursuit of happiness.

By all accounts, the Uytengsus, the blue-blooded team owners, are good people. And even better ones to deal with.

Reconciliation is not out of bounds.

But I doubt it.

There's too much blood in the water now.

Or, in Alaska's case, the milk is starting to spoil and smell a little rancid.