CHRIS Newsome is one of the four Meralco players who will be pitted once again versus Barangay Ginebra in a PBA Governors’ Cup finals series, the others being Cliff Hodge, Reynel Hugnatan, and Anjo Caram.

For this clash, Newsome thinks that the Bolts can finally win one against the Kings in this their fourth meeting with the league’s most popular ballclub especially with a healthier line-up.

“The famous saying, ‘The fourth time is a charm,’” said Newsome with a smile. “But in all seriousness, this time around, it’s going to be a lot different because they got a different line-up than they had last time as well. We are both going to be adjusting.

Barangay Ginebra has been hounded with injuries with Stanley Pringle not playing for majority of the conference. Still, the Gin Kings found a way to reach the finals where it is set to clash once again with the Bolts.

Newsome, who was a rookie when Meralco lost the first time to Barangay Ginebra in a Governors’ Cup finals, is not taking things lightly even with the absence of key Kings players.

“They are missing some key pieces. Pringle is not there. We don’t really know the overall status of Japeth. Regardless, we just have to go out there and put our best foot forward regardless of which is out there,” said Newsome. 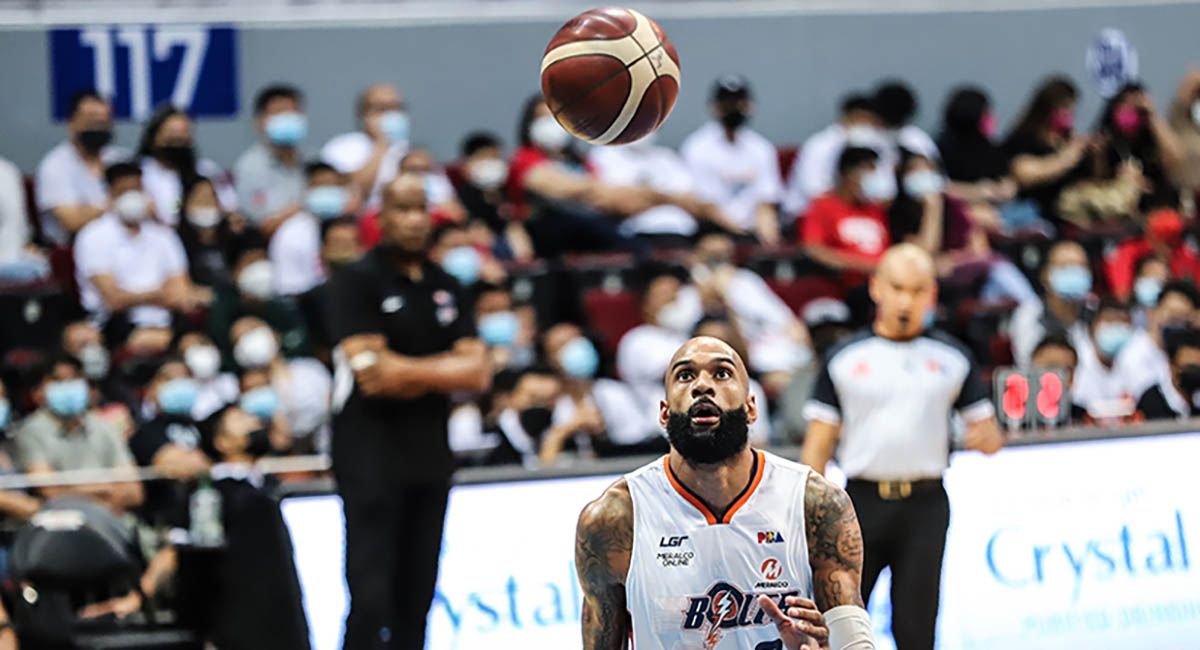 Meralco has Tony Bishop this time as the Bolts battle Ginebra again in a title series.

The 31-year-old Newsome noted that they have a complete line-up heading into the finals especially following the rousing victory in which the Bolts defeated top-seed Magnolia, 94-81.

“I feel good about this one because we have a healthy line-up. Raymond is healthy. A lot of our guys are healthy and they are starting to peak at the right time. AB (Aaron Black) had the game of his life today. I’m super proud of that kid. Hopefully, he can follow it up in the finals again,” said Newsome.

Newsome thinks that Meralco has learned from the past and the experience of previous letdowns will come in handy for the Ginebra finals.

“It’s not going to be one person. It’s going to be a full effort. Now more than ever, we’ve learned a lot of our mistakes. We know what it feels to lose. I don’t think losing is a fear for us. I don’t think we are scared of losing.