Will we see an Alaska vs SMB quarterfinal? Here are PBA scenarios

THE PBA Governors’ Cup elimination round is down to its final two playdates, but most of the seedings for the quarterfinals are still undetermined. Going into the final weekend of games, here are the team standings, minus the three teams which are already out of the playoff picture.

Here are the games in the final weekend of the eliminations:

With the eliminations set for a thrilling finish, SPIN.ph examined the possible scenarios that could happen at the end of the weekend and here's where your favorite teams could possibly end up when the dust is settled.

What are the possible places of Ginebra? No. 1 and No. 2

How can Ginebra get No. 1? The Gin Kings get No. 1 outright with a win over TNT.

Ginebra can still end up in a four-way tie for first place with an 8-3. Can Ginebra still be at No. 1 after a loss to TNT? Yes, as long as Phoenix beats Blackwater on Saturday as the Kings won in all their games against Magnolia, Alaska, and Phoenix.

How will Ginebra end up at No. 2? The Kings will finish at No. 2 with a loss to TNT and a win by Blackwater over Phoenix as Magnolia will have the highest quotient among Ginebra, Alaska, and Blackwater (in that order) in the event of a four-way tie. 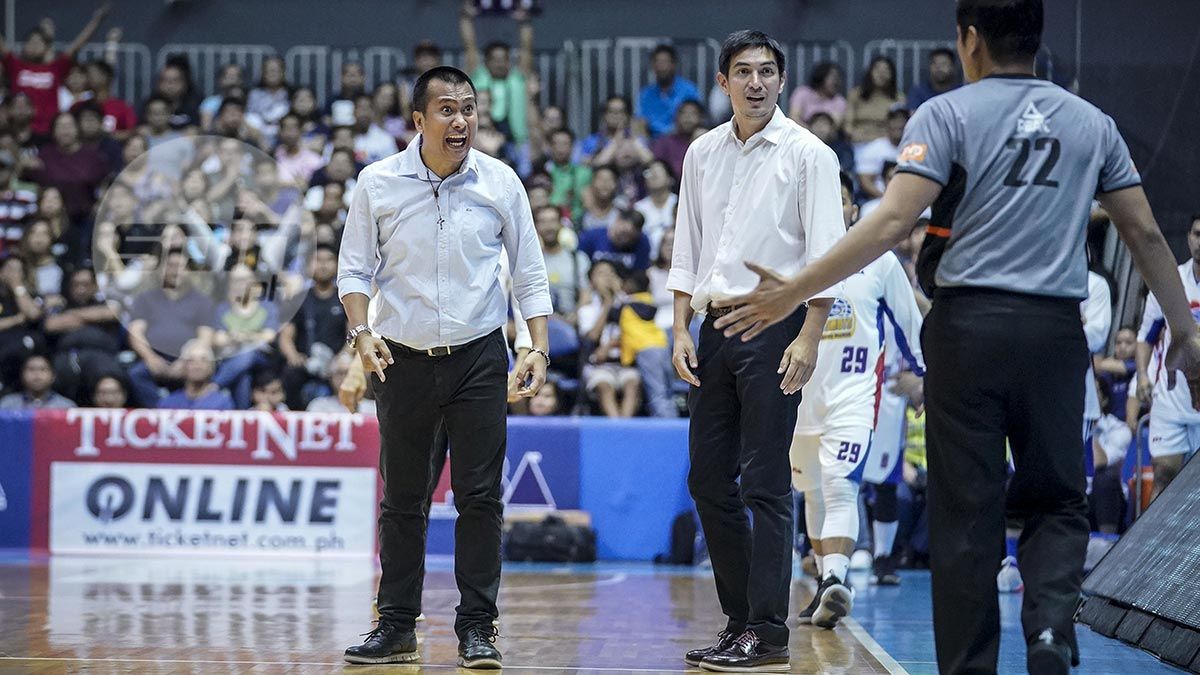 With the loss to Ginebra last Sunday, can Magnolia still get the No. 1 seed? Yes, as long as Ginebra loses to TNT and Blackwater beats Phoenix on Saturday. The Hotshots’ 34-point win over the Elite will prove to be crucial as they will have the superior quotient if they end up in a four-way tie with Ginebra, Alaska, and Blackwater.

Can Magnolia still be at No. 2? Yes, if Ginebra beats TNT on Sunday and Blackwater beats Phoenix. Magnolia will end up in a tie with Alaska and Blackwater but will obtain No. 2 by virtue of a +44 quotient, thanks to victories against the Aces and the Elite in the eliminations.

What is the lowest seed Magnolia can obtain? Despite their stellar play in the conference, Magnolia can still finish at No. 4 if it ends up in a tie with Ginebra, Alaska, and Phoenix. The Hotshots are 1-2 against those teams, having lost to Ginebra and Phoenix by a total of 20 points. It will be the same case in a three-way tie for second between Alaska and Phoenix due to a -3 quotient.

What is the possible seed Alaska can get? The Aces have clinched No. 3 regardless of the results of the remaining matches. 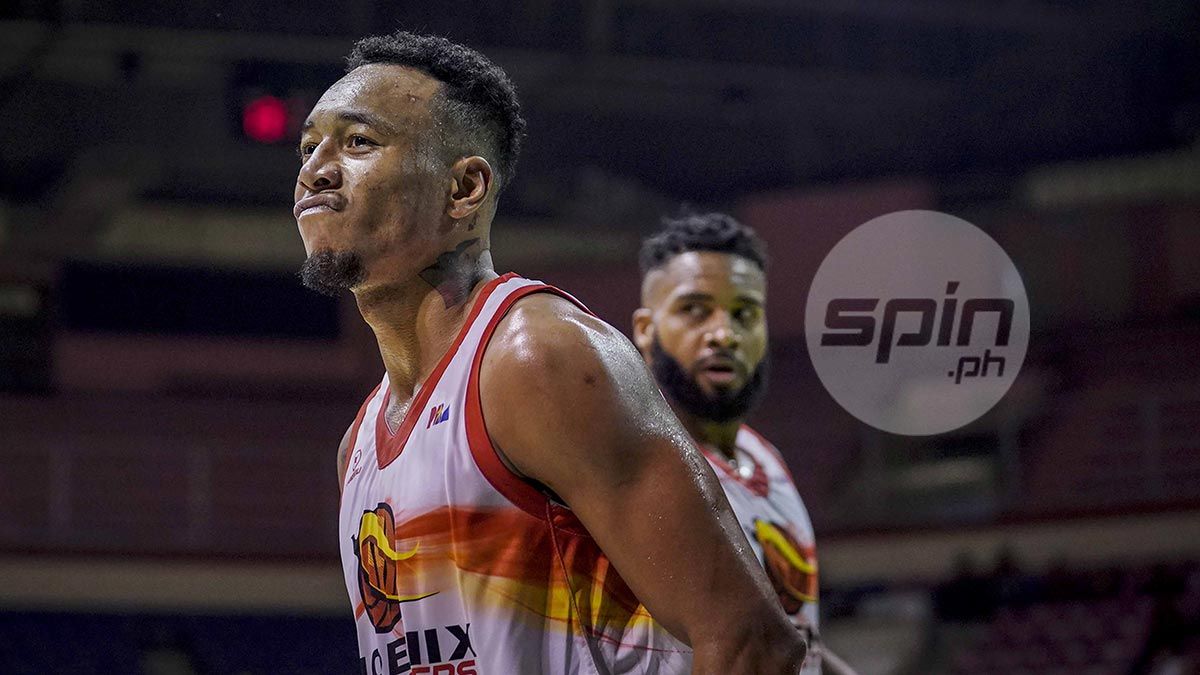 What is the highest seed Phoenix can obtain? The Fuel Masters are still in contention for the No. 2 spot.

How can Phoenix get that No. 2 spot? A Phoenix win over Blackwater will give the Fuel Masters the second-seed as they will have the highest quotient of +2 among Alaska and Magnolia in the event of a three-way tie.

If Phoenix loses to Blackwater, what seed can they get? The Fuel Masters will miss out on a twice-to-beat advantage in the quarterfinals if they lose to Blackwater, since they can end up either at No. 5 or No. 6. Phoenix will get No. 5 if San Miguel loses to Meralco, while it will drop to No. 6 if San Miguel beats Meralco as the Beermen won over the Fuel Masters by 17 in the elimination round.

Is San Miguel already out of contention for a twice-to-beat advantage? Yes.

How can the Beermen get No. 5? Through a win against Meralco and a Phoenix loss to Blackwater. The Beermen will take the tiebreaker in such a scenario, having won over the Fuel Masters in the elimination round. 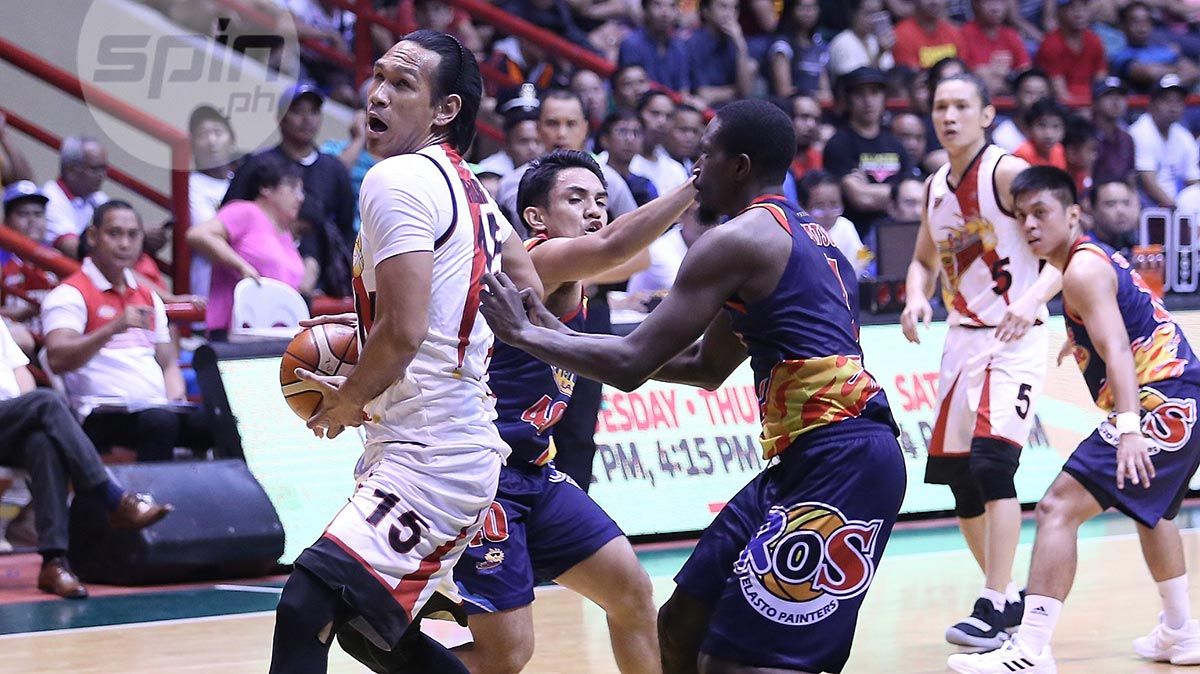 How can NLEX get No. 7? NLEX will get the No. 7 seed with a win over Rain or Shine, regardless of the result of the San Miguel-Meralco match.

How can NLEX land at No. 8? If NLEX loses to Rain or Shine, Meralco beats San Miguel, and TNT loses to Ginebra, the Road Warriors and the Bolts will end up in a tie for seventh place. The Bolts though will claim No. 7 as they beat the Road Warriors in the elims.

NLEX can still end up in a three-way tie for seventh with Meralco and TNT. What will happen then? The Road Warriors have the superior quotient, so they will claim the seventh seed, while the Bolts and KaTropa will battle for the eighth and final spot in the quarterfinals.

Where is Meralco now in the team standings? The Bolts are tied with TNT at eighth place with a 4-6 card.

Has Meralco clinched a quarterfinal berth? No, as they need to win against San Miguel, and for TNT to lose to Ginebra to advance to the playoffs outright.

What is the highest seed Meralco can get? Despite their struggles in the conference, the Bolts can still get No. 7, but only if they win over San Miguel and end up in a tie with NLEX in the standings.

What happens if Meralco and TNT are still tied for eighth at the end of the eliminations? As per league rules, the two teams tied for the eighth and final playoff spot will battle in a playoff match. 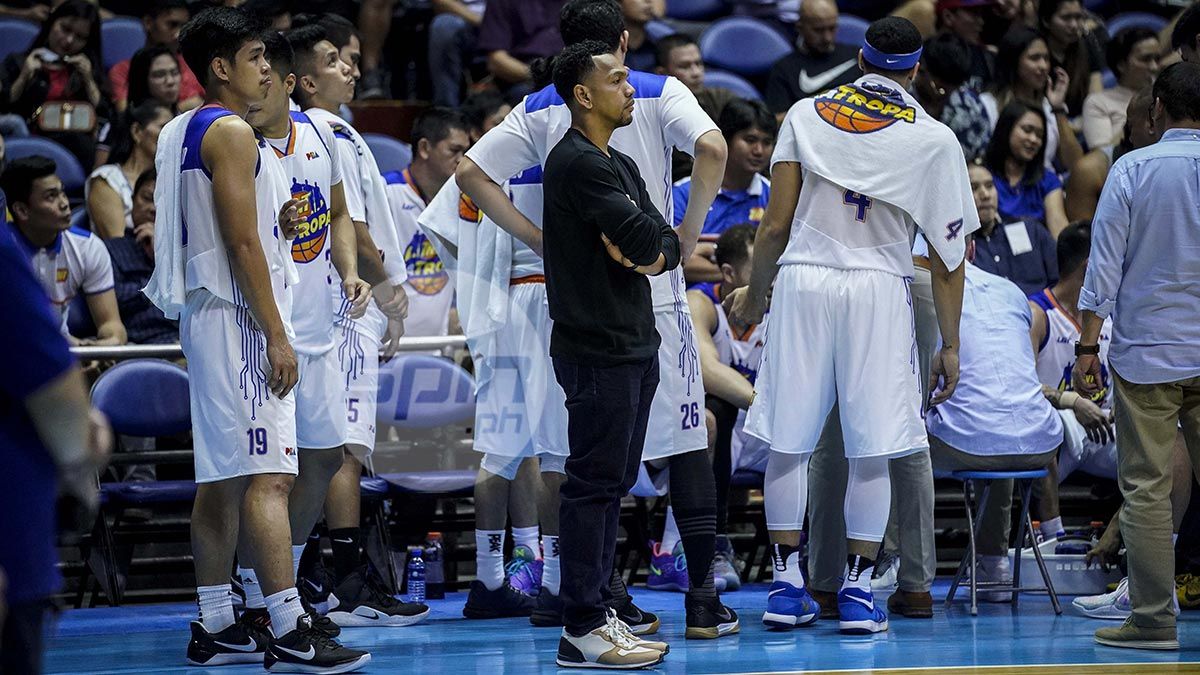 Where is TNT now in the team standings? The KaTropa are tied with Meralco at eighth place with a 4-6 card.

Has TNT clinched a quarterfinal berth? No, as they still need to beat Ginebra, and for Meralco to lose to San Miguel to advance to the playoffs outright.

What is the highest seed TNT can get? The KaTropa, with a victory over Ginebra, can only go as high as No. 8 , even if it ends up in a tie for seventh with NLEX as the Road Warriors won in their elimination round contest.

What happens if TNT and Meralco are still tied for eighth at the end of the eliminations? The two teams will battle in a playoff for the eighth-seed.