COLUMN: Will Simon Enciso end up at Ginebra? Let's see

CHICAGO - Simon Enciso was about to start his morning workout at a climate-controlled high school gym in Las Vegas when his routine was rudely interrupted.

Thanks to a mutual friend's hook up, I was on the other end of a cell phone line with a notepad full of questions.

Gym rats frown at intrusions. Training sessions are viewed like a religious experience, a sacred rite between a man and a hoop, with no unscheduled interludes.

Fortunately for me, the 5-foot-11, 185-pound guard turned out to be more flexible than a contortionist, something I struggled doing with the "ten minutes" I was given for the interview.

Enciso, who was born and raised in California, flew back to the United States shortly after his previous team's conference ended last month to attend to an important family matter.

There is no timetable for his return to the Philippines just yet, but even with some time off, he is keeping busy honing his game.

After a brief foreplay of greetings and introductions, I buckled down to business. 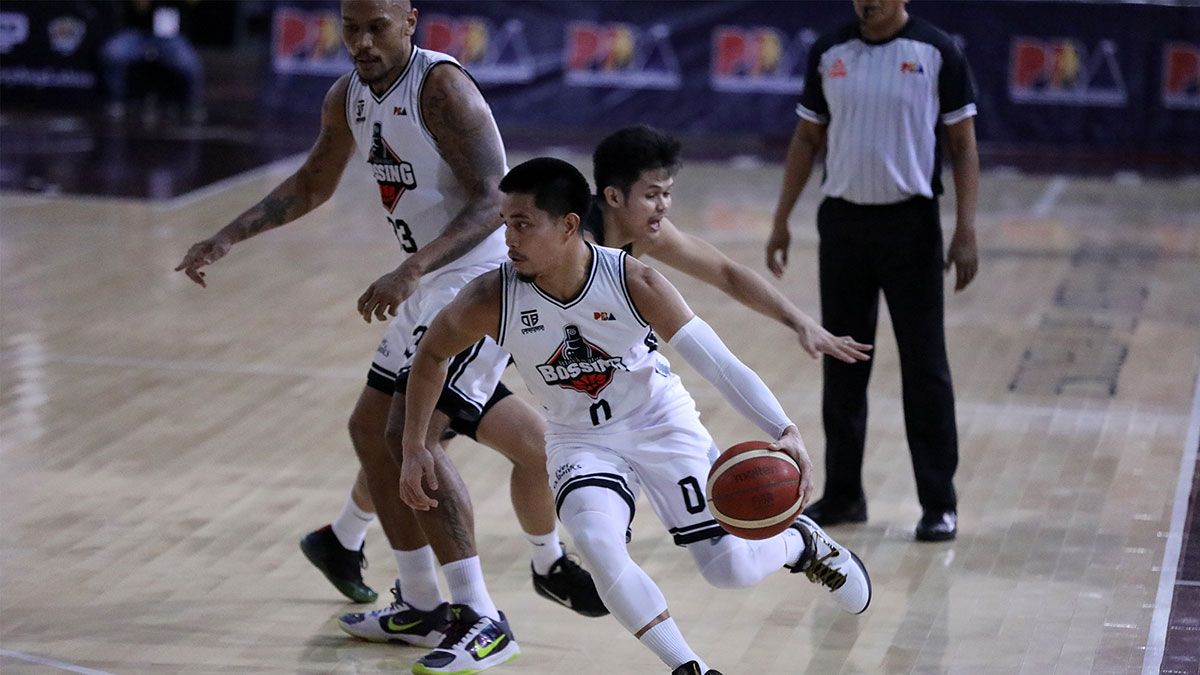 "DID THE TRADE FROM BOSSING TO DYIP SURPRISE YOU?

"Yes," said Enciso, who after leading Blackwater's ill-fated Philippine Cup campaign with 13.7 points per game was surprisingly traded by the Bossing to Terrafirma for Rashawn McCarthy.

"But that's the nature of the business and I intend to be professional about it. I thank Blackwater for the opportunity and I look forward to playing for Terrafirma," he added.

Bossing had endured 11 defeats in their past campaign, bumping their consecutive losses to 19, which is a league record for futility.

Although the nightmare took a toll on the 5-foot-11, 185-pound guard, he is only shaken, not broken.

"It was really frustrating. I hate to lose. But I learned a lot from the ordeal and I hope I can be better for it as I move on with my career."

My source insists Ginebra is "hot on Enciso," so I asked if he is indeed joining the Gin Kings, potentially his seventh PBA stop since he was taken as the 17th pick in the 2015 draft.

"I saw your tweet about that. It's crazy but right now my focus is solely with Terrafirma and how I will be able to help them."

On a Sunday morning where he could have slept in and just chill, Enciso made the desert trek the night before and then woke up early to be with his trainers.

So what is it in his full package as a combo guard that he needs to reinforce?

"A lot of things," replied. "Basketball is a never-ending quest for learning. Right now, though, I'd like to emphasize more on how I can improve my mid-range jumper."

THE PLAYOFFS ARE HERE SO I WONDERED WHO HE GOT.

He sounded amazed at how good TNT is. But he also cautioned that even with an 0-1 series deficit, the San Miguel will be a tough out.

"They have to beat them three more times," he made note. "A tough task," he added as he rattled off the names from the Beermen's star-studded roster that began with June Mar Fajardo and ended with Chris Ross.

Enciso also mentioned Magnolia to be in the mix to win all the marbles in Bacolor, Pampanga.

"I've been in the Finals twice and I miss the winning culture and the chase for a championship. I'm sure those guys are having fun out there and I'm excited for them."

And just like that, I ended our chat at the nine-minute mark, leaving a sparse minute for thank yous and goodbyes.

But I have a feeling we shall speak again.

Sometime soon, when Ginebra makes a formal announcement that they have acquired Simon Enciso.