CRITICIZED for its players' failure to suit up for the national team in three major international cage tournaments, Alaska is now putting its full support behind Gilas Pilipinas’ bid in the coming Fiba-Asia Men’s Championship.

A source revealed to Spin.ph that Alaska team owner Wilfred Uytengsu has given veterans Sonny Thoss and Dondon Hontiveros the green light to join the Gilas tryouts and approved a request to have Aces coach Alex Compton be part of Tab Baldwin's staff.

Compton was not available for comment as the amiable Alaska coach is currently on a short US trip to attend the 50th wedding anniversary of his parents. He won’t return to the country until Thursday in time for the Aces’ all-important game against streaking San Miguel Beer.

The source bared Baldwin was particularly impressed with Compton’s defense and full-court press with Alaska, which the national coach believes will be very effective in open court games of international tournaments.

Sources told Spin.ph JVee Casio and Calvin Abueva were also considered by Baldwin before Hontiveros and Thoss were committed to the Gilas pool.

Hontiveros, who suited up for the national team in the 2002 Asian Games in Busan, was surprised when Spin.ph informed him about Baldwin's interest in tapping his services for Gilas. 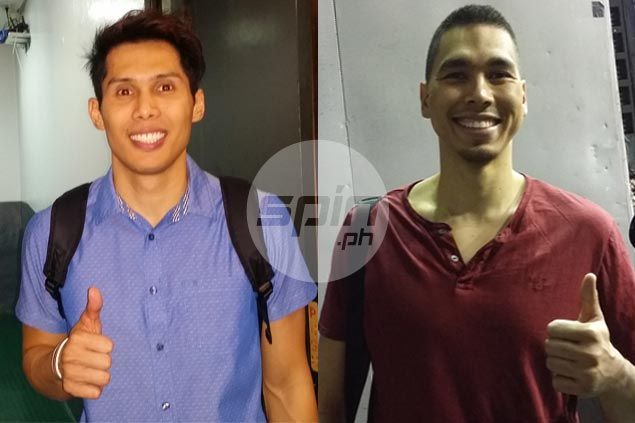 Hontiveros believes his shooting will be an asset for Gilas.

Thoss also expressed elation in another possible stint with the national team. He was part of the Gilas team that won the 2013 Jones Cup but was dropped from the Fiba-Asia team, owing to injury.

“No one has spoken to me. I have no word of the Gilas thing. But I am excited, of course. Any time you are given a chance to represent the country, it’s a great honor,” he said.

“Anyway I can help. I am excited but right now, I’m more focused on this conference (with Alaska), and by the time it (Gilas tryout) comes, I’ll be ready,” he added.

Both Alaska players are also willing to go through tryouts if necessary.

“Whatever needs to be done. This is a professional game. If I go to try out, and I try out. If not, I am still grateful for being selected,” said Thoss with a smile.

“Siyempre I want to learn kahit at this age. Who knows, maging assistant coach (ako). I hope to learn from coach Tab,” said Hontiveros.

Here's a video of the interview with Thoss and Hontiveros: