Why the hell is NLEX trading Poy Erram to TNT? Let's dig deeper

UNLESS something strange happens, expect John Paul 'Poy' Erram to be moving from NLEX to TNT KaTropa in a three-team trade also involving Blackwater.

The complicated trade, first reported by SPIN.ph's Gerry Ramos on Monday, will start with TNT sending rarely used big man Marion Magat and a future first-round pick to Blackwater, which stands as the 'conduit' in the deal involving two sister teams.

The deal has yet to be made official, although NLEX has already posted a message on its Facebook page thanking Erram for his contributions to the team.

Last we heard, only minor revisions are needed for the trade to get a stamp of approval from the PBA's four-man trade committee.

The deal, more than anything else, looked wrong on many levels for NLEX, which, after years of frustration, finally looked as if it had put together a team under Yeng Guiao that can consistently make the semifinals - and perhaps beyond.

The 6-8 Erram was a major piece in that NLEX team. The former Ateneo big man is the starting center in a lineup that also has Kiefer Ravena and Kevin Alas in the backcourt as well as JR Quinahan, Larry Fonacier, and rookie Mike Ayonayon.

So why trade Erram?

Speculations on social media pinned the blame on a supposed falling-out between Erram and Guiao, who in one viral video last season was seen giving the big man an earful in one of his rants in one game last year.

Erram, naturally, became so fed up with his hot-headed coach that he now wanted out, right?

Well, the assumptions are dead wrong.

A number of insiders that SPIN.ph talked to swore Guiao and his big man have a good relationship. Guiao, in an interview on Monday, even went as far as categorically say that he doesn't want to trade Erram if the decision was his to make.

The feeling, insiders said, is mutual. Erram, they say, isn't too keen on leaving NLEX and moving back to TNT, which, ironically, took him in the second round of the draft, only to release him to the dispersal draft for Blackwater to pick back in 2014.

If Guiao doesn't want to trade Erram and Erram doesn't want to leave NLEX, why then are the Road Warriors trading a player that it needs badly? That is, if it hopes to be a legit contender in the coming season. 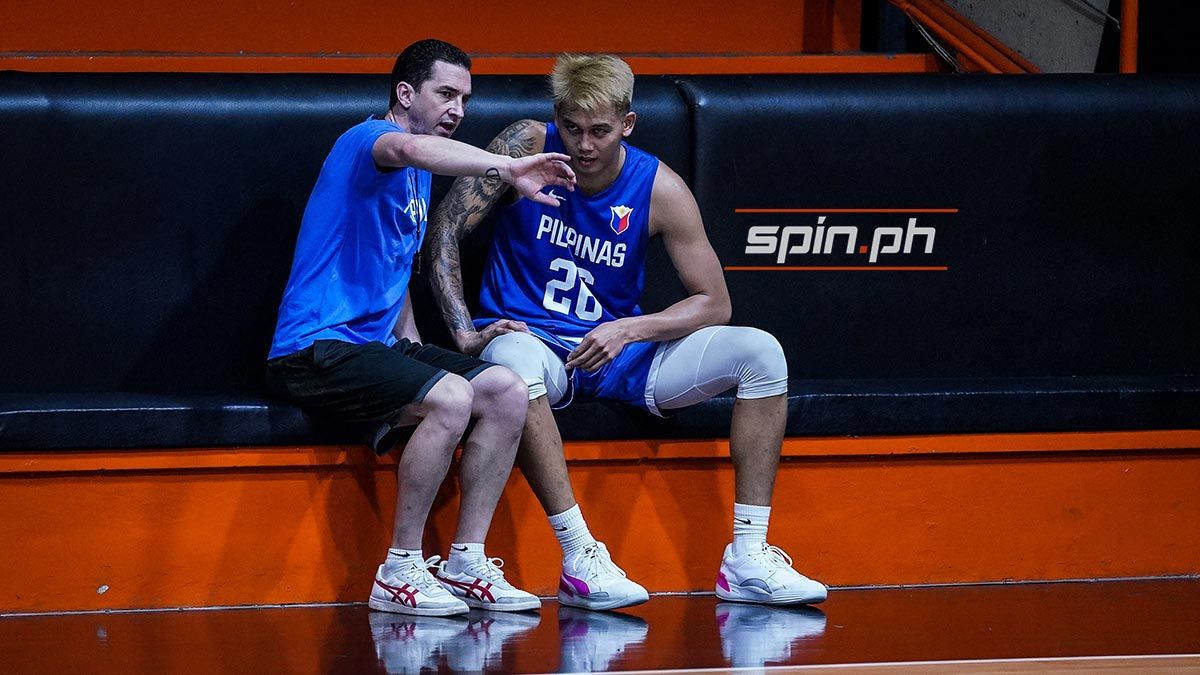 Sources confirmed that Guiao was speaking from the heart when he said the decision was made 'not at my level.' Meaning, team officials 'higher' than Guiao set up the deal that would greatly benefit TNT with the arrival of Erram.

Remember, Guiao is not only coach but also the general manager of the NLEX basketball team, meaning he has the final say on all major decisions, most of all player movements, made by this MVP-owned team.

So who made the decision? Your guess is as good as mine.