It was a rare show of emotion for the coach that wears many hats. Aside from being Ginebra’s chief assistant to Tim Cone, Del Rosario is also a sportscaster who often pokes fun at himself on television, particularly at his PBA career.

Asked by SPIN.ph about that memorable moment caught on television, Del Rosario said it was a jumble of emotions, not solely because of the Ginebra championship.

“It was a mixture of emotions,” said Del Rosario. “Joy because we won the title, relief and fulfillment because the [PBA] bubble was successful, and gratitude to God for making it all possible.” 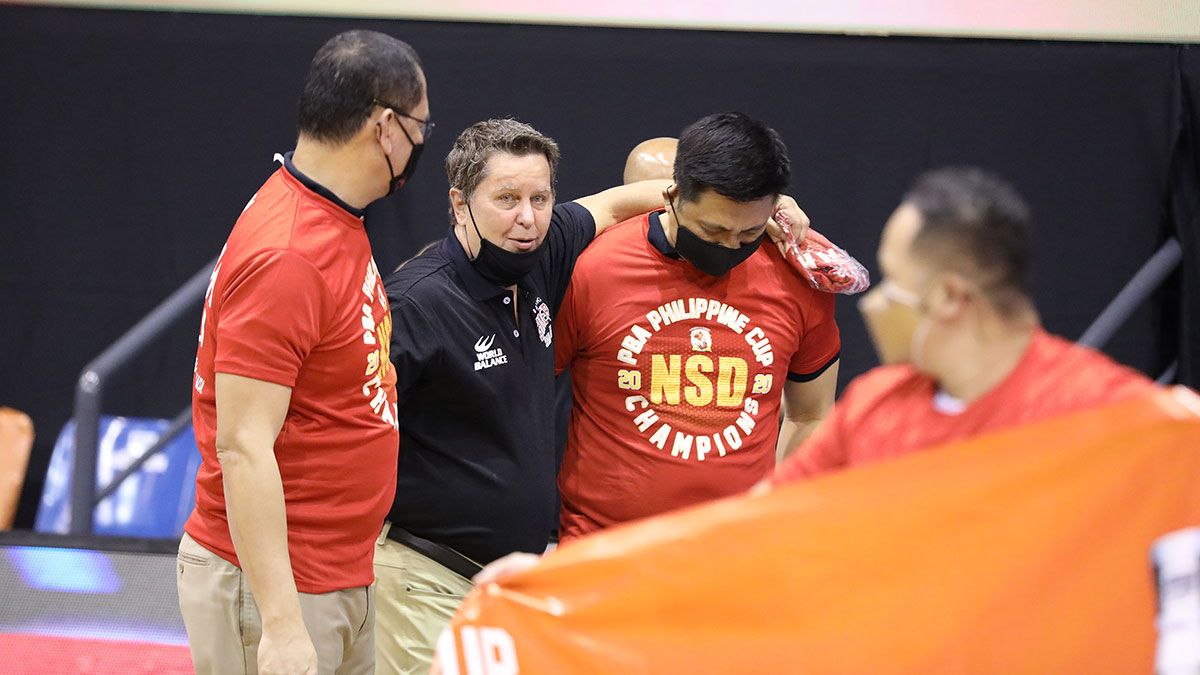 Months prior to the Philippine Cup bubble, the Gin Kings assistant coach was the first to put forward the idea of holding a Quarantine Cup — a suggestion that was questioned and even ridiculed on social media.

Under Del Rosario’s proposal, the Quarantine Cup would feature a 17-day elimination round and playoffs to be held under strict health protocols. Before the season, all PBA teams will undergo testing with those yielding a negative result sent to a quarantine facility where training begins.

Del Rosario also proposed a four-game, seven-days-a-week elimination round to be played in two venues to fast-track the end of the season.

“It’s no secret that I pushed for this early in May and I received a lot of flak on social media saying masyado ako nagmamarunong, member daw ba ako ng IATF and hindi ko daw pinag-isipan ‘yung proposal," the former PBA player said.

"It was very stressful. I even connected some groups who were interested in hosting the bubble with the PBA,” added Del Rosario.

The conference eventually became a reality with the PBA deciding to play in a bubble similar to that of the NBA.

Although the PBA bubble was slightly different from Del Rosario’s proposal, the principles were essentially the same — a compressed conference aimed at bringing basketball back for Filipinos amid the challenging times.

Del Rosario said the championship will definitely go down as the most memorable of his career. More importantly, the bubble was proof, Del Rosario said, that, with teamwork, anything can be accomplished.

“Even if I didn’t have a direct in the Clark bubble, I tried my best to help in whatever way I could to make it successful," he continued.

"Winning the championship was great and it is by far my most memorable one, but the biggest takeaway from all this is that we can accomplish great things if we all work together and that’s what happened in this bubble.