COLUMN: Why Pingris and Simon comeback in MPBL is unlikely to happen

CHICAGO - Even at age 40, Marc Pingris is a stud. He still got that quick smile and easy charm.

Those intangibles, plus the well-defined physique that suggests he can still handle the strain of competition, made the recent announcement of his return to pro basketball via the MPBL's Rice Vanguards a stirring headline news.

And rightfully so. Pingris' resume is both dazzling and dizzying.

A champion nine times over, Marc also has a pair of Finals MVP plums that varnish his legacy. A 15-time All-Star, he owns three Defensive Player of the Year awards, hardwares that stamp his excellence on both ends of the floor.

It took just 16 years in the PBA for the 6-foot-4, 215-pound bruiser from Pangasinan to assert himself as the one of the 40 Greatest Players to ever play in the 46-year old league.

With his movie star good looks, plus the fact that his lovely bride hails from Philippine celebrity royalty, Pingris would have been an instant box office draw who would fill MPBL arenas near and far.

And then sadly, stunningly, he would not.

Despite initial statements that he can still play at an elite level and is eager to pass the knowledge along to his much younger would-be peers at Nueva Ecija, multiple sources in both leagues told me Pingris will abandon his plans to take his talents to the MPBL.

PINGRIS HIMSELF IS MUM ON THE IMPENDING TURNAROUND, WHICH IS MYSTIFYING CONSIDERING HOW WIDE HIS GRIN WAS IN THE PHOTO-OP THAT HERALDED HIS UNRETIREMENT.

It would be inappropriate and irresponsible to insist that Marc's former team, San Miguel, pressured him not to play in the MPBL.

But I will offer you, my readers, two facts that are essential to this story. And I'll let you draw your own conclusions.

Firstly, Marc Pingris no longer has a player's contract with San Miguel. But he has a contract as a grower with Magnolia's poultry business.

Secondly, San Miguel and Chooks-To-Go are bitter rivals. I wouldn't recklessly assign the word "hate" to describe the relationship. But after talking to both camps, I did not need to summon any brain power to decipher that genuine affinity doesn't flow on either side.

And guess who just took over operations at the MPBL?

You guessed it, geniuses. 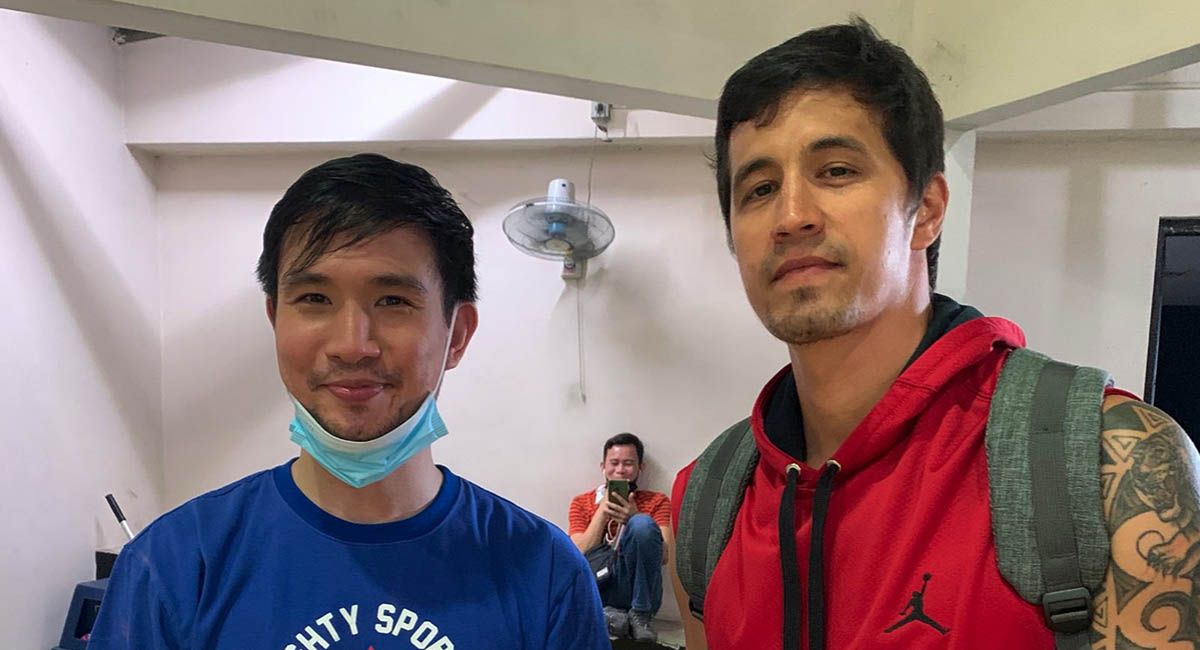 Even if it's true that San Miguel applied pressure on Pingris, allegedly threatening the cessation of their business relationship, I can't just dismiss the move as petty and a childish burst of jealousy.

The beer giant has a reasonable cover here and can insist that the stiff arm on Marc's desires is nothing more than a forceful loyalty check that corporations often do to warn its associates about the peril of flirting with dangerous lines where interests may conflict.

If blame were to be assigned in this fiasco, it does not fall on Pingris. He merely wants to play.

However, a thought gives me pause.

Before media rounds were made, would it have been prudent to call the good folks at the SMC headquarters and get a green light?

BUT THEN AGAIN, WOULD SMC EVEN TAKE THE CALL GIVEN THE ANIMOSITY?

That said, I would not fault the MPBL for logically assuming that only the existence of a player's contract, not a business arrangement, was the lone string that could tie Pingris to San Miguel in perpetuity.

PJ Simon, who was announced as joining Nueva Ecija, is similarly wrapped in the same dilemma. He, too, I've been told, is running for the hills and as far away as possible from the MPBL.

His hands are clean, too. He only wants to play the game he loves.

This whole thing is a damn shame.

Pingris and Simon have so much basketball left to offer. With Chooks-To-Go's organizational and marketing machinery, the upcoming Invitational tournament would have been 13 damn days of basketball nirvana.

It won't be now. And while the event would still be a giant success, some of the luster fades with Pingris retreating back to quiet retirement.

In the end, it's the fans that ultimately suffer, kind of the same way kids are traumatized when their parents divorce.

Powerful adults with complex agendas are tussling here. But the moral of the story is simple and elementary.

Look before you leap.