A lot has changed since SMB, Magnolia last faced off in PBA Finals in 2013. Take a look

HALF a decade can surely make a whole of a difference.

It’s been five years since San Miguel Beer and Magnolia last battled in a PBA Finals back in the 2013 Governors’ Cup that the Hotshots, then known as the San Mig Coffee, won in seven games after being down, 1-2, in the series.

And a lot has happened since then, with the Purefoods franchise winning a Grand Slam the next season, before SMB replaced them as the league’s most dominant team the year after.

Before the two proud SMC conglomerate squads face off in the finals again, starting Game One on Friday night, let’s look at some of the factors that favored the Mixers the last time they met on this stage. 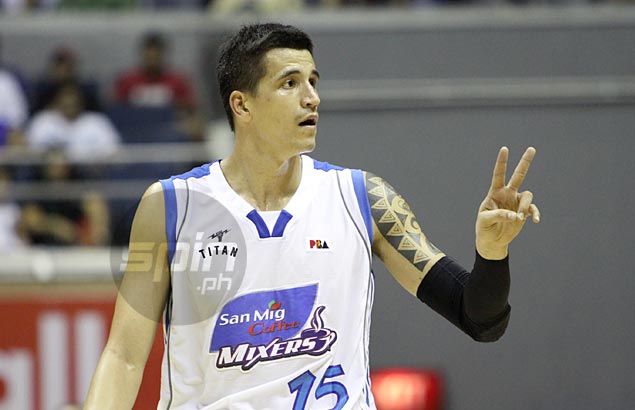 Marc Pingris was the Finals MVP of that series, averaging 12.6 points on 55.2-percent shooting, 8.5 boards, 3 assists, and 1.5 blocks in seven games, highlighted by his herculean effort in the deciding game where he pumped in 19 points, 17 boards, and five blocks.

But the Hotshots star is absent this time due to an ACL (anterior cruciate ligament) injury he suffered in the semifinals against NLEX. 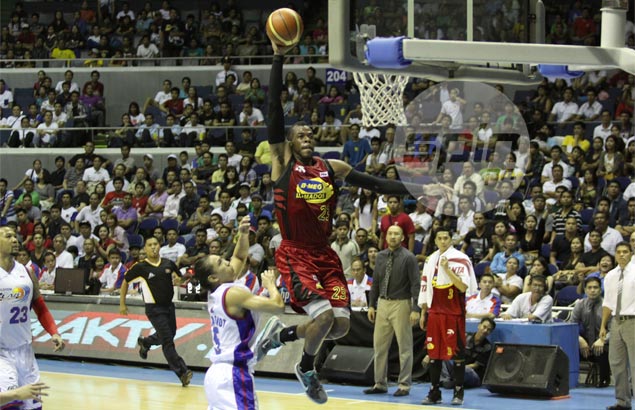 But now, both sides turn to their locals in leading them to the most prestigious title in the league. 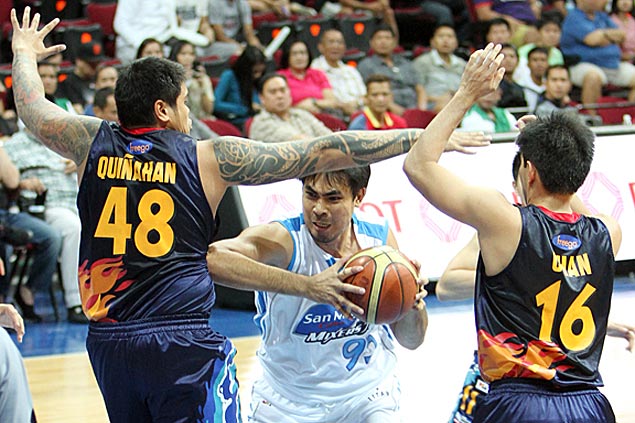 But the Beermen have the clear edge with their fearsome five of Ross, Alex Cabagnot, Marcio Lassiter, Arwind Santos, and June Mar Fajardo. 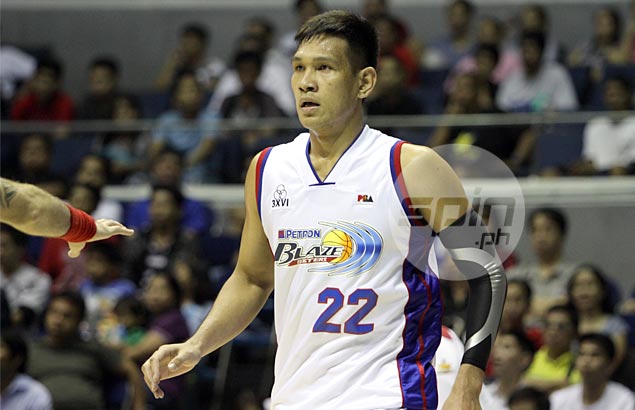 But now, the Cebuano giant has won four MVPs and has been through numerous playoff battles, coming into the series averaging 22.9 points on 65.4-percent shooting, 12.9 boards, 1.9 assists, and 1.8 blocks in 37.6 minutes in 16 games this conference. 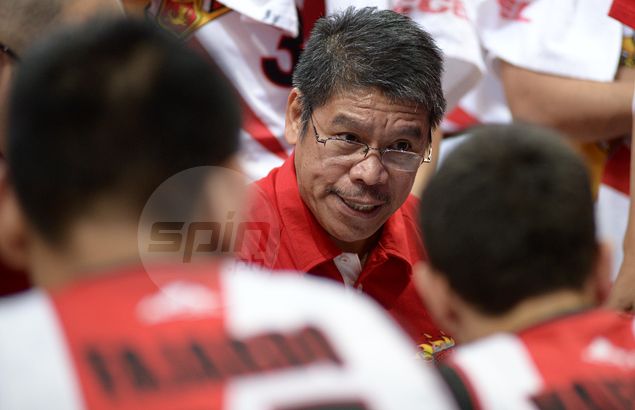 The Mixers had the clear advantage with Tim Cone, the league’s most successful coach, at the helm, and current SMB team manager Gee Abanilla coaching the Boosters.

Now, the Beermen have three-time Coach of the Year Leo Austria against first-time finalist Chito Victolero.