Manny Pacquiao's cousin Rene was supposed to be part of KIA team. Find out what happened

WHEN the 40th season of the PBA kicked off last Sunday, expansion team KIA was supposed to parade not one, not two but three Pacquiaos at the Philippine Arena.

There, of course, was world boxing superstar Manny Pacquiao in the role of KIA playing-coach, with wife Jinkee by his side as the muse of the ballclub during the elaborate opening ceremonies.

And the third one?

The 6-5 former Southwestern University forward was the Sorentos' third pick in the last rookie draft behind Pacquiao and Kyle Pascual, taken in the third round at 25th overall.

But in a last-minute decision, the KIA coaching staff and management decision to leave out the 27-year-old from the team's official lineup ahead of the Sorentos' debut in the pro league.

Rene didn't hide his disappointment over the cut.

Rene said he has been informed that he has been relegated to cousin Manny's MP team in the D-League, where another Pacquiao - Pacquiao's brother and former boxer Bobby - happens to be team manager.

Pacquiao, who played most of his basketball down South, also bared how his relatives in Cebu and Bukidnon had already expected him to be part of the protected 15 of the Sorento. 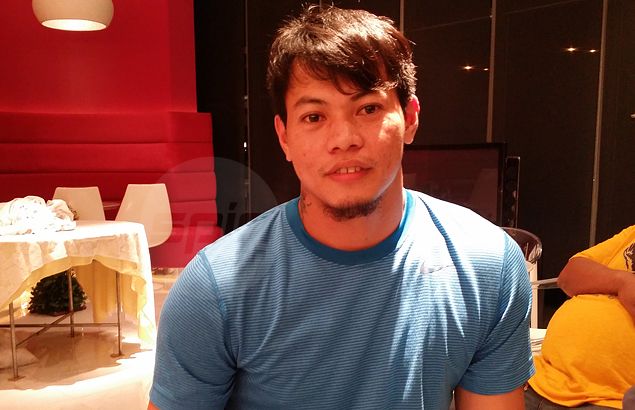 Team officials have been mostly silent about the cut, but sources said the coaches feel Rene is still not ready for the big league.

Here's a video of the full interview with Rene Pacquiao: