YENG Guiao is happy to have Wayne Chism back as Rain or Shine’s reinforcement for the PBA Commissioner’s Cup.

But after watching KIA import Peter John Ramos and Barako Bull Solomon Alabi throw their weight around inside the paint this conference, Guiao is convinced Chism needs to bulk up at the soonest possible time.

The Rain or Shine mentor said that in jest of course, but Guiao was dead serious in saying Chism needs to gain weight at the soonest possible time, considering the way Ramos has been dominating the league with his sheer size and power. 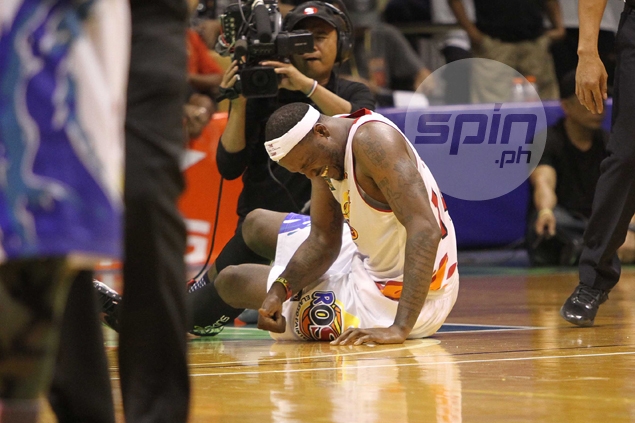 Guiao said he watched Ramos and the Carnival dominate the last four minutes of Friday’s match on the way to pulling off an epic 95-84 victory over defending champion Purefoods Star.

Add to that the fact that the referees have allowed players to be more physical.

“From last year to this year, I told Wayne that the league is a lot more physical because the refs allow more contact this conference,” said Guiao.

Meantime, Belga, who along with fellow heavyweight JR Quinahan form the dreaded ‘Extra Rice Inc.,' of Rain or Shine is convinced that Chism’s leaner frame could augur well for the team this conference.

Belga said Chism’s ability to shoot from long range will make their opponents second guess on defense, unlike with former import Rick Jackson, who is almost exclusively a post-up player.

The former Tennessee center/forward is coming off a stint with the Altshuler Shaham Gilboa Galil in the Israeli Basketball League where he averaged 10.2 points, 7.6 rebounds, 1.5 blocks and 1.2 steals per contest.

The 27-year-old Chism, a contender for last season’s Best Import award, will have his baptism of fire this conference on Friday when Rain or Shine takes on Alaska.