Troy and Mich exchange 'I do's.' Here's how their love blossomed in time of Facebook

[Here's the latest installment of our WAGS (Wives and Girlfriends) series, made more special by the fact that Troy Rosario and Mich Aguas will exchange 'I do's' today, the 18th day of February, 2017]

NO love story is arguably more modern day than that of TNT Katropa sophomore Troy Rosario and his wife Michelle Anne Aguas.

For one, technology paved the way for their relationship. In present day, the love letter has now been replaced by the online chat, Facebook messenger in this particular case.

But the most telling sign that this is not your traditional love story is that Aguas made the first move.

It was in 2011 when Michelle was a student at Far Eastern University and Troy was red-shirting for National University. She was with her friends when she watched one of his games in the College Developmental League, and it was a case of love at first sight.

“Nanood lang ako ng game and I had a crush on him and I added him on Facebook tapos doon na nagstart,” recalled Michelle, who was relentless in finding a way to get in touch with the cager.

Michelle revealed to SPIN.ph that although Troy emerged as the MVP of the tournament, it wasn't his basketball moves that got her smitten. 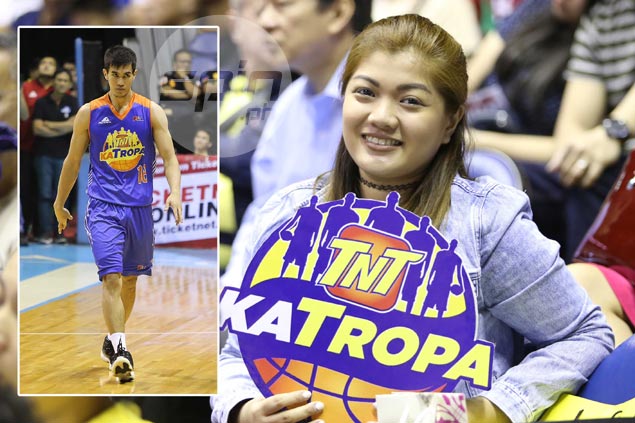 When she finally connected with Troy through social media, Michelle said they immediately hit it off and went beyond the customary ‘Thanks for the add’ conversation.

But while Michelle was easily driven to make the first move, Troy, who was then recovering from a break-up, mustered up all his courage to ask his new chatmate to watch his next game.

Michelle knew that most relationships that start off as easy as theirs did usually ended up just as quick. Still, she went on and just enjoyed the ride.

They started hanging out, going on dates and gradually realized that their relationship was starting to get serious. Michelle jumped in and took a leap of faith, and as it turned out, Troy leapt with her, committed to their relationship.

Years later, the two are exchanging 'I do's' at the Immaculate Conception church in Cubao, on February 18.

Troy’s sincerity instantly won her over and convinced her this was the man she’d choose to grow old with, as she quickly realized he’s not the type of guy who’s only in relationships for the fun. That he’s equally committed to his relationship in the same manner that he’s disciplined with his basketball career. 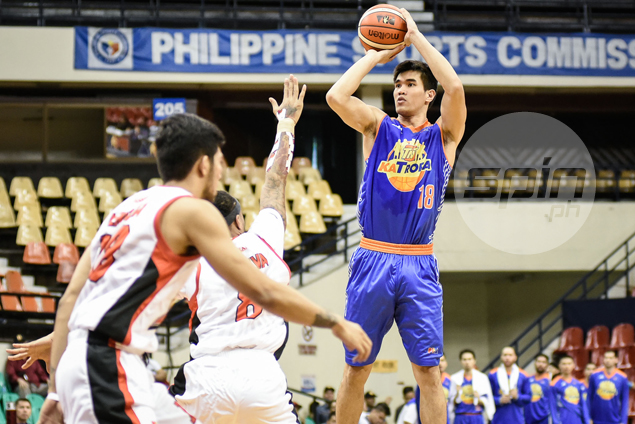 Eventually as their relationship sailed on, Troy’s career also flourished.

He became part of NU’s lineup in the UAAP and won the title at the end of his collegiate career in 2014. The following year, he was picked second overall by Mahindra before he was traded to TNT.

He also became part of the national team that won the gold in the Southeast Asian Games in Singapore.