Jio Jalalon heroics in OT an answered prayer for Victolero

JIO Jalalon said divine intervention led to the desperation three to beat the shotclock buzzer that sparked Magnolia to a win against NLEX on Sunday in their do-or-die quarter playoff.

Jalalon pointed towards the sky as he banked in a three-pointer with 1:46 left in overtime that gave the Hotshots a 106-100 lead. Magnolia Chicken Timplados eventually won, 112-106.

Victolero admitted he took a longer time than he wanted to field Jalalon back in the fourth quarter, and was glad that he had an opportunity to play him during the overtime period.

“I would like to say sorry to Jio. It’s my fault,” said Victolero. “Medyo nakalimutan ko siya nung fourth quarter.”

“Nabulungan lang sa akin ng Panginoon and then I told Jio to stay positive because I will go to him in every possession,” said Victolero.

There’s a reason why Jalalon wasn’t inserted immediately in the match and it had something to do with match-ups with NLEX guards, Victolero said.

“Actually, hindi ko naman siya nakalimutan. ‘Yung flow lang ng game. I don’t know kung ano ima-match-up ko sa kanya. Actually against NLEX, that’s my dilemma. I have a bad match-up against NLEX. All of their wing guys, guards are tall so we have a hard time of matching up on Oftana and Trollano.” 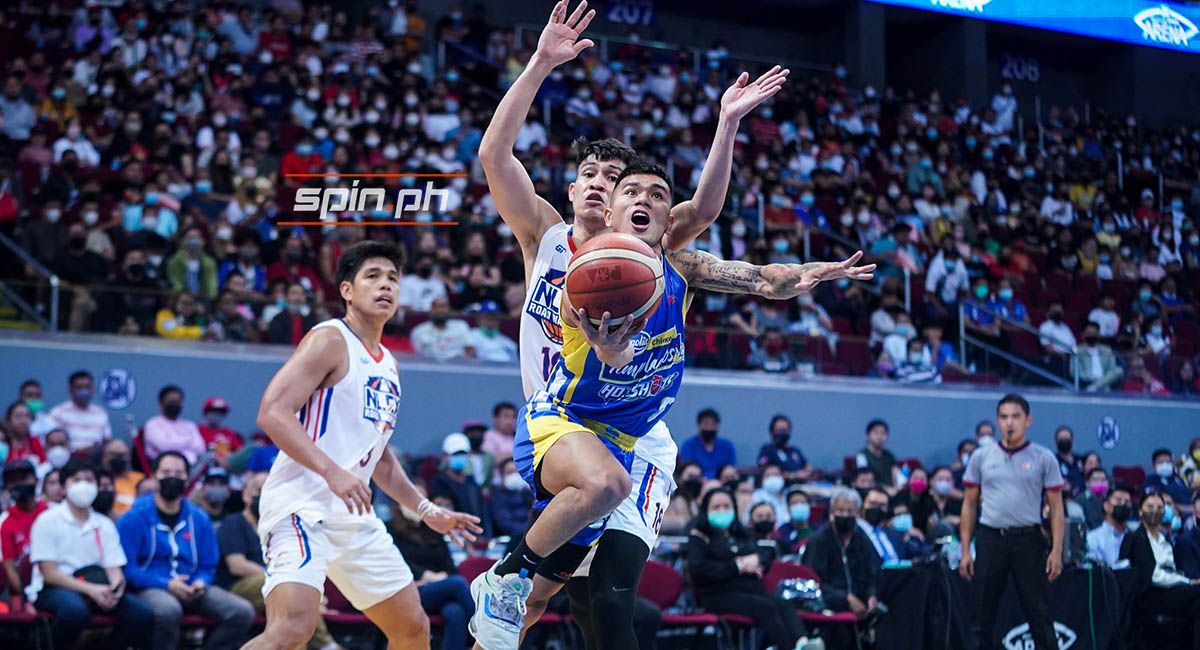 “That’s why we can’t do the three-guard combination with Paul [Lee], Mark [Barroca], and Jio because we have a bad match-up against NLEX. During the flow of the game, we can’t have that combination.

"Sometimes, Jio and Mark, sometimes Jio and Paul or Mark and Paul.”

Victolero said he saw in the eyes of Jalalon that he was determined to come back in the game and make his mark.

Jalalon said he waited patiently for his turn to re-enter the game. He was thankful to Magnolia assistant coach Tony Boy Espinosa as he told him of his desire to return to the contest.

Jalalon scored the team’s first four points of the overtime on lay-ups before draining that desperate three to give Magnolia control of the match.

Jalalon’s heroics preserved the effort of Paul Lee, who scored the game-tying three, 97-97, to force overtime.