Vic Manuel scored the Aces' last six points to cap the Aces' rally from seven points down in the fourth quarter.

The Elasto Painters had one final shot of salvaging the win, but Rey Nambatac flubbed a lay-up at the buzzer as Rain or Shine suffered its first loss of the season (3-1). 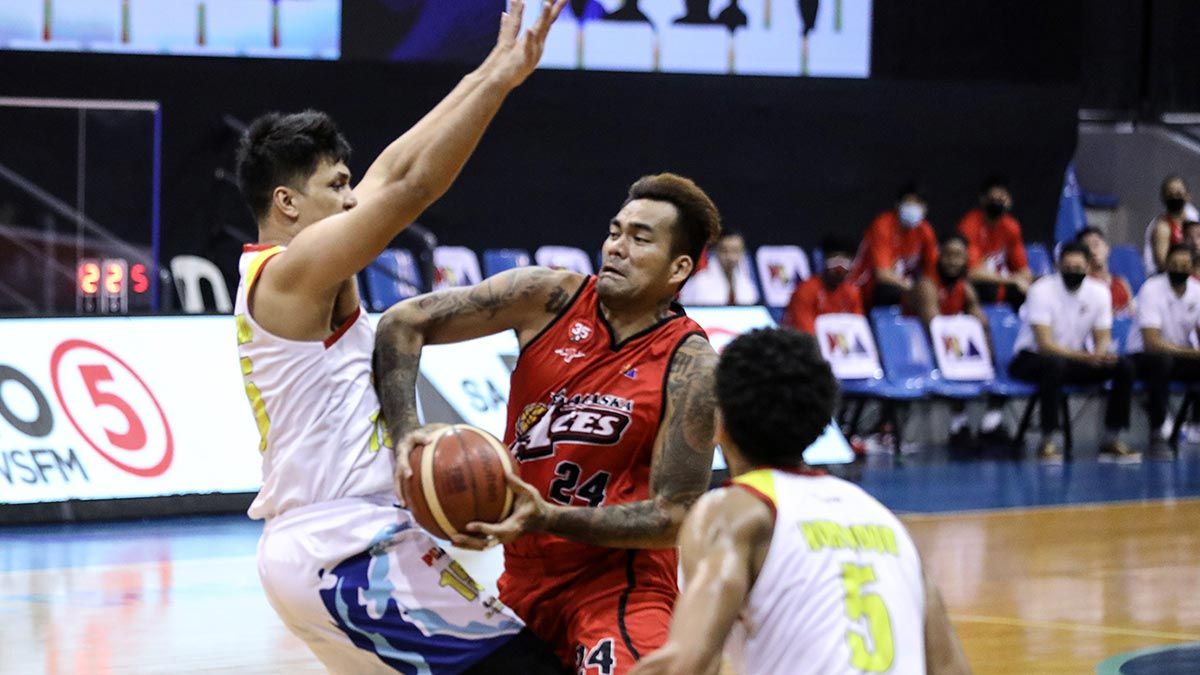 The win stretched Alaska's run to three straight games for a 3-2 slate.

"It was a good character win for us, it was one of those you call grindout wins kasi kahit sino puwedeng manalo, down the stretch, it goes back and forth," said Alaska coach Jeff Cariaso.

"Those are the ones you like as a coach, if you're on the winning end beacuse you learn a lot from those games, you learn what not to do and what to do better."

Manuel, who was 8-of-17 from the field with seven rebounds, scored on a tough one-hander to tie the game at 80, before Robbie Herndon banged a three-pointer to put the Aces in front to stay, 83-80, just before the final two-minute mark.

Sidney Onwubere topscored for 16 points in a losing cause for Rain or Shine.