IT wasn’t by designed that Vic Manuel played his best game in a Phoenix uniform against former team Alaska.

Just so happened top gun Matthew Wright wasn’t around and joined Chris Banchero on the sideline with a sprained ankle injury.

The obedient soldier that he is, Manuel followed the order to the hilt and proceeded to lead the way in the Fuel Masters’ 101-93 beating of the Aces in the PBA Philippine Cup on Saturday. 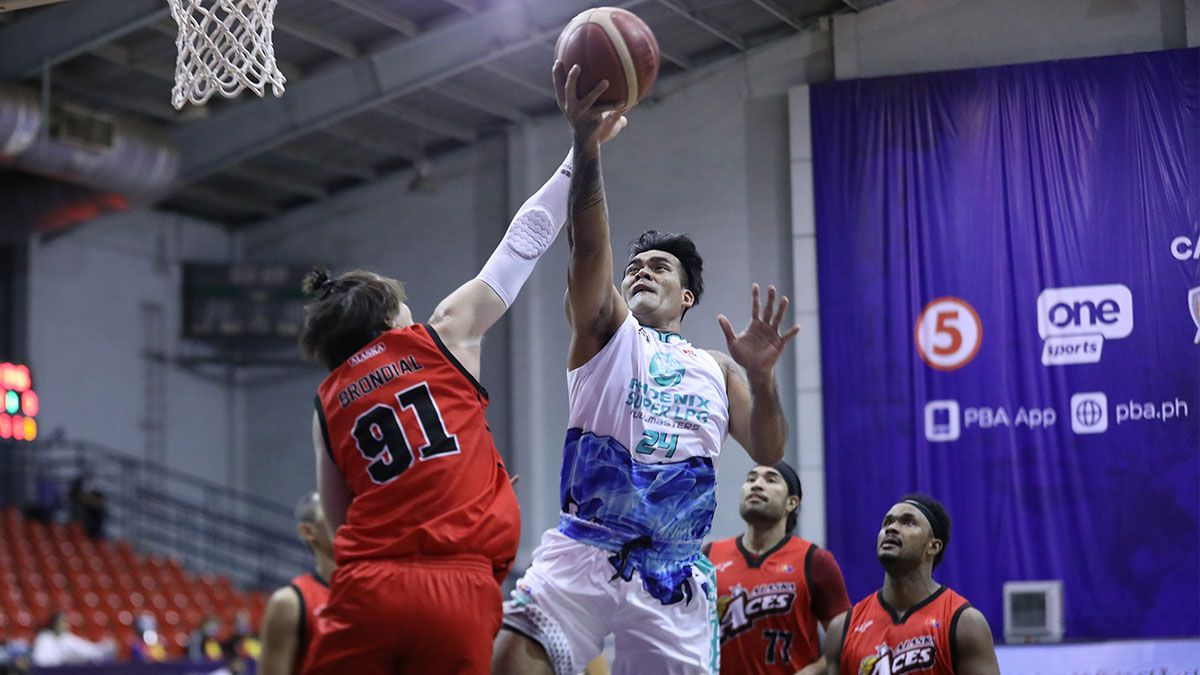 The 34-year-old forward, who requested for a trade from Alaska management in the off-season, fired a game-high 26 points, including 15 in the second quarter when Phoenix took control of the game for good.

The native of Licab, Nueva Ecija finished with a double-double as he also grabbed 12 rebounds, while shooting 12-of-23 from the field in capping his heroics that gifted the team its first win in three starts.

The 6-foot-4 forward also had 26 points against NorthPort, but the Fuel Masters badly lost that one, 115-79.

Manuel said there’s nothing personal as far as his performance is concerned, insisting Phoenix couldn’t afford to fall to a 0-3 record early in the tournament.

Proof there was no bad blood between him and his former ballclub, Manuel said he approached the Aces during the pre-game warmup and exchanged some pleasantries, including the coaching staff led by head mentor Jeff Cariaso.

It was his way of showing respect to the class franchise.

“Ang tagal din naman naming nagsama, almost seven years,” said Manuel, who came over to Alaska in 2014 and played with the team until the bubble season last year.

Qualities which he learned from Alaska and which Manuel is now practicing with Phoenix.