Vic Manuel grateful for opportunity given him by Alaska

VIC Manuel fell short several times in PBA championship bids with Alaska. But those trips to the finals and going to war with the Aces were among the fondest memories he had during his six-year stint with the franchise.

His stay with the team also forged a strong bond between him and close pal Calvin Abueva, making the stay even more memorable.

Like all the players and personnel who have been part of Alaska’s rich history in the PBA, Manuel also felt a tinge of sadness when news broke out the team is finally walking away following a 35-year journey that saw the Aces win a total of 14 championships.

Manuel didn’t get to be a part of any of those Alaska titles, although he came close to winning not just once, with five runner-up finishes by the team from the 2015 Philippine Cup all the way to the 2018 Governors’ Cup.

It was during his sojourn with the Aces that Manuel’s stock rose after spending time bouncing from NorthPort, Meralco, and Air21 in his first two seasons in the league. 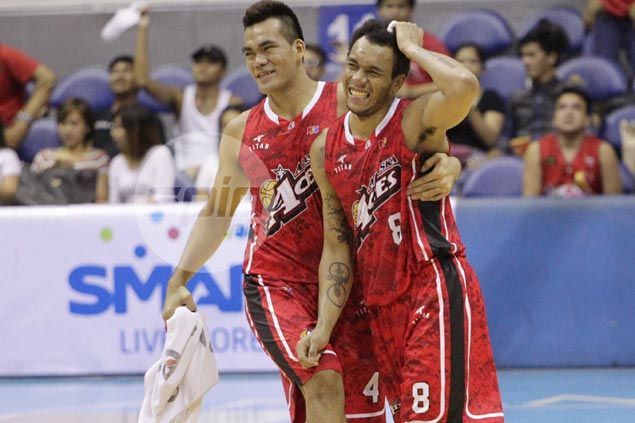 It was also while with Alaska that he got selected for Gilas Pilipinas, winning gold in the 2019 Southeast Asian Games here.

He eventually became the team’s go-to-guy during the 2020 Philippine Cup bubble in Clark Pampanga following the trade of guard Chris Banchero a few months before to Magnolia for the pair of Robbie Herndon and Rodney Brondial.

At the start of the season though, Manuel found himself being moved to Phoenix for three draft picks and guard Brian Heruela after he requested for a trade.

While partnership didn’t have a smooth ending, Manuel said everything is already water under the bridge.