Vic Manuel certain to suit up for Game Three, hoping for series extension

VIC Manuel suited up for San Miguel in Game Two of the PBA Commissioner’s Cup finals despite still undergoing therapy for his strained ITB.

The veteran big man was a perfect 4-of-4 from the field for nine points in his first game in the playoffs, though the effort wasn’t enough as the Beermen went down against the Bay Area Dragons for the second straight time, 114-95, Friday night at the Philsports Arena.

Manuel admitted he had no practice for more than a week now that his playing minutes have to be managed.

Obviously his rhythm and timing aren’t there. 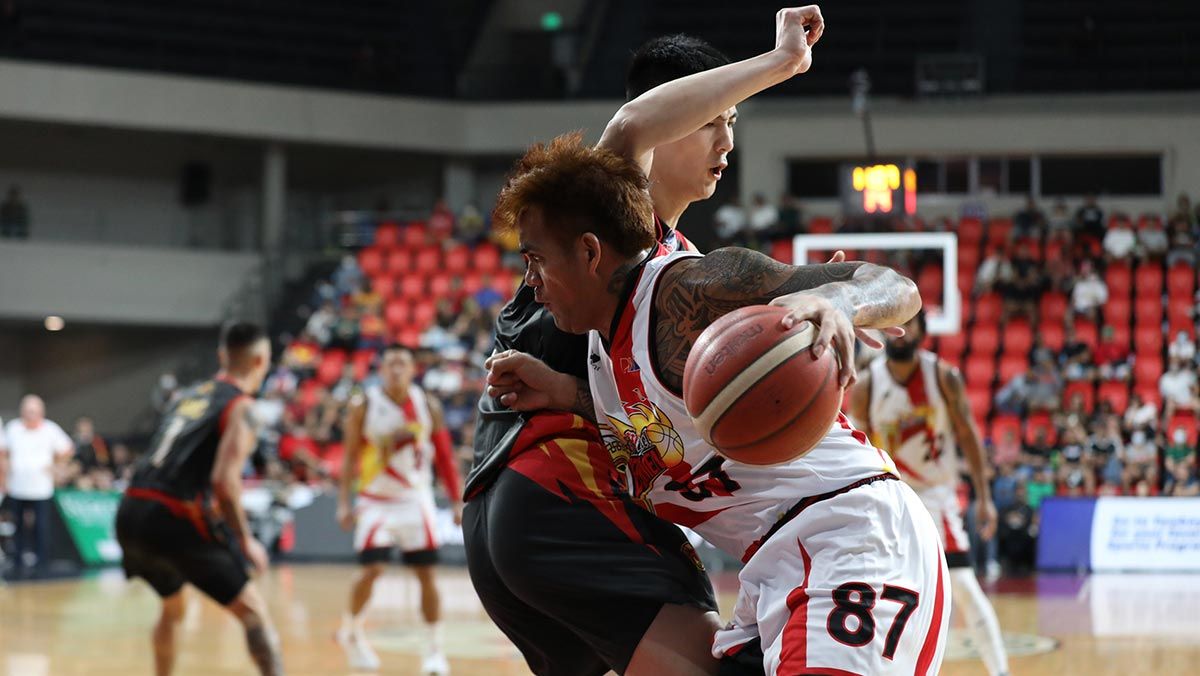 But the native of Licab, Nueva Ecija said he’s certain to play in Game Three and beyond, should the Beermen manage to extend the best-of-five series in which they trail, 0-2.

The 6-foot-4 product of Philippine School of Business Administration missed the first three games of the playoffs due to the injury.

Manuel said he would have wanted to play more especially in the second half, but wouldn't want to risk his health.