Vanguardia admits being torn between Ular and Lalata during draft

The Blackwater coach disclosed he and his coaching staff were torn between Ular and Chris Lalata when their turn to pick in the second round at No. 13 came during the last PBA Rookie Draft in the summer.

[See Amer drops the hammer in Blackwater victory over Phoenix]

Vanguardia recalled the dilemma as Ular delivered 34 big points in the Bossing’s 91-89 comeback win against Phoenix in the Philippine Cup at the Smart Araneta Coliseum.

“Honestly, it was a choice between Lalata and Ular doon sa 13th pick,” said the Bossing mentor during the post-game interview at the Willie Caballes Hall, with the rookie wingman sitting beside him.

But the Letran connection eventually prevailed.

Vanguardia studied elementary and high school at Letran Calamba, his top deputy Tino Pinat is considered a legend in Intramuros, and Ular of course, was part of the Knights side that won the first of its back-to-back NCAA men’s championship in 2019.

The Blackwater coach said he was actually impressed with the way Ular and Lalata, a product of Olivarez College, performed during the Draft Combine. 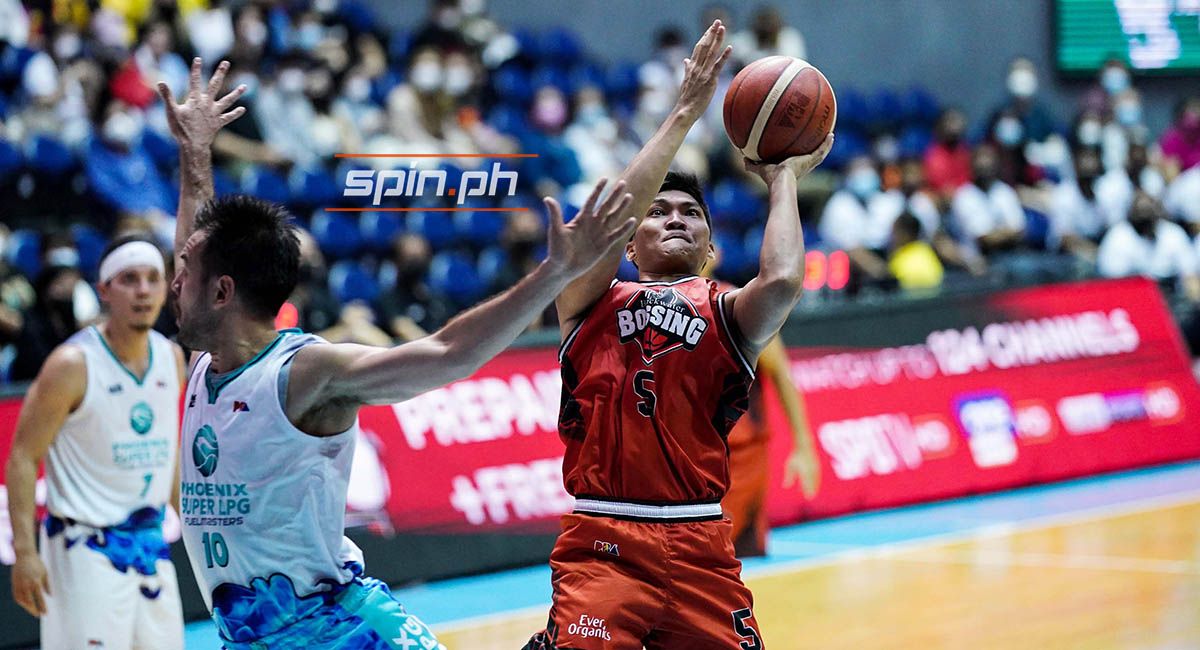 Lalata ended up with Phoenix at No. 16 and did well too, against Blackwater, scoring 10 points, including a perfect 6-of-6 from the foul line.

But Ular didn’t disappoint Vanguardia as he came through with another heroic effort for the Bossing, who notched their fourth straight win for a 5-1 record in the best start in franchise history.

The rookie from Tarlac had 15 of his total output in the fourth period, grabbed eight rebounds, and hit 3-of-5 from three-point range.