BLACKWATER interim coach Ariel Vanguardia hopes his heart-to-heart talk with Baser Amer will stoke the old fire in the young playmaker come the second conference of the 2021 PBA season.

The 29-year-old was among the first Vanguardia sought out in his exit interviews with the Bossing since there has high expectations from him once he arrived in the franchise following an offseason trade with Meralco for Mac Belo.

Amer failed to live up to expectations in his first conference with the team as he struggled adjusting to the Blackwater system under former coach Nash Racela.

The former first-round pick shot only 23 percent from the field, including 18 percent from beyond the arc. He averaged 6.4 points, 2.6 rebounds, and 2.0 assists in a Philippine Cup campaign that saw the Bossing establish a new league record for the most number of consecutive games losses at 19.

According to Vanguardia, Amer was honest enough to say he failed to adjust quickly under his new team after spending the first five seasons of his pro career with the Bolts.

“Pero sinabi niya nga na nahirapan siyang mag-adjust. It was hard for him to adjust being in a new uniform and being on a new system.”

The limited time the Bossing had to play together as a team given the on-and-off community quarantine imposed by the government before and during the on-going season didn't help.

But that didn’t lessen Vanguardia’s trust in the 6-foot point guard from Davao, who unfortunately lost his father recently.

He sees Amer as a cerebral player who he mentions in the same breath as fellow Gilas Pilipinas player Kiefer Ravena. 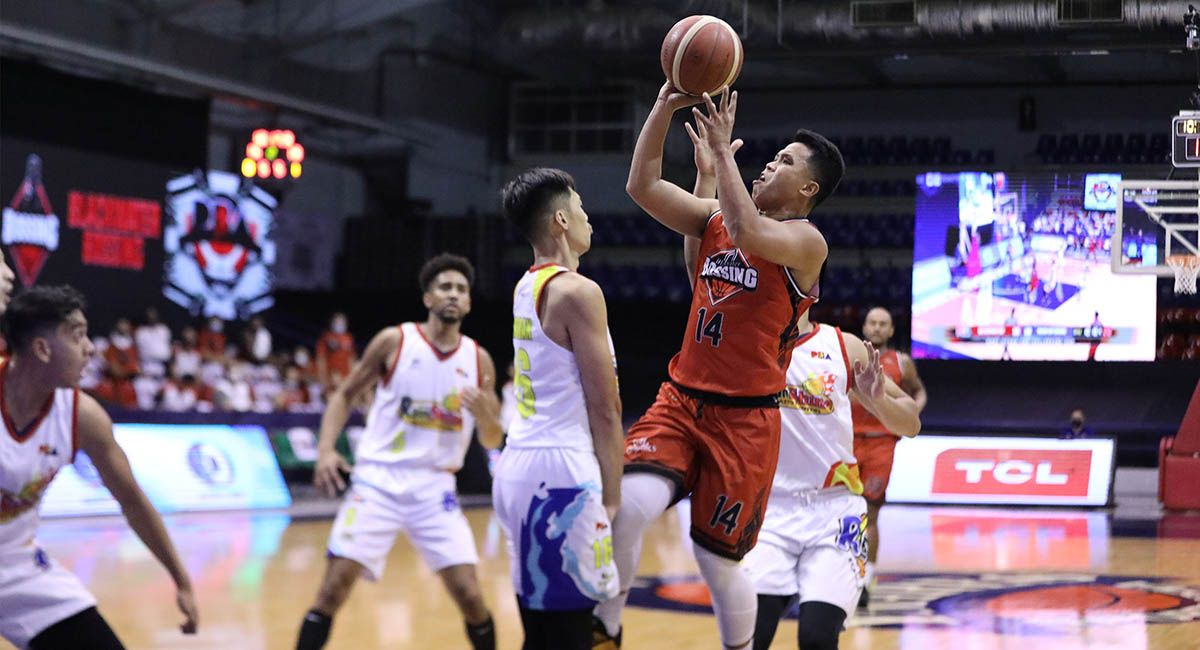 Amer may not have won a college MVP like Ravena did twice, but he won a total of four championships – compared to two by Kiefer with Ateneo - with the San Beda Red Lions, and was named Finals MVP in 2012.

For a time, too, he was considered a leader of the Meralco team that picked him No. 7 overall in the 2015 draft.

Amer vows to take on the challenge as he starts all over again for Blackwater under a new coach and under a new system.

Amer is so far among the first batch of players Vanguardia talked to in his exit interviews along with Frank Golla, Ed Daquioag, Carl Bryan Cruz, and Simon Enciso, who has since been traded by the Bossing to Terrafirma Dyip for Rashawn McCarthy.

The Blackwater coach however, had to shelve his exit interviews following the death of his brother.