HOPE is in scarce supply for someone went undrafted in the PBA Rookie Draft.

What should be a momentous occasion for some players can be deflating for others, as the case was for the 21 of the 86 applicants who didn't hear their names called during the March 14 drafting - or the 23 who drafted players who subsequently didn't get tender offers from their mother ballclubs.

It's a bitter pill to swallow, but it should never signify the end of their dream. It's a tedious path to take, but it's not impossible.

Over the years, the PBA has seen rare success stories of late picks and undrafted players earning roster spots the hard way, among them the recently-retired Peter June Simon of Magnolia, as well as current players Mike DiGregorio, Roi Sumang, Bong Galanza, and Alvin Abundo.

Meanwhile, there's a lot of players who went undrafted yet still found ways to crack the league seasons later.

A few of the notables are five-time PBA champion Jerwin Gaco, Josh Urbiztondo, and Chico Lanete, as well as current studs Jackson Corpuz and Philip Paniamogan.

For those who now found themselves in the same boat, this piece of advice.

"Don't give up on your dreams," said Lou Gatumbato.

Gatumbato, a 5-foot-10 guard from St. Benilde, went undrafted in the loaded 2004 PBA Draft class bannered by the likes of James Yap, Marc Pingris, Ranidel de Ocampo, and Sonny Thoss. His name wasn't among the 27 called that night.

But his will never wavered as he kept himself in tip-top shape and played in the Liga Pilipinas before Air21 took a chance on him and signed him to a contract in 2010. 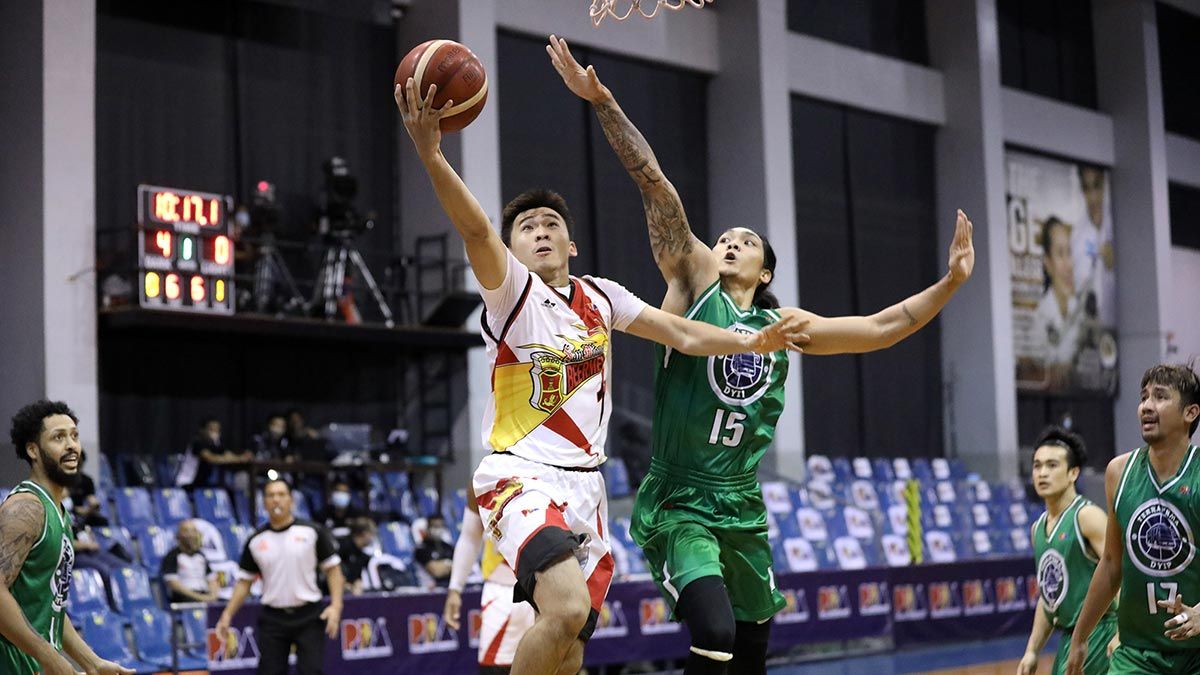 Gatumbato spent two years in the pro league, having another stop in Barako Bull, before he eventually focused on his coaching career. He now serves as a deputy for coach Bonnie Tan at Letran.

Another player who took years to get to the PBA was Paul Zamar.

The 5-foot-10 guard from University of the East was picked by Ginebra in the fourth round of the June Mar Fajardo and Calvin Abueva-led 2012 PBA Draft, but was left unsigned. That led him to go back to the PBA D-League.

A breakout performance in Thailand, however, changed his fortunes that led to Blackwater offering him a deal in 2018 and earning his spot in that batch's All-Rookie Team.

"It took me six years to make my way to the PBA, and who would have thought I'd still make it?" said Zamar, now a part of San Miguel.

The two are living testaments to the old adage that one must not give up that easily. And they are both kind enough to offer words of encouragements to those who are on the verge of giving up.

"Continue to grind and work hard because you might be called up by any team, especially if you are a free agent in the PBA," said Gatumbato.

Zamar agreed, urging the applicants to use the snub as "motivation to become better players."

"These are only minor setbacks and should be considered as that. The work doesn’t stop, so take this time to improve your strengths and work on your weaknesses. Just stay the course cause it doesn’t matter how long you get to your destination. Enjoy what’s in between and explore other opportunities," he said.

"With the skills and right mindset, I believe these guys will eventually make it."

Lucky for this year's batch, opportunities are aplenty with the PBA opening its maiden 3x3 competitions, a new breeding ground which can serve as a launch pad for lesser-known talents hoping to land roster spots in the PBA.