TROY Rike hit six three-pointers on Wednesday and the NorthPort rookie is elated to get that first win in his PBA career.

Rike only missed just one triple attempt on his way to 20 points, eight rebounds, and three blocks in the Batang Pier’s 115-79 win over Phoenix.

The last time a rookie converted six three-pointers in a game was when Bobby Ray Parks and Paul Desiderio did the feat at the same time during Blackwater’s 115-109 loss to NLEX on September 29, 2019, according to PBA statistics chief Fidel Mangonon III.

“It was great. I’m most excited about us getting the win,” said the 25-year-old Rike when asked about his performance. “I’m just happy we played well together and we all trusted each other. I just tried to know my role. If I have an open shot, I’m going to take it. It went in. I’m very happy.”

The 6-foot-8 Rike said he was also surprised that he was making his shots that included four in a row during the fourth quarter.

“I wasn’t even trying to celebrate or showboat. I was like I was shrugging my shoulders and I was like I don’t know what’s going on. If they keep going in, I’m going to keep on shooting it. I was like zoned out. I swear. It was going in. They were open shots. I don’t feel like I was forcing them. I’ll take that shot in the coming games,” said Rike.

NorthPort scored its first win was after suffering an 85-63 loss to Meralco on opening day, with their offensive performance setting all-time low for points in franchise history.

On the win, the former 3x3 player said: “Anyone who has played with me at any level knows that’s what’s most important for me. Making those threes for myself, it’s nice and all. But I’m just happy we played together. And it started with defense as well. We were all together, we trusted each other, those extra passes, getting assists, that’s what I like to see.” 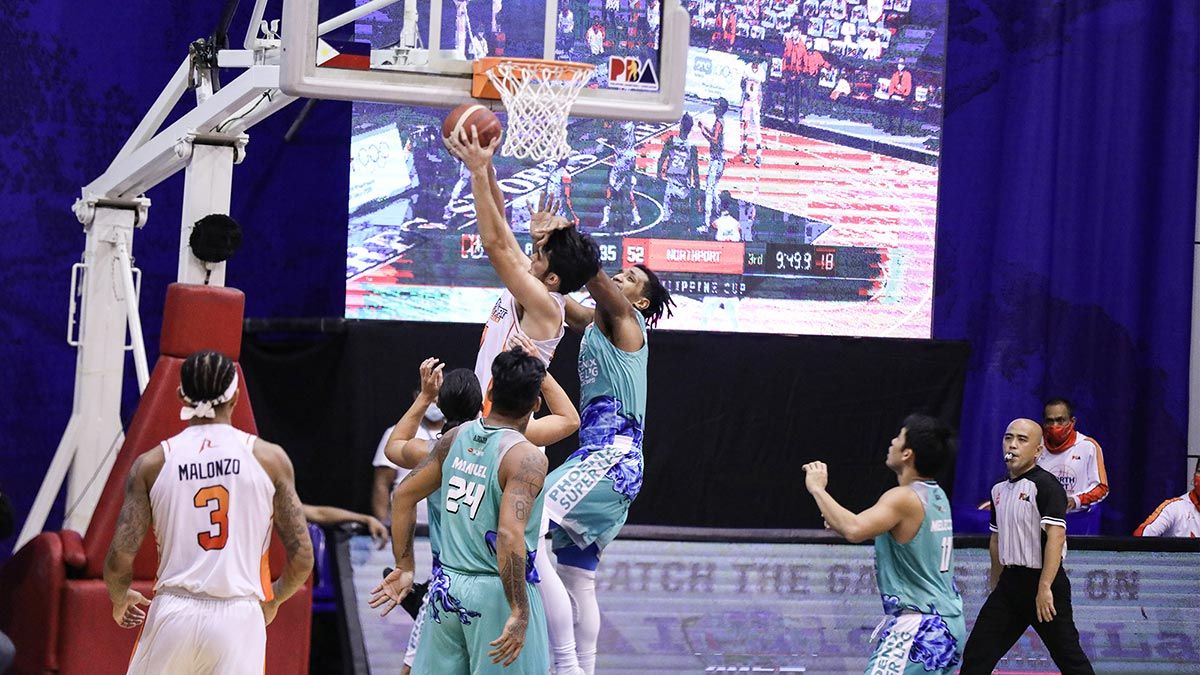 Picked 11th in the PBA draft this year, Rike said his adjustment is seamless with the coaching staff and veterans helping him with life in the PBA

“It’s great. I can’t say enough about the coaches, coach Pido, coach Jeff [Napa] who I know from NU, and also my vets, Sean Anthony, Greg Slaughter, Bolick, having Malonzo with me, it’s just a blessing. In terms of the people around me, they made it easy for me to transition. I can’t be more thankful,” said Rike.

Rike believes Northport has what it takes to go deep into the tournament.

“We have a talented team. I think we are going to make some noise if we continue to play together,” he said.

“Sometimes, it’s not going to come in every time but as long as we play together, I’ll take the shots that I know I can make. I thing we will be seeing good results,” said Rike.