NLEX has been playing rejuvenated basketball these days, transforming from a cellar-dweller the first two PBA conferences this season into a legitimate contender in the Governors’ Cup.

But success may come at a high cost for the Road Warriors.

One repercussion of the Road Warriors winning six of their first eight games and clinching the first quarterfinal berth in the season-ending conference is that they are losing grip on the coveted No. 1 pick in this year’s rookie draft.

Since the 'salamangkero' controversy of 2014 that prompted the PBA to do away with the lottery, the top draft pick is now based solely on how the 12 ballclubs fared the previous season. Not necessarily on their accumulated win-loss records, but on their placings in the league's three conferences.

The draft order is now based on the overall showing of teams in what will be the concluded season, summing up point values accumulated from their respective finishes in each of the three conferences, with the Philippine Cup having the heaviest weight (40 percent) among the three tournaments, and the Commissioner’s Cup and Governors’ Cup making up 30% each. 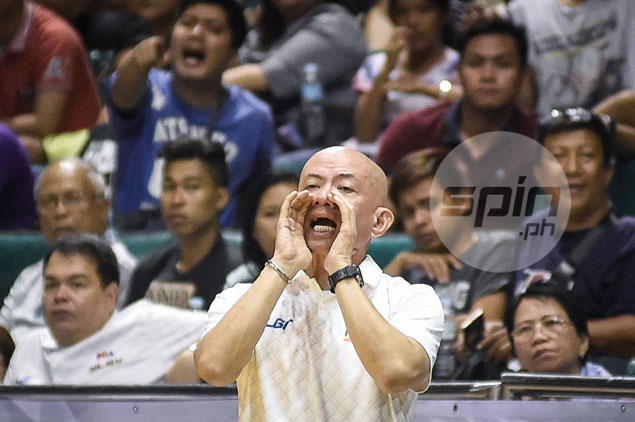 The season-ending Governors Cup is a long way away from being finished, but NLEX has reason to be worried as far as the top pick is concerned.

The Road Warriors looked a lock for the No. 1 pick overall after finishing dead-last in the league's first two conferences, but their resurgence has given hope not only for KIA but also for Blackwater.

In fact, if the Governors’ Cup ended now with the Road Warriors finishing in fourth spot, that would mean no top pick for the MVP-owned team as they would drop to second, with Kia taking the coveted spot.

Here are the computations on the point values of the prospective owners of the top three picks based on their finishes the last two conferences and their Governors’ Cup standings after Sunday's matches.

NLEX coach Yeng Guiao, though, is hardly concerned on where his team will end up in the draft selections in a pool that could feature the likes of Kiefer Ravena, Ray Parks and Jeron Teng.

The Road Warriors could even end up lower in the draft order if they keep up this impressive play and possibly reach the finals.

Guiao, however, is not getting ahead of himself.