Castro, Erram lead comeback from 16 down as TNT nips Rain or Shine in OT

ANTIPOLO – Poy Erram scored a follow-up with 49.3 seconds left in overtime, preserving the heroic effort of Jayson Castro as TNT defeated Rain or Shine, 89-85, on Thursday in the PBA Season 47 Philippine Cup at the Ynares Center.

TNT vs Rain or Shine recap

Erram’s basket gave the Tropang GIGA an 87-85 lead after an incredible performance from Castro in regulation, scoring eight in a 10-0 blast to end the fourth and send the game into an extra period.

Castro sealed the win with two free throws with 2.2 seconds for a four-point victory.

TNT improved its record to 4-2 following back-to-back wins, while sending Rain or Shine to its fourth consecutive defeat to fall to 1-4. 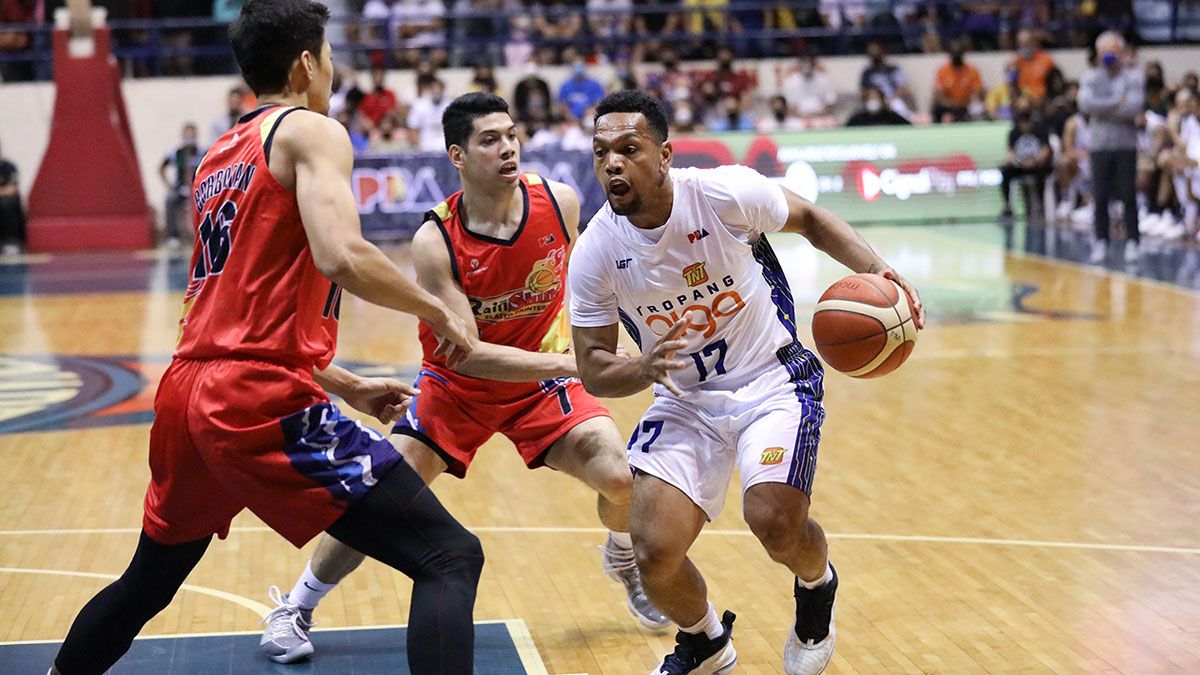 The Tropang GIGA overhauled a 16-point deficit after Mike Nieto and rookie Gian Mamuyac nailed a couple of key shots in the second half.

“In the end, the players never gave up. We found a way to grind it out,” said TNT coach Chot Reyes.

Erram had six of his 13 points in overtime while also pulling 10 rebounds for the Tropang GIGA, who trailed 56-40 in the third after a 14-0 run by the Elastopainters.

Down 78-68 after a four-point swing from Nieto, Castro went to work with back-to-back threes, and scored a lay-up with 24.3 seconds left in regulation to tie the game. Erram missed the potential game-winning jumper in regulation.

Troy Rosario led TNT in scoring with 19 points, while Mikey Williams had 15 points and six assists in his first game for TNT this season.