ONCE again, RR Pogoy exploded on offense against Alaska.

The TNT gunner finished with 34 points, and the Tropang Giga advanced to the semifinal round with a 104-83 win over the Aces on Saturday in the PBA Philippine Cup at the Angeles University Foundation Sports Arena and Cultural Center.

Pogoy showed the way just like he did when he went for 45 points in the league’s first game in the bubble at the expense of the Aces. His effort, this time, propelled TNT to the semifinals where it will face either Phoenix Super LPG or Magnolia.

The game, however, was also marred by a hard fall by Abel Galliguez, who was stretchered out off the court after his head hit the floor after challenging a lay-up by Bobby Ray Parks during the 9:47-mark of the fourth period.

Galliguez was later transferred into a wheelchair where he was brought to The Medical City-Clark for treatment.

After a 51-51 deadlock, Pogoy started out TNT’s 14-2 run including two triples as the Tropang Giga never looked back after grabbing a 65-53 lead. The Tropang Giga put separation from the Aces after overcoming an 11-point deficit, 47-36, in the second period.

Pogoy shot 9 of 15 from the field including six triples, while converting 10 of his 11 free throws in the contest. He also added eight rebounds, four assists, and three steals for TNT.

“First half, we were struggling but we managed to tie the game. It was a tough game for us. We were able to pull it through,” said TNT coach Bong Ravena.

Bobby Ray Parks had 20 points, five rebounds, and five assists to also help TNT’s cause in the quarterfinal tiff. 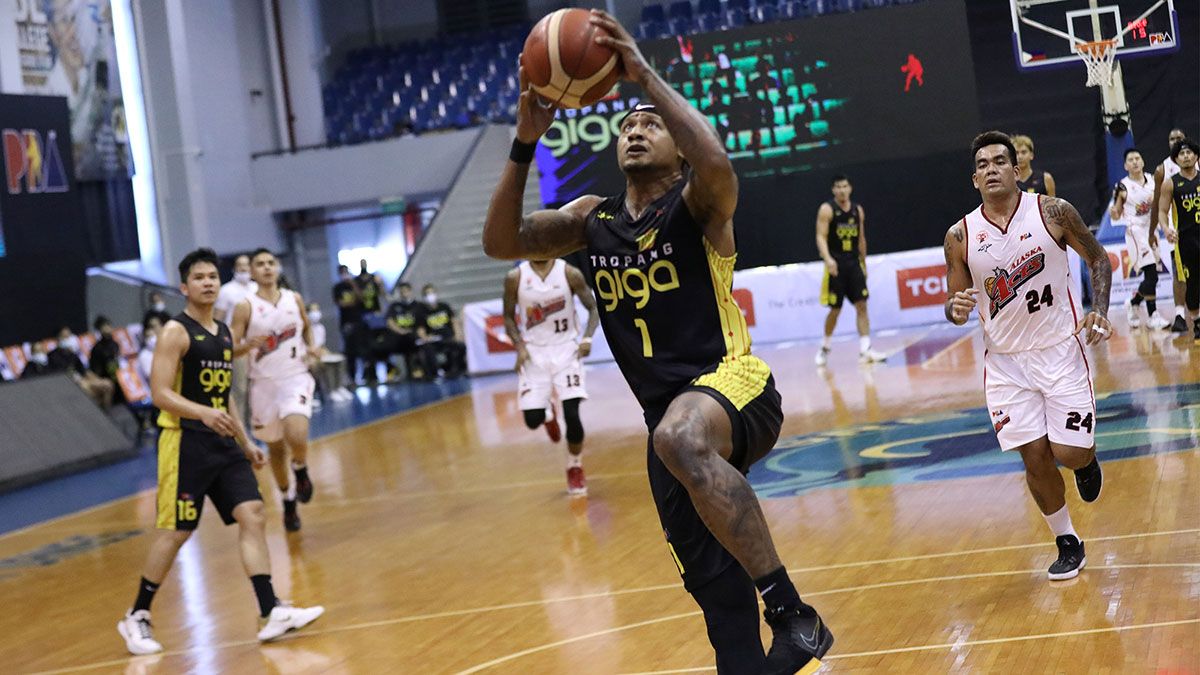 Jeron Teng finished with 13 points, and Maverick Ahanmisi and Vic Manuel chipped in 12 points each for the Aces, who were unable to respond to TNT’s attack in the third.