TNT earned another shot at a title in the PBA 3x3 grand finals afterafter making short work of San Miguel Beer in the semifinals on Sunday.

Almond Vosotros got the better end of his shootout with Wendell Comboy as he led the Tropang Giga to a 21-15 victory before a huge crowd at the Robinsons Place Manila.

Vosotros finished with 11 to lead the Tropang Giga, while Comboy had 10 for the Titans. 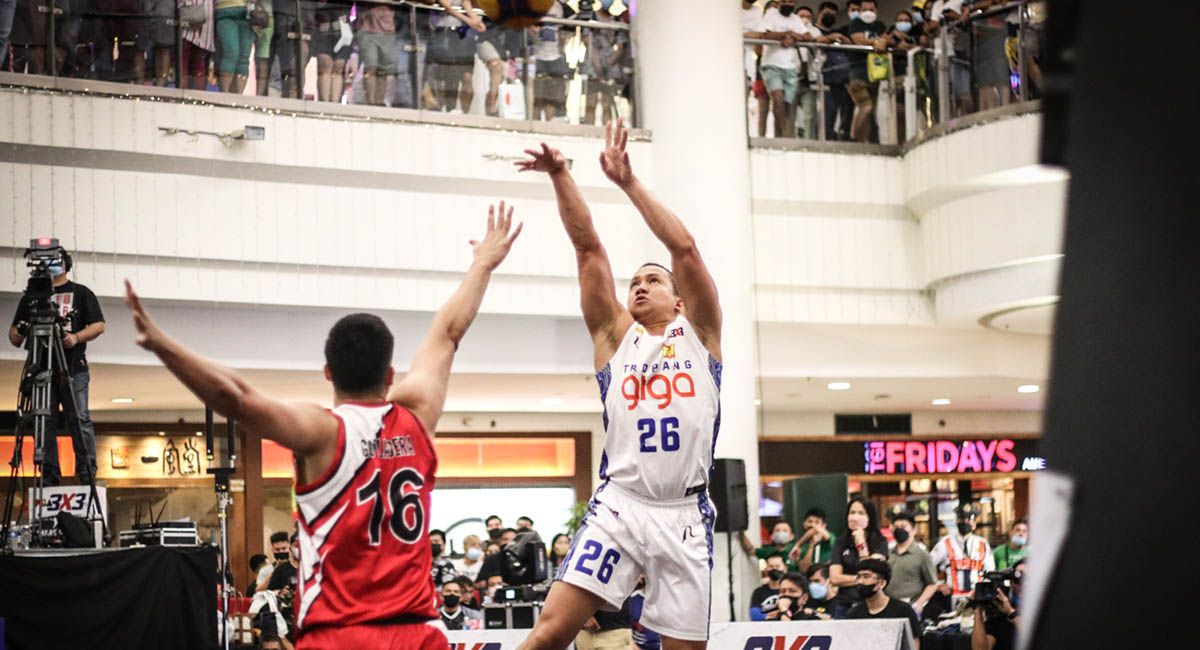 Purefoods set up a meeting with TNT for all the marbles as the Titans turned back Sista Super Sealers, 21-19, in the other semis pairing.

The pair of Joseph Eriobu and Jed Mendoza accounted for 18 points, while Jun Bonsubre added three for Purefoods.

Marvin Hayes went scoreless for the Titans, but now has a chance at a second championship in a 3x3 grand finals after being part of the Limitless App team that claimed the first conference title.