TNT welcomes coach Jolas with a rousing win over Phoenix

TNT gave new coach Jojo Lastimosa a rousing welcome in the form of a 123-119 win over Phoenix on Wednesday night in the PBA Governors' Cup at the Smart Araneta Coliseum.

Roger Pogoy and import Jalen Hudson carried the load in the fourth period when the Tropang Giga kept at bay a Fuel Masters side that just won't easily go away.

Hudson shot six three pointers on the way to a 34-point output, while adding 10 rebounds and seven assists in a near triple-double job.

Pogoy on the other hand, added 21 on an impressive 9-of-11 shooting on the field, giving Lastimosa his first win as PBA head coach following a stellar career as a player.

The Tropang Giga also pulled off the win despite missing key players Poy Erram, Ryan Reyes, and Brian Heruela due to injuries.

“It was more of us making big shots than the other side. So I think that was the big difference,” said Lastimosa of the high-scoring game.

Asked about handling a team on a full-time basis compared when he stood in for ex-coach Yeng Guiao at NLEX, Lastimosa said he’s excited about the job.

“I’m still pitching in just like when I was with NLEX, I was pitching in. But this one is a bit longer,” said one of the league’s 25 Greatest Players of all time, who took over the post from Gilas Pilipinas head coach Chot Reyes.

The Tropang Giga made sure Lastimosa had a pleasant debut as other players stepped to the plate like sophomore Calvin Oftana, who was a perfect 4-of-4 from three-point range to finish with 17 points, and veterans Jayson Castro and Kelly Williams, along with new acquisition Justin Chua who finished with 10 points each. 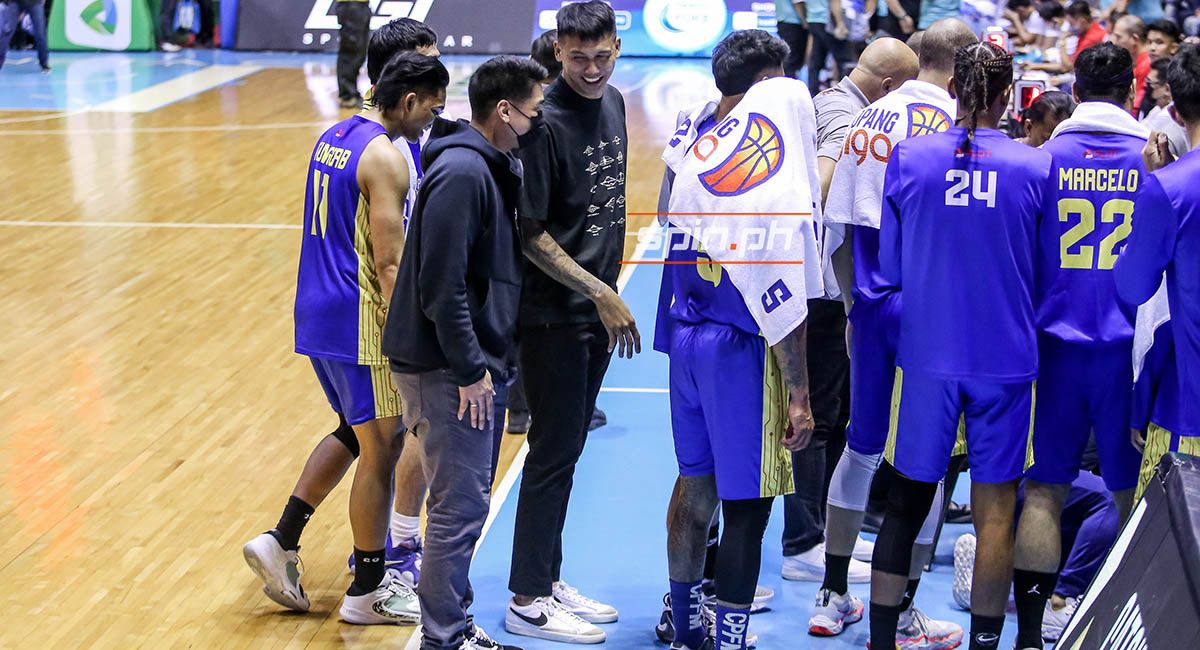 The Fuel Masters though, didn’t go down without a fight, trimming down what was once 14-point lead to just 121-116 on a layup by Tyler Tio inside the final minute.

But a Tio miss from three-point land after a TNT turnover and two clutch free throws by Castro sealed the deal for the Tropang Giga.

Import DuVaughn Maxwell had 21 points, 19 rebounds, and five assists for Phoenix, but committed nine of the team’s 16 turnovers.

Jason Perkins added 20, while veteran guard RR Garcia had 18 on 3-of-3 from three-point line for the Fuel Masters, who were coached by interim Jamike Jarin.