RR POGOY couldn’t have asked for a better debut inside the PBA bubble.

The TNT star caught fire on Sunday, firing a career-high 45 points to lead the Tropang GIGA to a thrilling 100-95 victory over Alaska at the resumption of the 2020 PBA Philippine Cup at the Angeles University Foundation gym.

Pogoy converted 10 of his 17 shots from rainbow country as the Tropang GIGA overcame a sluggish start and a 17-point deficit to pull off the win in the first game inside the PBA bubble in Pampanga.

Pogoy’s performance also atoned for the absence of Poy Erram, who was ejected for two technical fouls in the third quarter in his first game as a Tropang GIGA after coming in via a trade with NLEX. 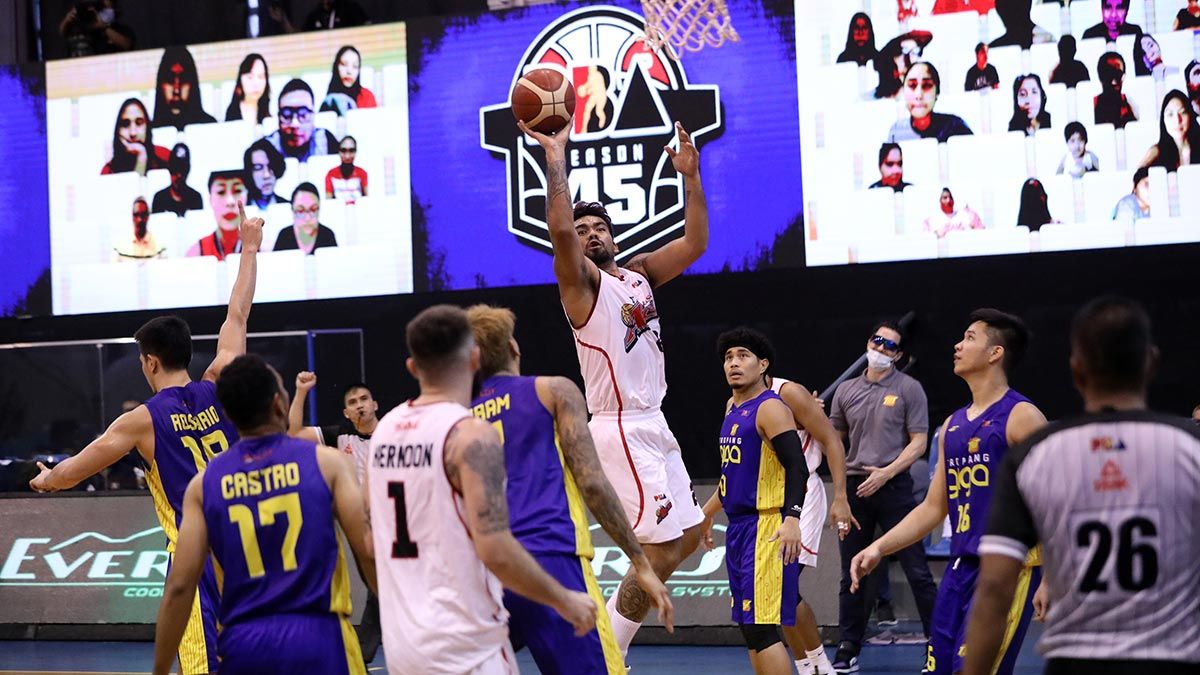 Pogoy’s 45 points was the third highest all-time in franchise history behind Asi Taulava’s 50 in the 2004 Fiesta Conference and 49 in the 2003 Invitational Conference, according to PBA statistics head Fidel Mangonon III.

Pogoy’s 10 threes, an all-time record for TNT, was the most in a league game since Chris Ross’ 10 for San Miguel in Game Two of the 2019 Commissioner’s Cup semifinals.

Despite Pogoy's career game, TNT still needed the steadying presence of Jayson Castro late to put away an Alaska side that refused to go down without a fight.

With Pogoy suffering a cut above his left eye following a collision with Mike DiGregorio, Castro took over by scoring on a running shot, 98-95, with 28.2 seconds left.

Ryan Reyes forced a turnover with a deflection off JVee Casio and Castro picked up the loose ball and, after a timeout, sealed the victory with two free throws with 14.6 seconds remaining.

A triple and a three-point play by Pogoy and a lay-up by Castro pushed TNT ahead after a long chase, 89-82, but Alaska didn’t gave up and clustered 10 straight points to wrest back the lead 92-89.

Pogoy promptly buried another triple to tie the game. 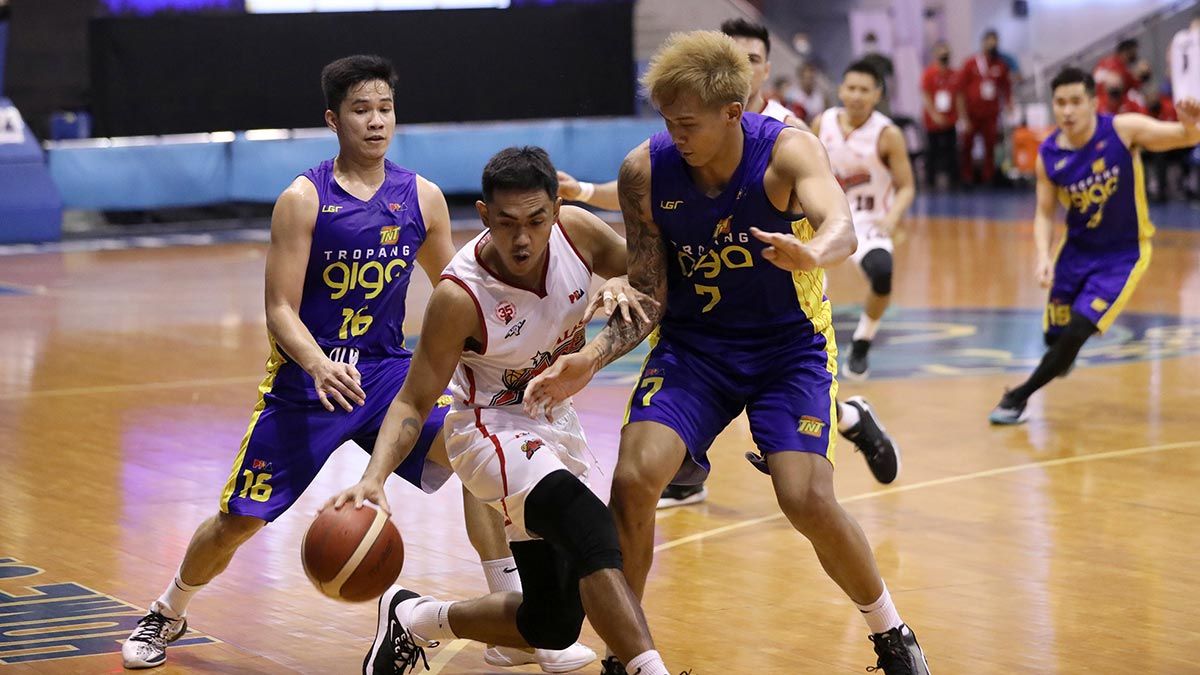 Abu Tratter had 17 points, while Robbie Herndon and Mike DiGregorio chipped in 16 points each for the Aces.

The Tropang GIGA fired blanks early in the match as Alaska opened a 30-15 lead at the end of the first quarter, and a 32-15 advantage to start the second.

But Pogoy, scoreless in the first period, bounced back with 21 points in the second quarter including five triples to tie the ballgame at the half, 48-48.