Rookie Mikey Williams honored to be mentioned in MVP conversation

MIKEY Williams says focus remains on winning championships and not individual awards, even as he has achieved both in his debut conference.

Finals MVP for the PBA Philippine Cup champion TNT Tropang Giga, the 30-year-old rookie is on track for an even bigger individual title, the MVP award.

Williams is in the early lead in the statistical points race at the end of the Philippine Cup after totaling 35.3 statistical points following the finals series where he captured the Finals MVP title, the first rookie to do so in his very first conference in the league.

Asked for his thoughts a few days after TNT completed its title run in the Philippine Cup, Williams said just being mentioned that there is a chance for that rare feat is already a blessing. Only Benjie Paras, the top pick from University of the Philippines, had accomplished the feat when he won the MVP plum in his first year with Shell in 1989.

Williams said his approach will remain the same despite the possible accomplishment with a championship being the ultimate goal.

“It’s definitely a huge honor and blessing to have my name in such a category. A blessing ultimately my only goal for the year was winning a championship everything aside from that is a bonus,” said Williams. 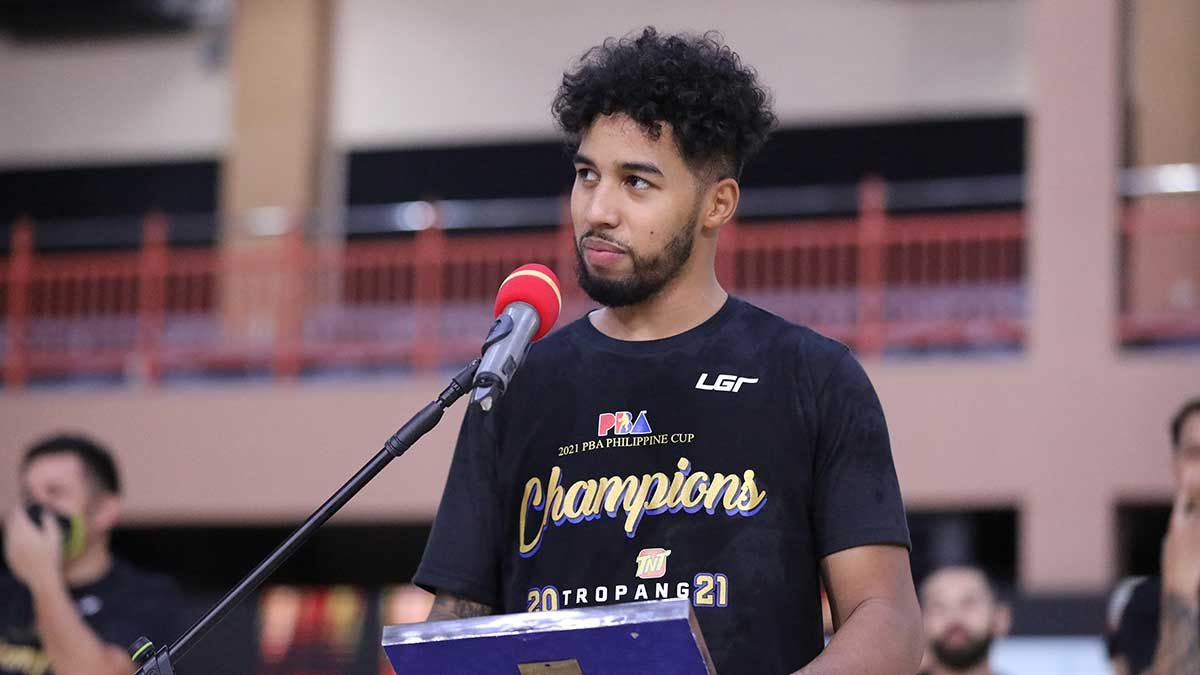 The fourth overall pick in the recent draft definitely didn’t play like a rookie all conference long. The former NBA G League player and Cal State Fullerton product averaged 27.6 points, 5.2 rebounds, and 4.8 assists, while also shooing 52 percent from the field in the five-game series against Magnolia.

The result was Williams overtaking Robert Bolick in the race with the NorthPort guard accumulating 33.7 SPs.

Best Player of the Conference Calvin Abueva fell to third with 32.3 SPs, followed by Magnolia teammate Ian Sangalang with 32.2 SPs, and June Mar Fajardo of San Miguel with 31.8 SPs.

Following the grueling semi-bubble campaign in Bacolor, the 30-year-old Williams is taking a break, and plans to go to the US to rest in preparation for the next conference.

“I been relaxing trying to get my body in order,” said Williams.

Williams said he is still savoring the moment of winning the championship especially with all the hours in the gym and working on his game.

“After the game when I got to my room,” said Williams, when asked when did the championship sank in to him. “All the hardwork and countless hours put in came to fruition.”