The former TnT practice player was signed to a one-year deal by the Tropang Giga on Wednesday as he was accompanied by representative Danny Espiritu at the PLDT office in Makati.

The 28-year-old De Leon, named by his father after legendary PBA player Samboy Lim, played a key role off the bench for TnT in the last Philippine Cup bubble, where the team finished runner-up behind Barangay Ginebra Kings.

In the four games he played in the best-of-seven title series, the former NAASCU (National Athletic Association of Schools, Colleges, and Universities) MVP averaged 8.0 points, 8.0 rebounds, and 2.0 blocks as one of the reliable role players for coach Bong Ravena and active consultant Mark Dickel.

De Leon is grateful to both TnT management and Espiritu. 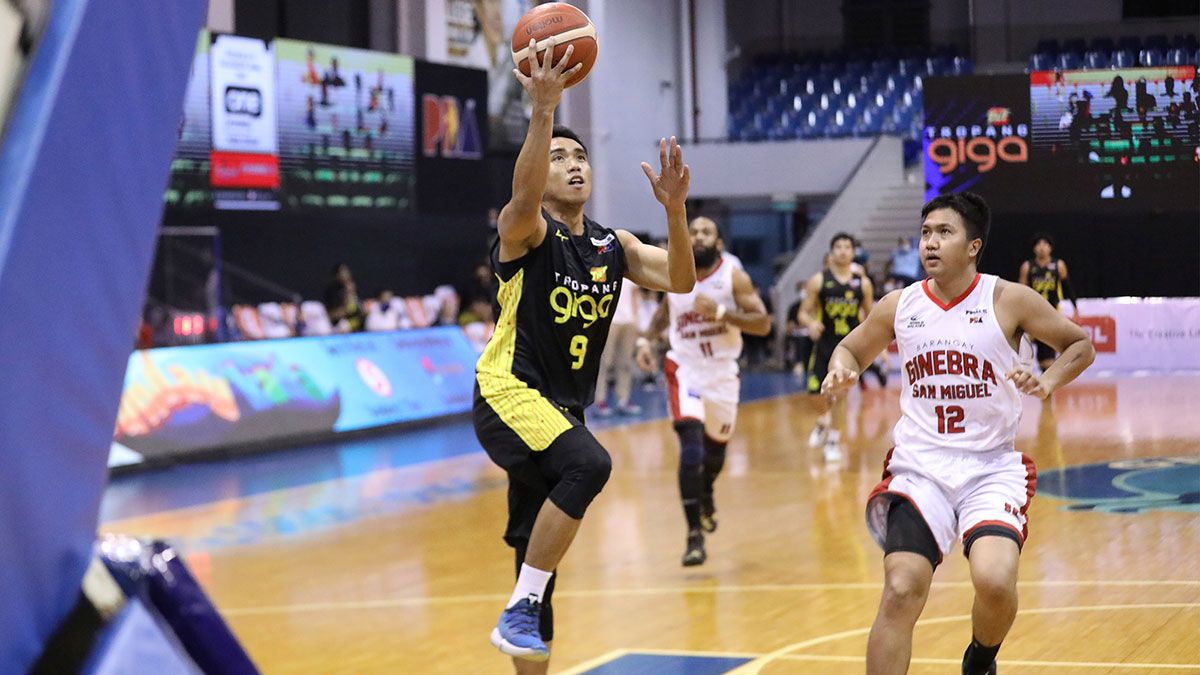 "Kasi at this time of the pandemic, may work pa ako," De Leon added. "Their support inspires me to be a better player."

The 6-foot-3 De Leon was selected 39th overall (fourth round) by the Star Hotshots in the 2015 draft out of Centro Escolar University.

He played for the Hotshots until 2017 and then took his act in the MPBL (Maharlika Pilipinas Basketball League), spending time playing for teams San Juan Knights, Bacoor Strikers, Navotas Clutch, and Iloilo United Royals.

But in 2019, he hooked up as a practice player for TnT starting the 44th season, eventually earning a spot in the regular team rotation by the time the Governors Cup came.

He hasn't missed a beat since then.