TnT on the lookout for deals to improve depth, rebounding, says Chot

CHOT Reyes would love to have the Jimmy Alapags and Ranidel De Ocampos around when he returns to coach TnT Tropang Giga in the PBA.

But he also knows that this is an entirely different time.

"I'm coming in with a clean slate," Reyes, who came out of retirement to make a PBA comeback by way of his old team TnT Tropang Giga, said in an interview with Noli Eala on Power & Play on Saturday.

Reyes, 57, won half of his eight PBA championships with Talk 'N Text, the last in the 2012 All-Filipino Cup. Now only Jayson Castro and Ryan Reyes are the only old-timers still around in the team that Reyes inherited from Mark Dickel.

"I'm here to get the best [out of] RR Pogoy, the best Troy Rosario, the best Rayray Parks, so when they get together, to get the best TNT team," he added. "And then I'm excited to work with Kib Montalbo, with Poy Erram and other less-known players.

Although he has yet to hold a team or coaches' meeting since his surprise appointment was made public last week, the former Gilas Pilipinas coach said he is in constant touch with the players as well as with the coaches.

But right off the bat, Reyes sees two areas that need improvement from the TnT team which finished runner-up twice under Dickel, including in the bubble campaign where it lost to Barangay Ginebra in the finals.

"I found that we were No. 1 in starters' scoring but No. 10 in bench scoring. So obviously, we need to address our depth," said Reyes. "We also found that our guards outrebounded our bigs. So we have to address our big man rebounding." 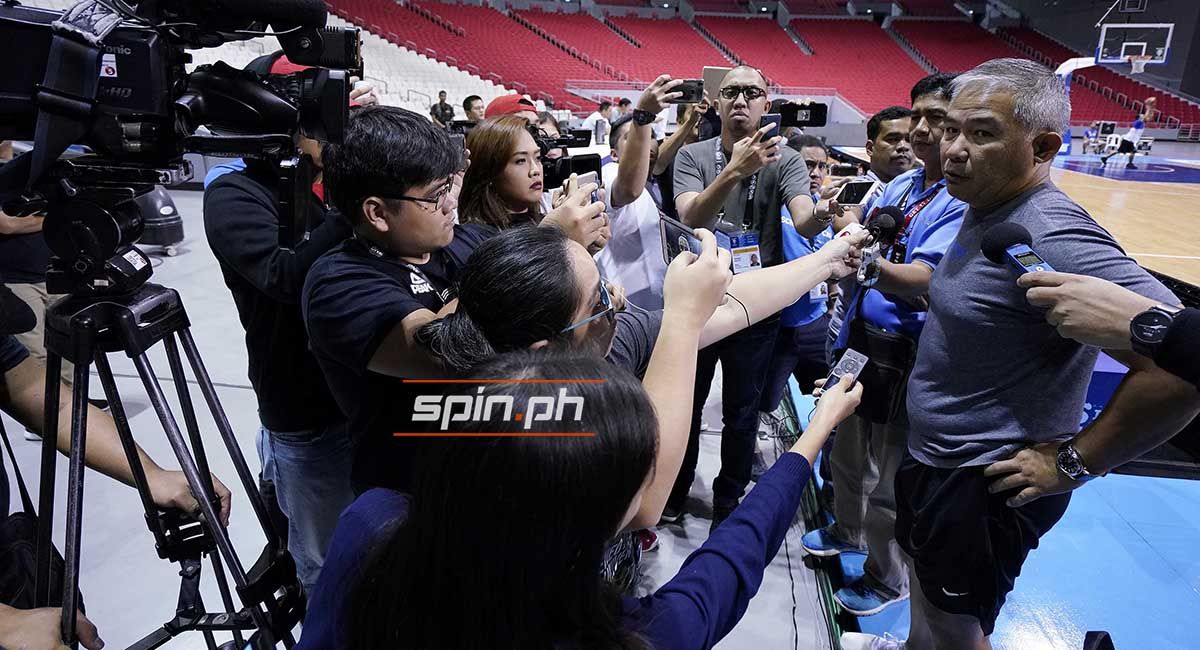 Bringing in free agent Dave Marcelo should help address the rebounding problem, but Reyes said the team is looking to bring in "a couple more guys and hopefully we can talk about them in a week or so."

To do that, TnT and Reyes will have to scour the unrestricted free agent market or make a trade, especially since the Tropang Giga have no pick in the first two rounds of the March 14 rookie draft and won't be picking until late in the third round at 35th overall.

"We're trying to make a deal to take advantage of this deep draft," Reyes said. "But as I told management, we have the team to compete. I don't know if it's a team that can take us over the top, but it's our job as coach to mold this team [and] make it better and punch above its weight."

The objective, he said, is to improve the team and hopefully keep in step with the San Miguel bloc of Ginebra, Magnolia and SMB, who Reyes believes remain the teams to beat in the pro league,

"Our objective is not only to make trades; our objective is to improve the team. We're always on the lookout and asking ourselves that, 'How can we improve this team?' said the five-time Coach of the Year awardee.

"I think any team in the league, on the top of their list are the three San Miguel teams. Those teams are always going to be your top tier," he added.