TNT eyes deal with Alan Wlliams or Vince Hunter, but neither can make it in time for GlobalPort game

THE good news for Tropang TNT fans is that the team is looking at two imports in Alan 'Big Al' Williams and Vince Hunter as possible replacements after Ivan Johnson was handed a season ban for an altercation with PBA commissioner Chito Narvasa.

The bad news? Neither can make it in time for the Texters' game against GlobalPort on Friday.

Insiders bared the team is working to strike a deal with either of the two imports, in the hope that one of them can come over in time for the PBA Commissioner's Cup game against the Batang Pier.

But even if one of them arrives on Friday, it is doutbful if he can suit up since it will take quite a while to secure working permits from the Bureau of Immigration (BID) and a license from the Games and amusement Board (GAB).

A new import also has to go through other procedures, like the official measurement at the PBA, before he is cleared to see action.

That should leave Tropang TNT with no other choice but to play with an all-Filipino crew against a GlobalPort side that is having import problems of its own with the below-par showings of Brian Williams.

Of the two TNT prospects, Williams looked more impressive, at least on paper.

Williams went undrafted in the NBA in 2015 but suited up in Summer Leagues in Orlando (under Charlotte) and Las Vegas (under Houston). He was named to the All-NBA Second Team Summer League with averages of 20.5 points and 11.5 rebounds. The burly center even had a 22-point, 21-rebound game in Las Vegas.

He saw action on a one-year deal with the Qingdao Doublestar in the Chinese Basketball Association, where he topped the league in rebounding (15.4 boards) to go with 20.8 points and 1.6 blocks in 35 games.

Like Williams, Hunter went undrafted in the NBA in 2015 but has made his mark with the Reno Bighorns in the D-League, where he averaged 21.8 points (2nd best in the team and fifth in the D-League) on 58.9% FG shooting, 11.3 rebounds (third best in D-League), 1.4 assists, 1 steal and 1.5 blocks to earn an All Star selection.

What's keeping both from committing to TNT, an official admitted, is the hope that they could get call-ups from NBA teams as the league enters its final stretch at the end of the All Star weekend. 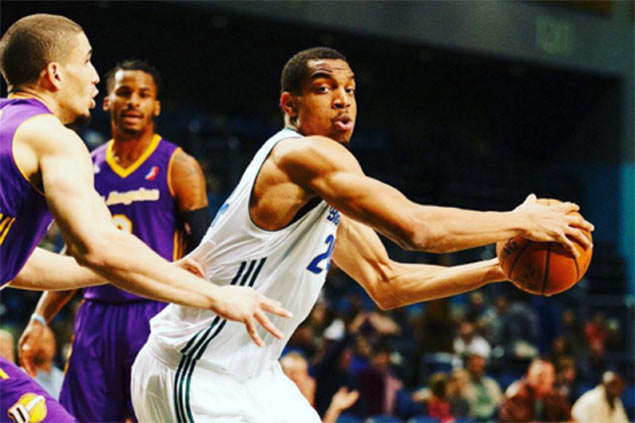