TNT Katropa sent Blackwater crashing back to earth with a 117-96 decision in the PBA Governors' Cup on Wednesday at the Mall of Asia Arena.

TnT bounced back from a sluggish opening period before cruising to its fourth victory in six matches while putting a stop to the Elite's franchise-best three-game winning streak.

Things went TnT's way after a technical problem briefly halted the game for over a minute into the second period. Behind Glen Rice Jr., TnT turned a slim 30-25 lead into a 62-40 lead at halftime.

The Elite, who have yet to win a game against TnT since entering the league in 2014, simply had no answer from there.

Rice dropped 13 of his 31 points in the second period while collaring six rebounds, and issuing four assists. His defensive prowess was also in full display as he had seven steals.

Kelly Williams added 21 points, while Jayson Castro had 11 markers for the team that was almost at full strength.

With Troy Rosario back following his stint with Gilas Pilipinas, only RR Garcia was absent in coach Nash Racela's roster.

"We're all satisfied in what we saw. It also helped that we're slowly getting complete as a team," said Racela shortly after the match.

Henry ‘Bill’ Walker paced the Elite with 33 points, including 18 in the third period, and 18 rebounds. JP Erram had 18 markers and 13 rebounds. 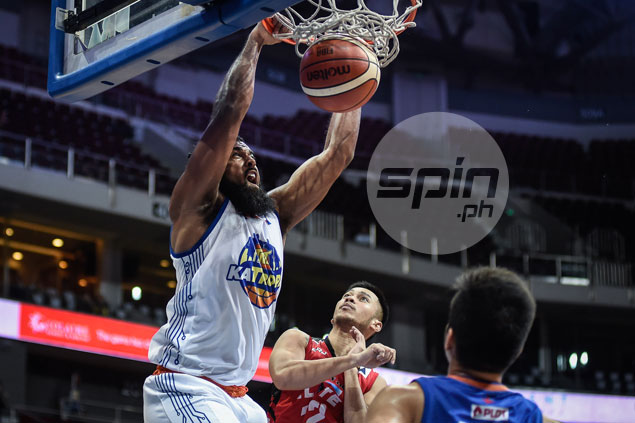