Rosario hit the wide-open trey with 1:04 minutes left to break an 86-all standoff and Jayson Castro scored on a daring drive off June Mar Fajardo to give TNT some breathing room after being under siege the entire second half.

Former Beerman Brian Heruela then delivered the clincher by stripping Alex Cabagnot of possesion, enabling the KaTropa to tie the best-of-three series at 1-1.

The deciding Game Three will be played on Wednesday, also at the Big Dome.

Rosario and Castro's late heroics steadied the ship for TNT, which blew an 11-point lead as San Miguel was able to tie the game at 86-all on eight straight points from Christian Standhardinger and Fajardo. 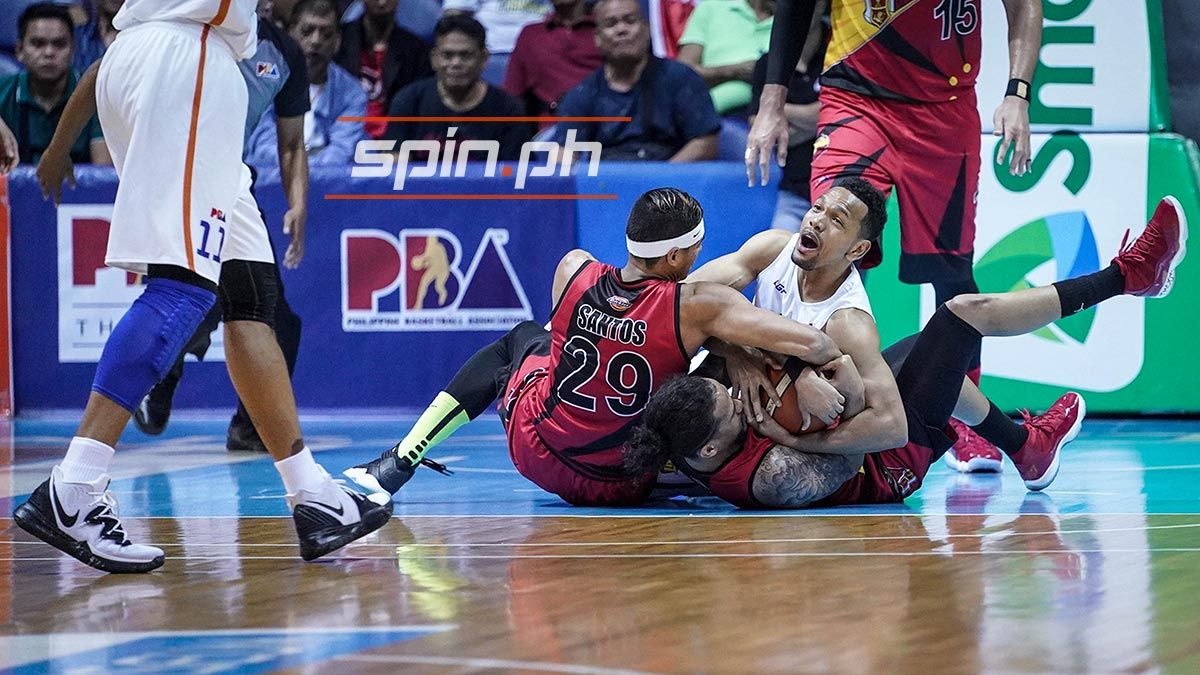 Rosario finished with 15 points and 12 rebounds and hit three three-pointers in the highly physical and fiercely fought match, none bigger that the one he hit off Castro's assist late in the game.

“We are just lucky that we tied the series,” said TNT coach Bong Ravena. “Nothing to celebrate.”

RR Pogoy topscored for the KaTropa with 20 points while grabbing nine rebounds, while Castro added 19 points and nine assists.

Fajardo led the Beermen with 26 points and 19 rebounds, but found himself on the bench midway through the fourth quarter after sustaining a boxer's cut in his forehead from an accidental Rosario elbow during a rebound play.

Standhardinger added 18 points and eight rebounds for the Beermen.