BOBBY Ray Parks agreeing to a short one-year deal with TNT speaks volumes on how much the Fil-Am guard wants to prove himself in his sophomore year.

That's the frank assessment of KaTropa team manager Gabby Cui after the two parties struck a deal on Monday that kept the three-time ABL MVP in the TNT camp.

"I think maybe that's his challenge, so he can prove himself and after that one-year deal, he can maybe look at getting more for himself," the amiable executive said.

"I think that's more of what he thinks eh, that he feels that he can use this year to really do his best and show us more." 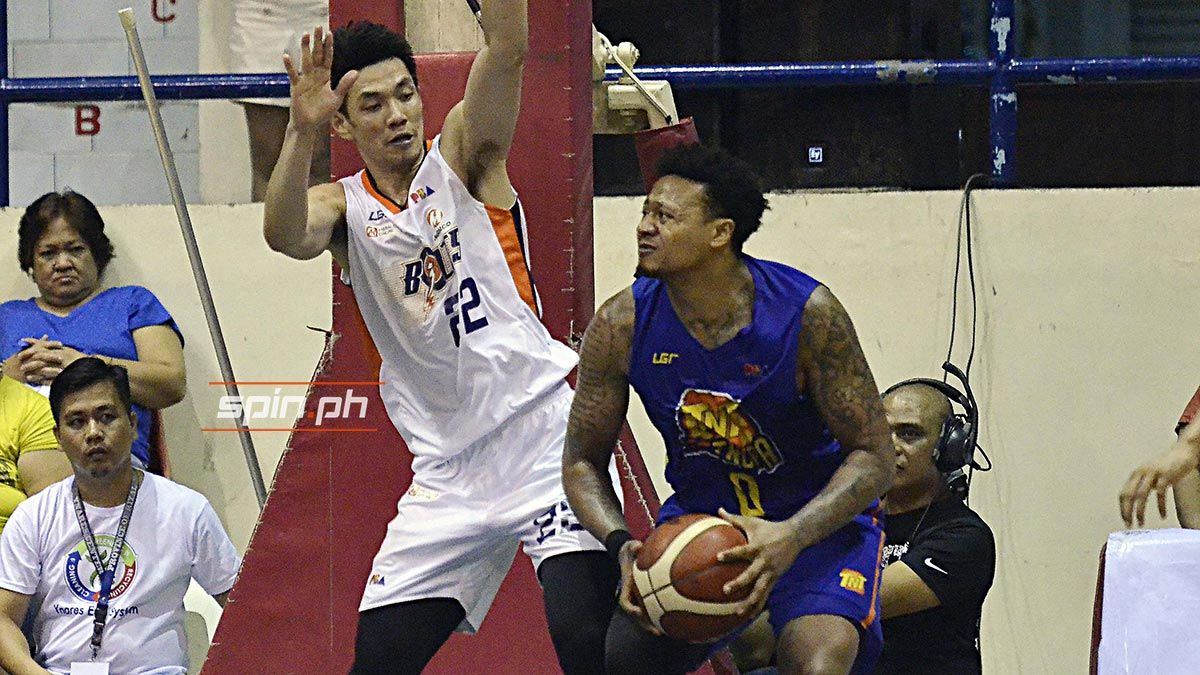 Parks came to terms with TNT after a contractual standoff when his two-conference contract, signed when he was still with Blackwater, expired on January 31.

Cui shared that even before that original deal elapsed, TNT management had been in constant communication with the camp of the versatile swingman.

"We tried to come to terms before his contract expired, but it kind of overlapped for about two weeks. But I think it was a good process for everyone. We had to go through the process so that he gets the best deal for him," he said.

"We gave him the best deal and the best deal also for the company. And we came to terms and had a good agreement. But that's the way negotiations go eh. You try and find that win-win situation and I think we found it."

TNT believes Parks can bring more than what he showed in the nine games he played in the Governors' Cup, where he averaged 12.2 points, 6.4 rebounds, and 3.6 assists for the KaTropa.

"I think we've barely scratched the surface of what Ray Parks can do," said Cui. "You see his stats, he's an NBA talent. We've seen what he can do and if he does the best in his ability and performs well, sky's the limit.

"The rewards at the end of the rainbow will be good for both if we win a championship also."

Parks returns to the team on Tuesday as he comes back to a vastly revamped TNT side, one that is also set to acquire center Poy Erram from NLEX in a three-team trade that involves Blackwater.

"The team's always a constant work in improvement. The season is long, but right now, we're happy with the team that we have, and we're looking forward to Ray coming back," he said.