If we can't stop June Mar, we must stop rest of Beermen, says Chot

TNT knows June Mar Fajardo will continue to get his numbers throughout the 2022 PBA Philippine Cup finals series.

Fajardo proved why he's the statistical leader in the Best Player of the Conference race right in Game One as the six-time PBA MVP scored 24 points and grabbed 16 rebounds while only missing one of his 12 attempts.

The Tropang Giga escaped with the win, 86-84, on Jayson Castro's game-winner that beat the game clock by the slimmest of margins, but TNT coach Chot Reyes figures the 6-10 Fajardo will be a big problem for the entire series.

So how do you stop June Mar?

“Wala eh, our attitude on June Mar is we will do the best we can,” Reyes said. “Hindi mo naman talaga maiistop eh. Ang ganda ng depensa namin sa kanila sa low post. So what did he do? He stepped out and ang dami niyang na-shoot na medium-range jump shots. Wala ka na magagawa kapag ganun.”

Fajardo got his points, but TNT did a good job of limiting the other Beermen. Aside from CJ Perez and Jericho Cruz who had 21 and 10 points, respectively, no other SMB player was able to chip in significantly in Game One.

Reyes hopes that trend will continue as the series progresses.

“I thought we did a good job of limiting the others. I thought June Mar was going to get his and we know because of the attention we put on June Mar. The others will get opportunities as well. But as long as we can keep [limit] it to that, ‘yun ang pine-prepara namin. Hopefully, we can shut down the others,” said Reyes. 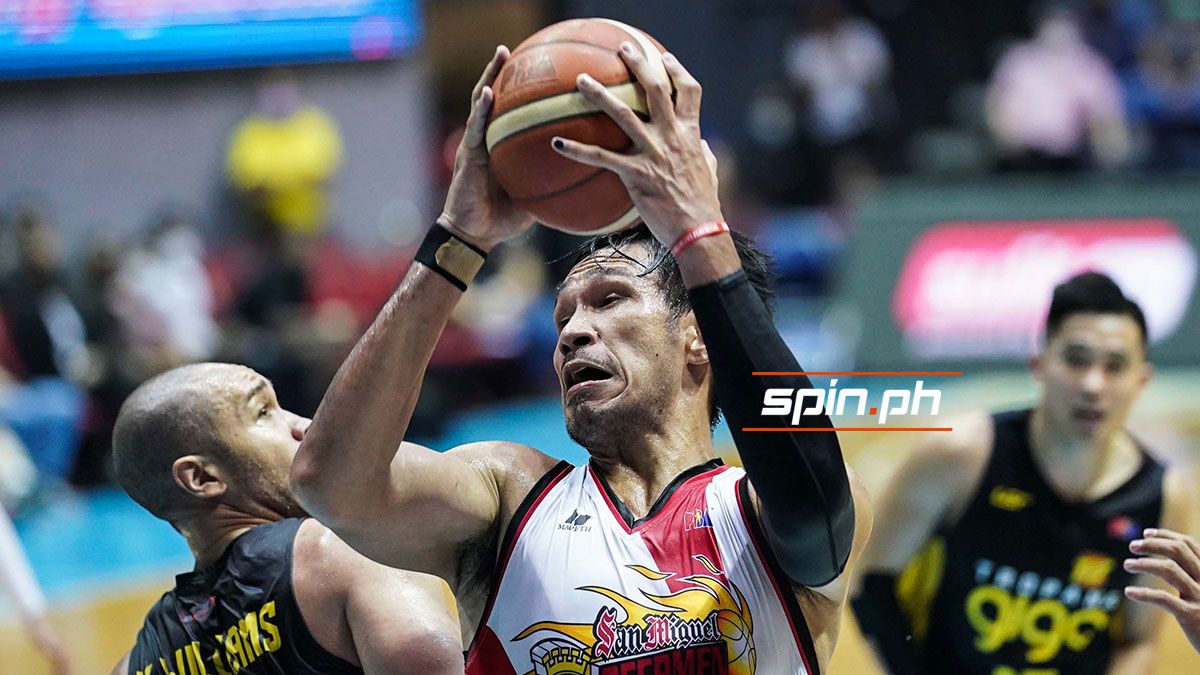 To do that, Reyes said TNT must limit its turnovers. The Tropa had 18 in the series opener, but only five after halftime.

"Their depth didn’t hurt us as much. Pero kapag binigyan mo sila ng maraming opportunities and chances, wala kang pag-asa talaga. They are just too good of a team,” Reyes added.

“So like I said, we do the job on the others and we give ourselves a chance on the other end.”