TNT chalks up win No. 3 as San Miguel reels after Romeo injury

BOBBY Ray Parks and RR Pogoy sizzled early before Poy Erram finished the job in yet another runaway victory for TNT.

There were no 40-point performances for the Tropang GIGA this time, but they were just as dominant as a third different man became the leading scorer against a San Miguel side that faded after high-scoring Terrence Romeo suffered what doctors feared was a dislocated shoulder.

Parks and Pogoy, who had a 40- and 45-point performances in their previous matches, combined for 20 points in the first quarter and the Tropang GIGA immediately turned the clash between the two flagship clubs of rival conglomerates into a blowout. 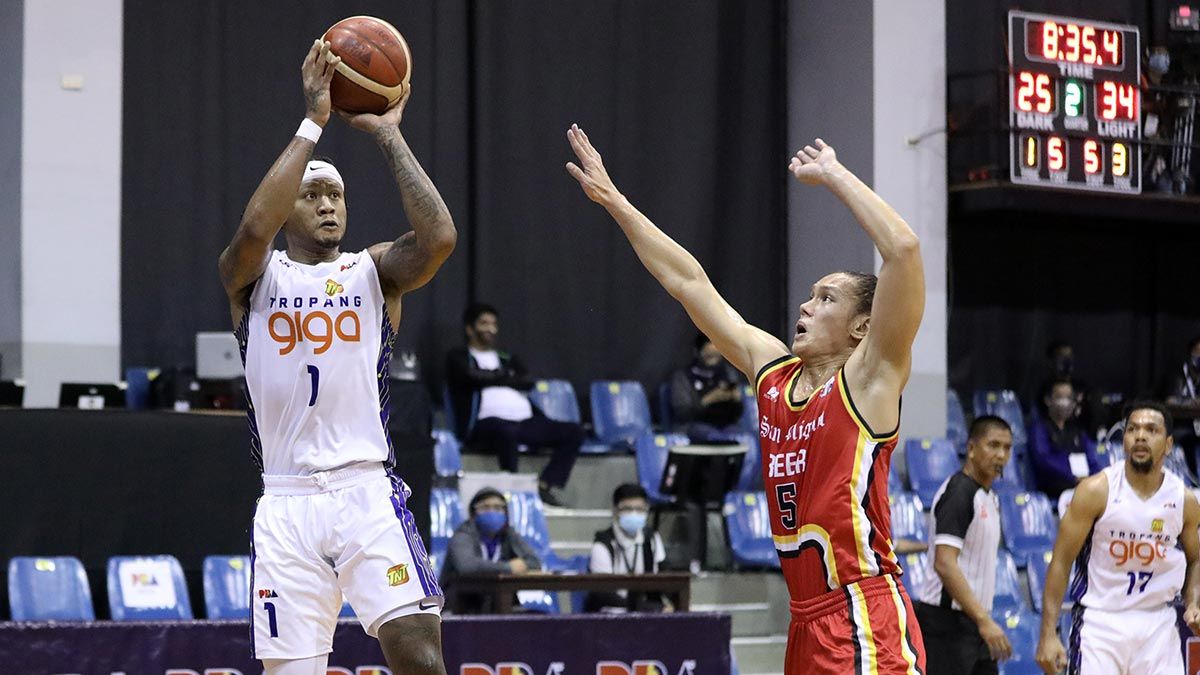 Erram joined the scoring parade while SMB starting center Mo Tautuaa was weighed down by foul trouble, finishing with a career-high 27 points to lead the Tropang Giga to their third win in as many outings in the bubble.

So dominant were the Tropang GIGA that the 2-0 start by the Beermen turned out to be their only taste of the lead. San Miguel fell to 1-2, its only victory coming last March 8 before the suspension of play due to the COVID-19 pandemic.

Worse, the Beermen, already without six-time MVP June Mar Fajardo, are in danger of losing Romeo. The guard was rushed to the nearby Medical City Hospital after hurting his shoulder in a collision with Ryan Reyes.

Erram actually had a double-double as he grabbed 15 rebounds as the new TNT big man continued to atone for a disappointing debut game where he was sent off against Alaska due to successive technical fouls.

Parks scored 22 points on 4-of-6 shooting from three-point distance while Pogoy added 15 before going down with an ankle sprain after two separate awkward landings.

Troy Rosario also had 16 points for the Tropang GIGA, who also got 11 points and 11 assists from Jayson Castro.

“We are still adjusting to our system and we are just fortunate to have guys like Roger, Rayray, and now Poy step up tonight,” said TNT coach Bong Ravena. 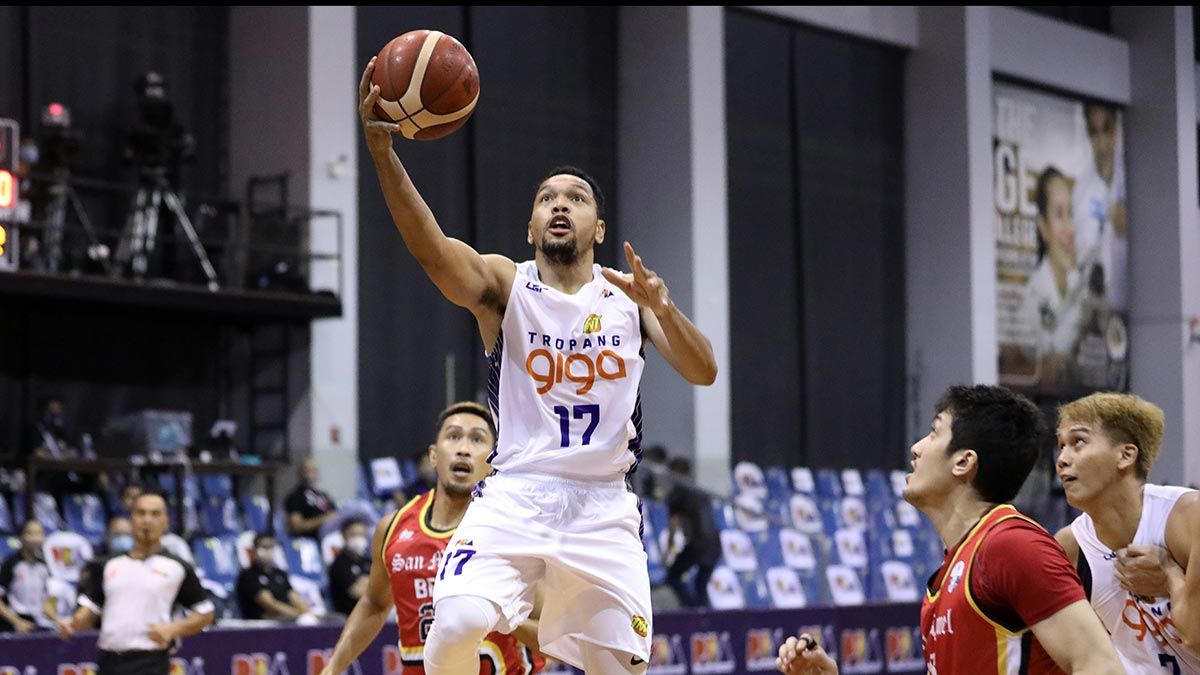 Five players led by Alex Cabagnot’s 15 points scored in double figures for the Beermen but they were visibly affected by the absence of an explosive scorer in Romeo, who still ended up with 11 points despite playing for only 13 minutes.