TNT relies on Pogoy baskets, defense to put away SMB in Game One

Pogoy picked up the scoring cudgels late for the Tropang GIGA, who needed a big stop on Marcio Lassiter's drive in the game's final play to take a 1-0 lead in a highly anticipated best-of-seven series in Bacolor, Pampanga.

The Tropang GIGA led for the most part but found themselves under siege in the final stretch when CJ Perez scored consecutive baskets to cut the deficit to a single point, 89-88, going to the final 9.5 seconds.

“San Miguel can beat you in so many number of ways,” said TNT coach Chot Reyes. “It can be a ball screen, last-second shot, and then isolation, and the post.” 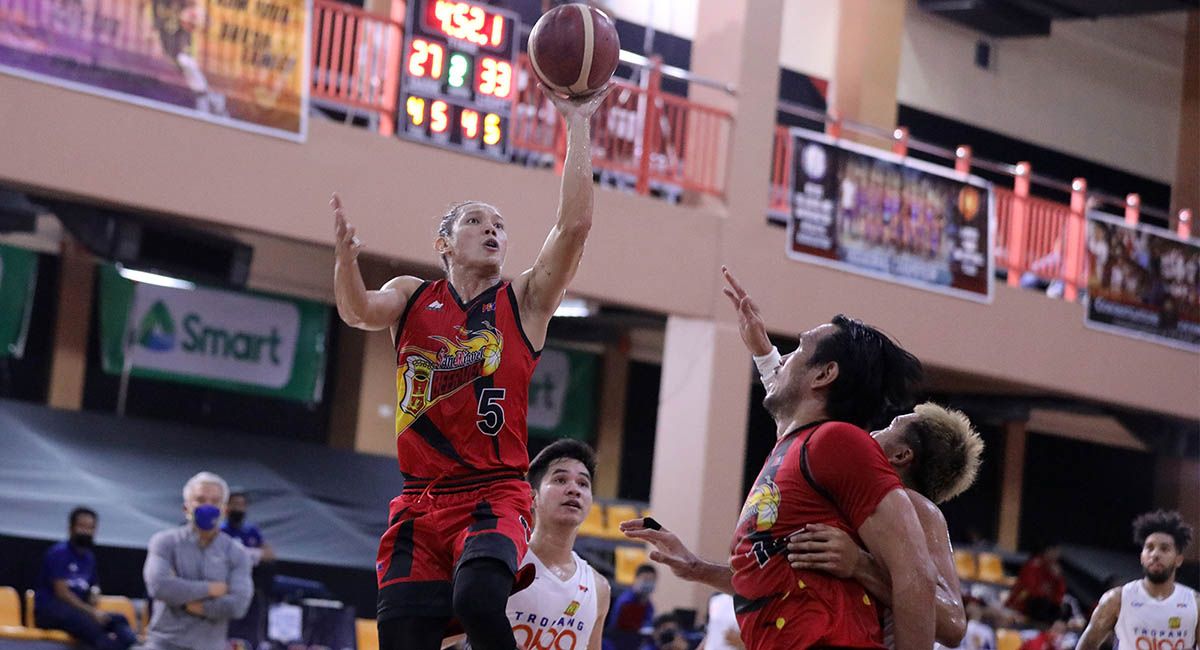 Pogoy scored 10 in the quarter to get his offensive game going after being held to five in the first half. Jayson Castro hit five of his 16 points in a 12-0 run that widened the Tropang GIGA's lead to 69-57, the biggest lead by either team.

TNT's lead was whittled down to one, but back-to-back baskets capped by a tough Pogoy layup with 1:34 left restored the Tropang GIGA's lead to 89-84.

That cushion proved to be enough as TNT didn’t fold even after CJ Perez’s back-to-back lay-ups cut the deficit to one once more.

On the last play, Reyes said: “We just said, we play our straight up defense the best way we can and see what happens, challenge whatever shot it is and let’s not foul, and then it’s important to get five guys to rebound."

"This is the deepest, most talented team in the league. We will just play our best.”

Poy Erram scored 15 points and Troy Rosario added 14 points on a night where Best Player of the Conference candidate Mikey Williams was limited to seven points, although the rookie added eight rebounds and six assists.

Pogoy eclipsed the 20-point performance in their match against Meralco last September to notch a new conference high.

Perez had 23 points, while June Mar Fajardo dominated the shaded lane with 13 points and 11 rebounds for the Beermen.