RR Pogoy waxed hot in the second half, bouncing back from his offensive struggle in Game 6 as the Tropang GIGA earned the right to face Magnolia in a best-of-seven playoff, averting an all-San Miguel Corp. finale.

Pogoy's second-half explosion preserved the efforts of rookie Mikey Williams and veteran Kelly Williams in the first half where TNT began to widen the gap and take control of an intense and bruising showdown.

Troy Rosario and Poy Erram joined the fray in the final quarter to help the Tropang GIGA seal the win and bring former Gilas Pilipinas coach Chot Reyes to the finals in his comeback conference as TNT coach. 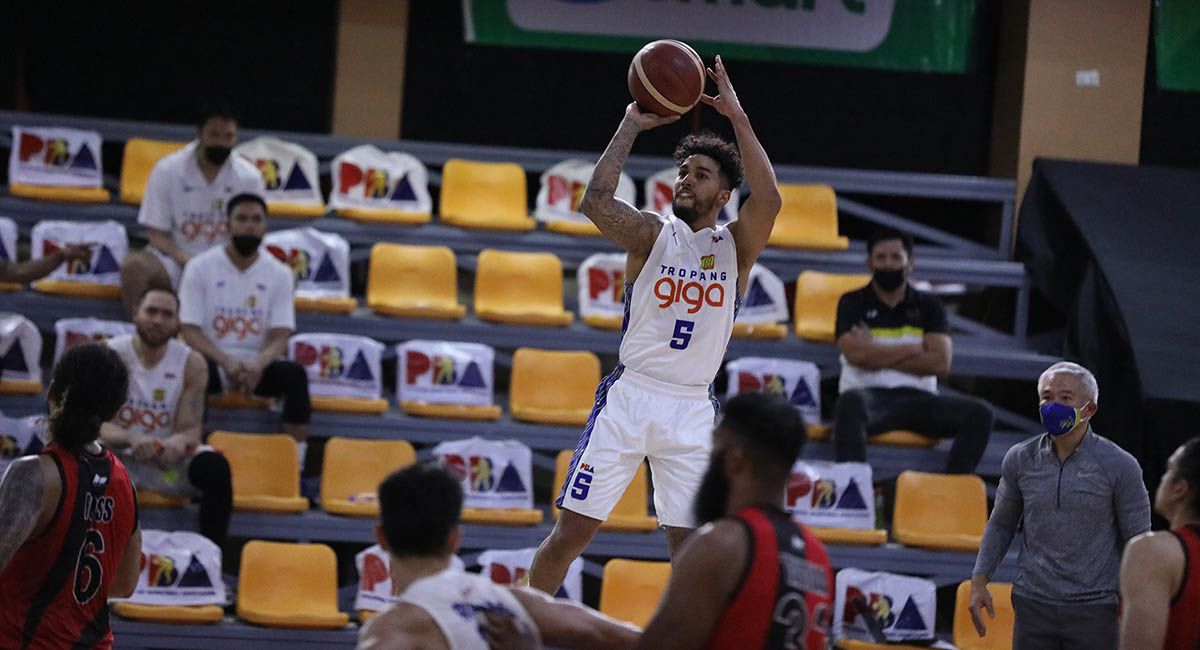 The loss eliminated San Miguel from title contention for the second season in a row after a run of five straight all-Filipino championships.

Pogoy finished with 27 points on 10-of-19 shooting from the field. He was also 4-of-6 from threes. The Tropang GIGA finished 12-for-26 from three-point distance after a cold start.

TNT coach Chot Reyes said he encouraged his wards to enjoy the moment of playing in a Game 7.

“We told the players before the game, that if you told me before the series that we are going to play the first four games without our starting center and play the last few games with our back-up center with a fractured bone and then we are going to be 3-3 after six games, then we will be very, very happy.”

“I thought that’s what happened. They came in with great resolve. All the rest, they did in all the effort. They executed, made the shots, made the defensive stops. We are just fortunate to be in the finals,” said Reyes.

TNT now faces a Magnolia squad that sealed its place in the finals last Friday by dispatching Meralco in six games.

“There is still another one huge mountain to climb,” said Reyes.

Mikey Williams scored 20 points and grabbed eight rebounds for the Tropang GIGA. He also shot 3 of 7 from threes, two coming in the second period when they opened a 45-36 lead by halftime.

Kelly Williams already had a double-double by the first half, finishing with 11 points and 10 rebounds, but more importantly for TNT defended San Miguel big man June Mar Fajardo for much of the contest.

Rosario had 12 points and 12 rebounds including two dunks that put an exclamation point to the win. His second slam allowed TNT to grab an 84-57 lead with 5:17 left, and the gap even rose to 26 late in the game.

Erram had a near double-double as he had nine points and 11 rebounds after he decided to remove his mask to protect his fractured cheek bone.

Fajardo finished with 22 points and 16 rebounds while Chris Ross had 15 points and 11 rebounds. Mo Tautuaa, CJ Perez, and Terrence Romeo were held to 22 points combined as they dealt with injuries late in Game Seven.

Marcio Lassiter, the hero of Game 6, was held scoreless in the do-or-die contest, missing all his eight shots including four from behind the arc.