TNT is back on top of the PBA mountain, and it took the play of a 30-year-old rookie and the return of the most successful coach in the history of the franchise to do so.

The Tropang GIGA outclassed Magnolia once again with a 94-79 win in Game 5 at the Don Honorio Ventura State University gym, ending their search for the crown that has become elusive to the franchise for six years until Friday night.

Mikey Williams, drafted fourth overall in the recent draft, led the way as he helped bring the Manny V. Pangilinan-owned franchise to their first title since the 2015 Commissioner’s Cup when they beat Rain or Shine in seven games. 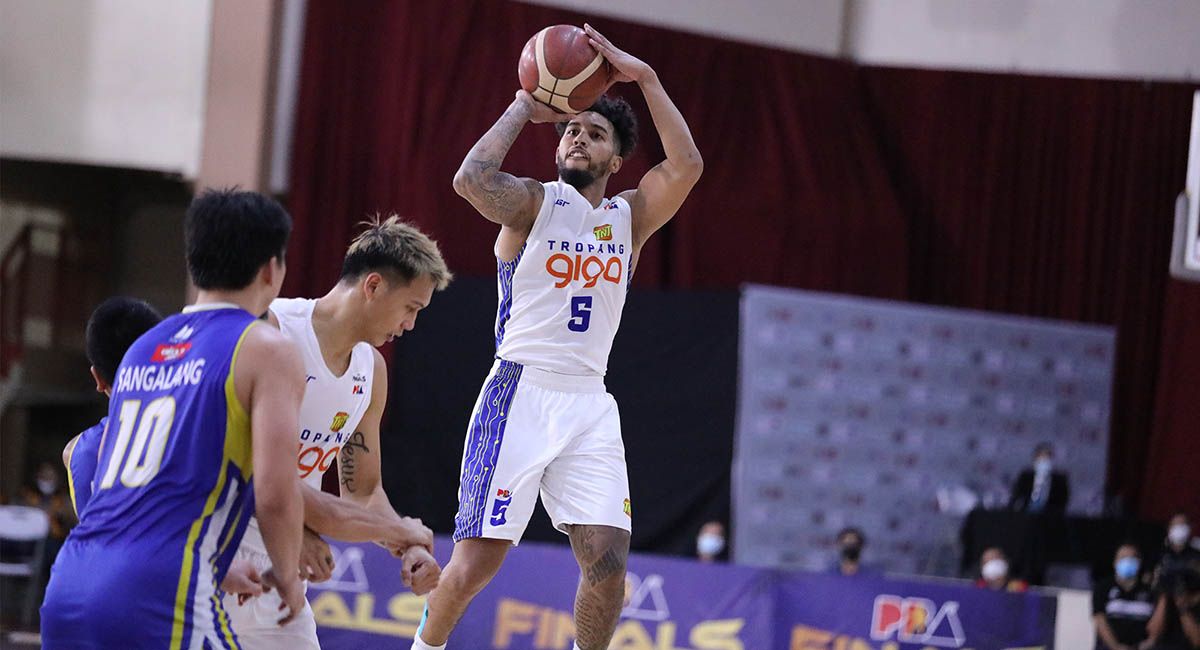 The win also completed the successful coaching comeback of Reyes, who returned to the ballclub during the offseason after a nine-year absence and promptly won his ninth crown as PBA coach - but his first since the 2012 Philippine Cup.

Reyes and TNT also end an 11-conference title streak of San Miguel Corporation-owned teams in the PBA, doing so by beating Barangay Ginebra, San Miguel, and Magnolia successively in the playoffs on their way to the 2021 title.

Save for a late run in the second quarter by Magnolia, it was all TNT after that as Pogoy continued his scoring spree in the third with seven in the period to enter the fourth with a 72-53 lead.

The Tropang GIGA still ran away in the fourth and led by as many as 25 points in Game 5 on their way to the title. Williams buried a triple for a 91-75 lead with 2:12 left to put the finishing touches in the win that gave the ballclub their eighth championship. 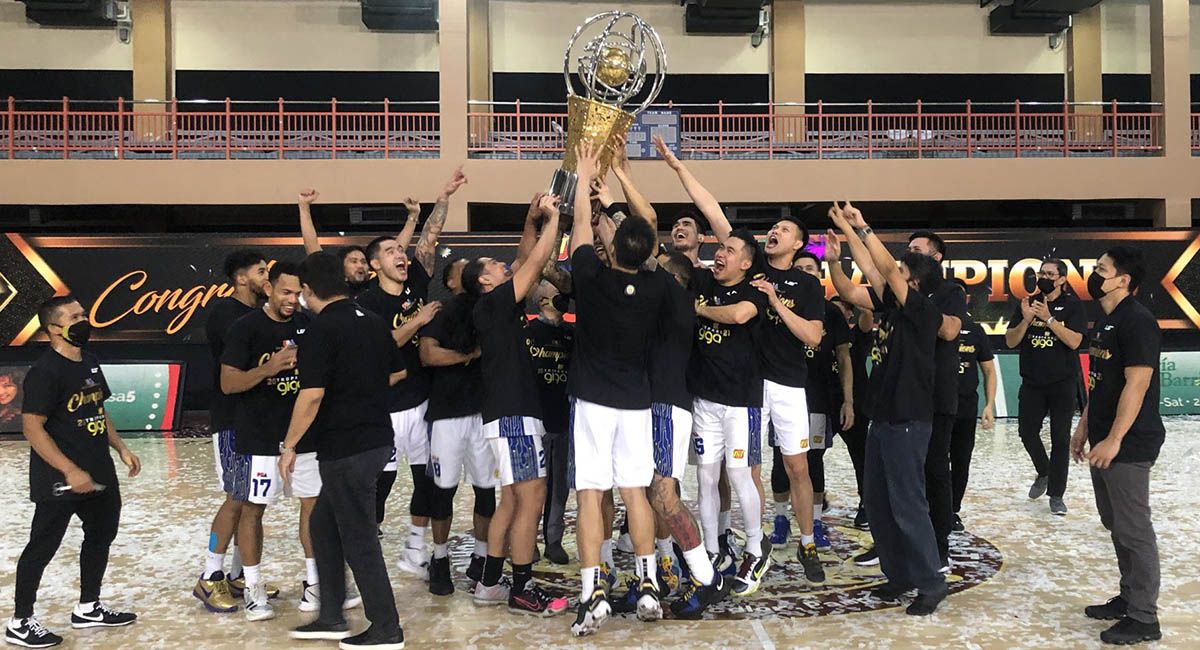 Players began the celebration once the final buzzer sounded, some of whom, winning the PBA crown for the first time, left in tears following the achievement.

Reyes thanked TNT management for the trust while hailing his players for making the title possible.

“We dedicated this to management, our owners who have been very patient. It’s been six years. Thank you for their support and continuing to believe in this team,” Reyes said.

“I have to give this award to the players. They really put in the effort. They stayed together through all the adversity. This is just a great reward for their hardships,” said Reyes, who also thanked their family and fans for their support. 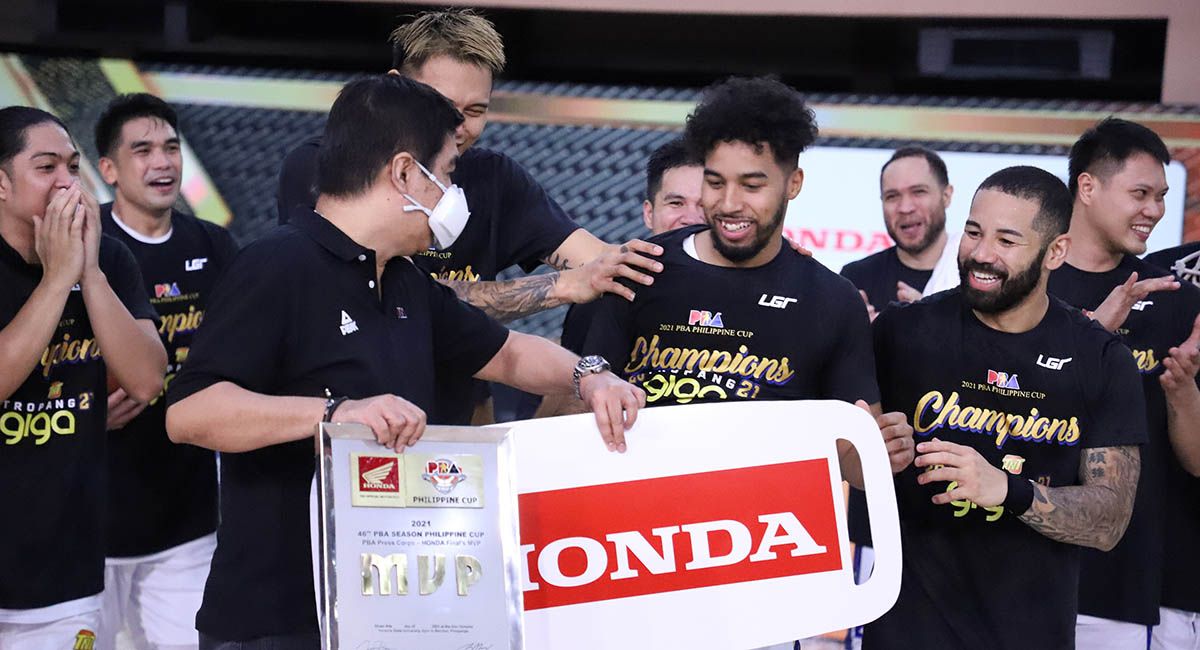 TNT actually began to separate itself from Magnolia in the first period with an 11-0 run to grab a 21-12 lead. After a 29-20 lead, Williams broke his scoring drought with a lay-up to start a 16-2 blast to give the Tropang Giga more breathing room.

Jayson Castro, one of the remnants of that 2015 championship team with TNT, added 19 points, while Poy Erram, one of the Tropang GIGA players who won a PBA title for the first time, grabbed a team-high 10 rebounds.

Ian Sangalang had 18 points and nine rebounds, while Best Player of the Conference winner Calvin Abueva had 14 points for Magnolia. Paul Lee, though, was a non-factor as he finished with seven points and shot just 3 of 11 from the field, while playing with a shoulder injury.

One of the few bright spots in the game for Magnolia was Jerrick Ahanmisi, who scored eight points including two triples to trim the deficit to 47-33 at the half, only for Pogoy to complete a three-point play to start the third to break the momentum.

In the end, Magnolia settled for another runner-up finish in the Philippine Cup for the third time in four seasons.