CEBU – Coaching the country’s most dominant force and it’s most prolific scorer – even for one night – was an intriguing prospect for Tim Cone.

Too bad, the PBA’s most successful coach will have to wait another time for that to happen as June Mar Fajardo and Terrence Romeo will play for Gilas Pilipinas instead of Cone's Visayas selection in the finale of the All-Star week on Sunday night at the Hoops Dome gym in Lapu-Lapu City.

The move is meant to give Final 12 for the Southeast Asian Basketball Association Championship its first taste of competition together.

While eager to help the national team, Cone said he would’ve loved to coach two of the league’s biggest stars.

“I thought I was going to coach June Mar and Terrence for the first time, but sayang,” the Ginebra coach said. “That was what I was excited about. It’s always interesting to coach, for a moment, guys you’ve always seen from a distance, because you get to know a little bit about their personality, and you get to know them a little bit.”

“That’s really the best part of the All-Star game,” he added. “That game, itself, is not a lot of fun – from a coaching standpoint. But meeting all the guys, being around the guys, guys you are normally competitive against is a lot of fun.” 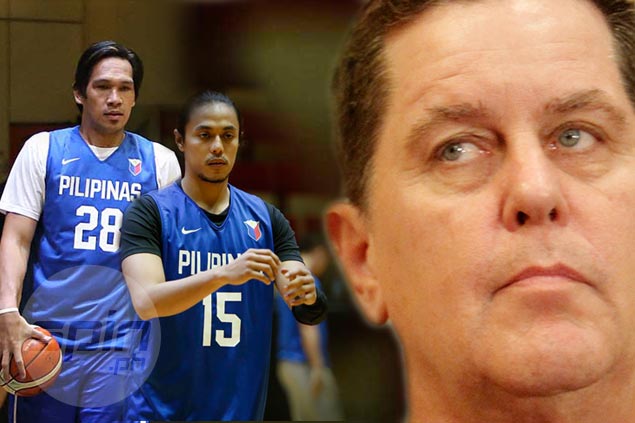 Another Cone player, LA Tenorio, and Rabeh Al-Hussaini will replace Romeo and Fajardo in the Visayas team as imports.