A HEATED exchange of words between coach Tim Cone and guard Chris Ross marred the endgame of Game Three on Wednesday night in the PBA Philippine Cup Finals between Barangay Ginebra and defending champion San Miguel.

Cone apparently got irked when Ross shot a three-pointer in the waning seconds with the outcome of Game Three of the best-of-seven title series already beyond doubt.

The champion coach was heard shouting directly at the Beermen guard while the two teams were walking back to their respective dugouts at the Smart Araneta Coliseum.

Ross initially tried to explain his action to a pissed off Ginebra coach but to no avail, eventually leading to a verbal exchange of words between the two.

“I have no comment on that,” was Cone’s curt reply when asked about the incident during the post-game interview. 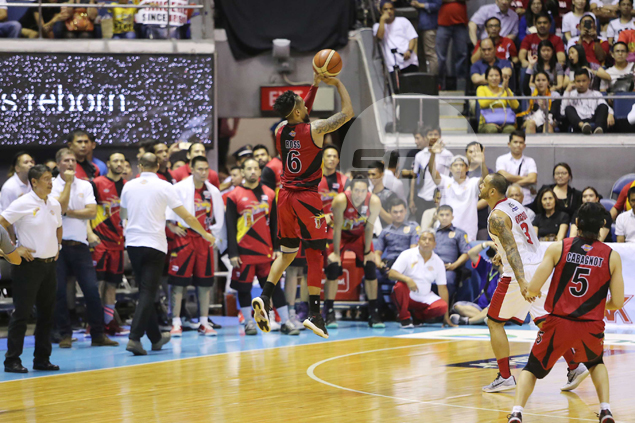 Cone also got involved in a similar incident before when he was still with Alaska, exchanging verbal jabs with then Sta. Lucia mentor Boyet Fernandez after Kelly Williams went for a fancy dunk in the waning seconds of the game and the Realtors already had the victory in hand.

But San Miguel counterpart Leo Austria said Ross didn’t mean it to be that way.

“Nagalit sila, they thought it was disrespect,” he said of the incident that took place in the final 26 seconds and San Miguel leading, 96-88. “I think he (Ross) feels na kailangang hindi abutin ng 24-second shot clock.