THE Chicago Bulls’ mega-success in the 90s with the great Michael Jordan at the helm spawned a generation of basketball fans worldwide.

And the Philippines, a country known for its deep passion for the game, wouldn’t be left out.

Tim Cone, then a rising coach with Alaska in the PBA, was among those who became an instant disciple of the Bulls, not much of Michael and the Jordainaires but of the system that made the franchise the most successful team in the NBA in the 90s.

Now with Barangay Ginebra and the most accomplished coach in the history of Asia’s pioneering pro league, Cone admitted not being a Jordan fan, as he grew up mesmerized by Magic and Kareem of the Showtime LA Lakers era.

But it wasn’t ‘Showtime’ but the ‘Triangle’ that he fell in love with when was finally into full-time coaching. 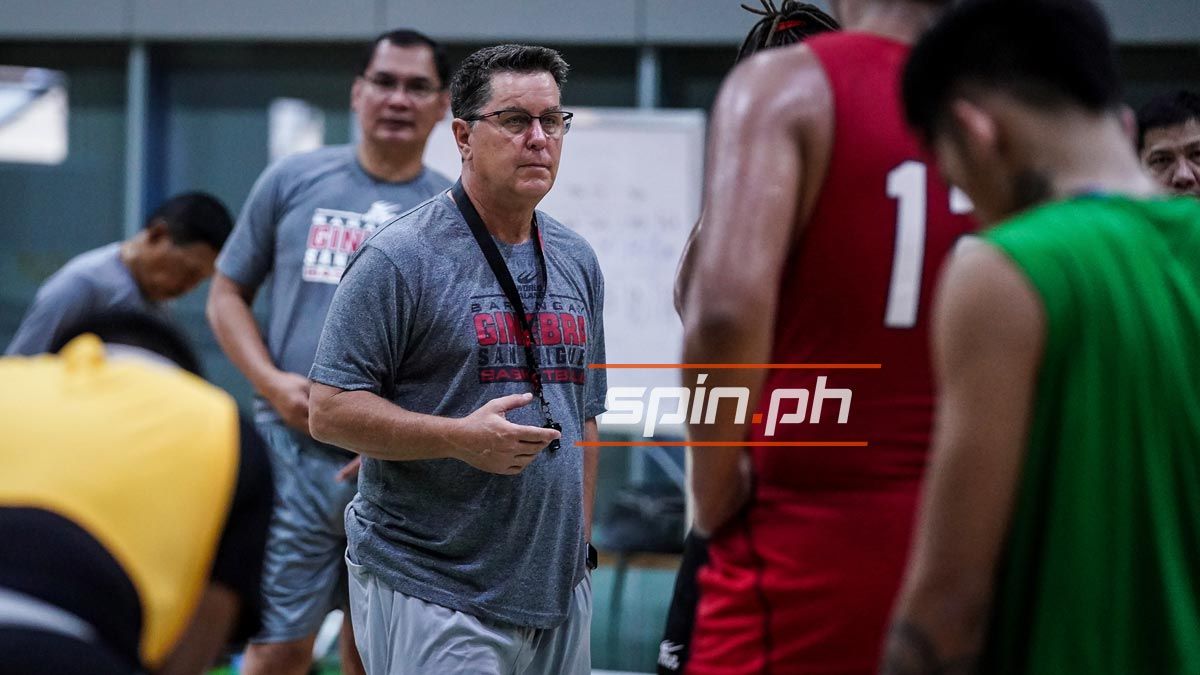 Oh, the ‘Triangle,’ that basketball offense that requires perfect spacing with a series of actions, the system that made Jordan and the Bulls win six championships in eight NBA seasons together, the final piece of which became the subject of the sports documentary series titled ‘The Last Dance.’

“I was a Triangle fan,” said Cone. "I grew up a Lakers fan with Kareem and later Magic, but when I began coaching professionally, I no longer followed teams, I followed systems.

“The Triangle was my favorite so I began following the Bulls. But I was never truly a Michael Jordan fan in the real sense.’

Cone took over the coaching job at Alaska in 1989, and while he had relative success calling the shots for the Milkmen in his first three seasons, Cone felt something was amiss, an identity that would automatically associate it with the team.

“When I began coaching in 1989, I was very comfortable with what I was teaching defensively. But I had never settled on an offensive system. I tried (offensive) sets through 1989 and 1990 and went to some motion in 1991,” recalled the 62-year old coach. 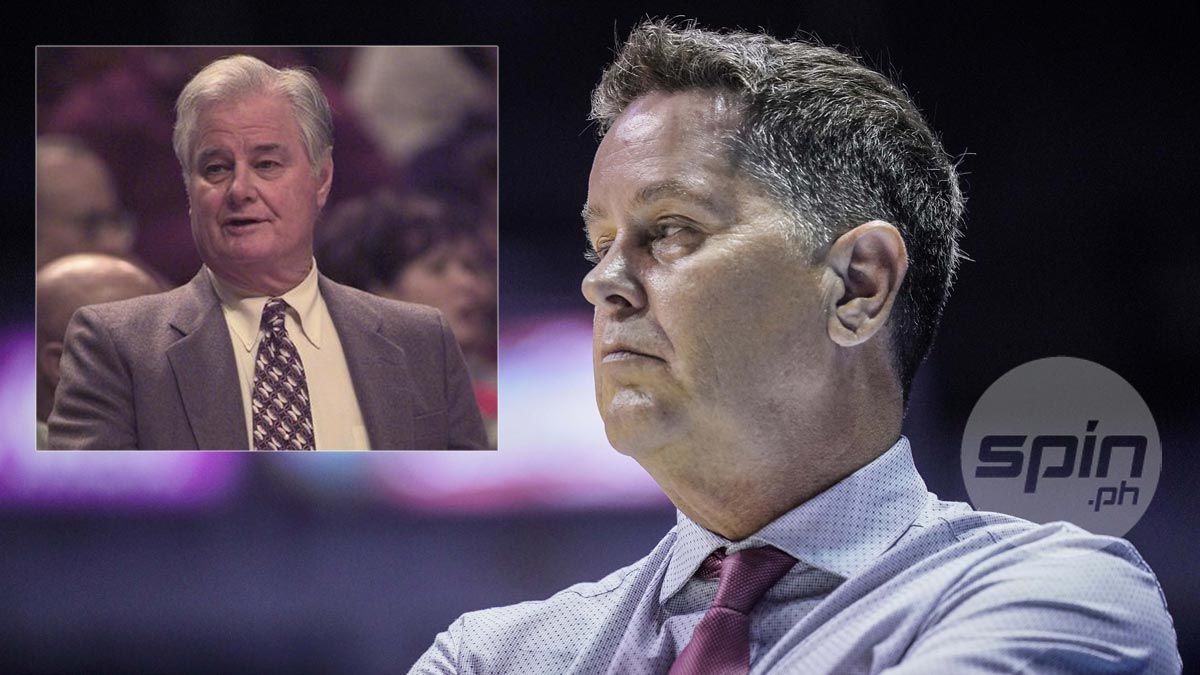 Cone won the first of his total 22 championships in 1991, the same year Jordan and the Bulls finally hit their championship breakthrough.

The Barangay Ginebra mentor admitted he fell in love right away with how the Bulls adopted Phil Jackson’s system.

“It was right about that time when the Bulls were coming into their own. When I saw them play on television, I loved what they were doing. It was so choreographed, like they were dancing while everyone else was just playing basketball,” said Cone.

“I decided then I wanted to learn that system.”

It took a while before Cone made the Milkmen buy into his system. But when they finally did, championships came the way of Alaska like water leaking from a faucet.

With a cerebral guard in Johnny Abarrientos orchestrating the plays, the team enjoyed immense success even without a dominant big man in the middle. The Milkmen lived behind the clutch games of stars Abarrientos, Jojo Lastimosa, Bong Hawkins, blue collar center Poch Juinio, gunner Rhoel Gomez, and an emerging player in Jeff Cariaso, now the Alaska Aces coach.

The team won a title each in 1994 and 1995, before reaching greater heights the following season when it became only the third franchise in league history to score a grand slam with the ever-reliable Sean Chambers serving as import.

Adding Kenneth Duremdes and Rodney Santos through the years, the team won six more championships from 1997 to 2010.

Despite being an advocate of the Triangle, Cone didn’t get to see the Bulls execute their celebrated system in the flesh.

It wasn’t until Jackson and his top deputy, the late Tex Winter, acknowledged as the innovator of the Triangle, were already with the Lakers that Cone was able to have a personal glance of how it was played.

“I met Tex Winter when he was with the Lakers already. And I was able to attend numerous Lakers practices,” he said.

Cone met Winter through his former assistant and Gilas Pilipinas mentor Chot Reyes, who invited Jackson’s trusted lieutenant to Manila to do clinics and corporate talks.

“We became close friends and I call him mentor,” he said of Winter, who passed away in 2018.

“We spoke all the time and he told me about MJ and Jackson, but discussing personalities was not really his thing,” said Cone. “We spoke mainly about the Triangle and its implementation.” 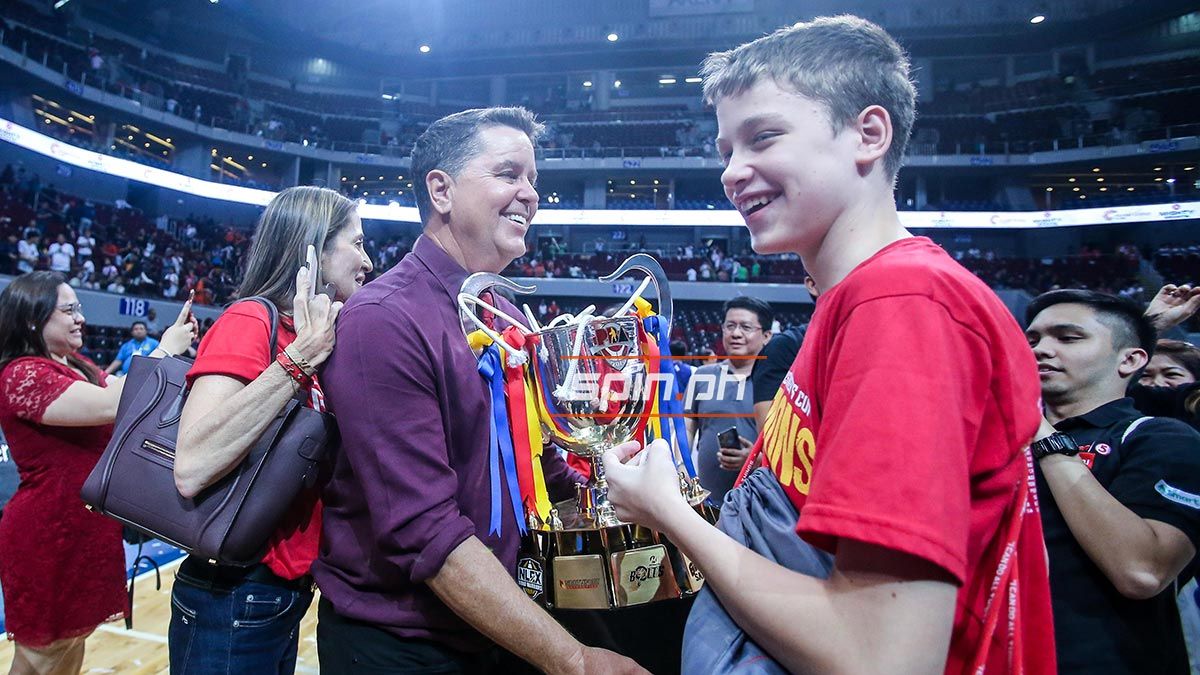 Before he came to know Winter, Cone got to work with a former Chicago Bull in Dickey Simpkins, who served as Alaska’s import in the 2005 Fiesta Cup.

“I was told Dickey was available through an agent and I excitedly pursued him. I was excited to have an import who knew the Triangle as much as me or even more,” he said of Simpkins, who won three championships with the Bulls, including the final year of Chicago’s final three-peat in 1998.

Simpkins, now a scout for the Charlotte Hornets, came in as a replacement for Leon Derricks after the Aces went 1-3 to start their campaign.

“We immediately went on a winning spree and the players loved him,” said Cone of the NBA veteran.

Despite complementing the Aces, Simpkins, who was already 32 by that time, failed to lead the team to the championship.

“Just as the playoffs started, he badly strained his back. We had no time to bring in a replacement,” Cone said as he tried to remember the sequence of things that followed.

“He tried to play through it, but we were upset by Red Bull,” said Cone of the Barako’s 87-86 squeaker over the Aces in their do-or-die encounter for a berth in the semifinals. “I remember Bryan Gahol hitting a three-pointer to knock us out.”

Cone still relied on the Triangle when he transferred and coached the Purefoods franchise in 2012 and later Barangay Ginebra in 2016, but no longer adhered to the system. At least not in its purest form.

Basketball has evolved through the years and Cone knows adopting to the changes was a must.

Its whole context taken in this present basketball set-up, Cone believes the Triangle wouldn’t be as effective if a variation is not made.

“In the pure tradition of the Tex Winter/ Bulls Triangle? I don’t think so because of how the pace of the game is played now,” he said.

“But there are many teams, and we are certainly one of them, who play with Triangle principles. Golden State is another one (whose coach Steve Kerr, was a member of the second three-peat Chicago Bulls), and all the imitators of Golden State Warriors have tried at some point.”