TIM Cone admitted taking an interest in Andre Paras in the last PBA rookie draft, but later on settled to have Ken Holmqvist instead as Barangay Ginebra’s first-round selection.

While Paras’ rebounding prowess intrigued the champion coach, he thought the 6-foot-8 Holmqvist was more of a complete player that could complement the Kings.

The 26-year-old Fil-Norwegian was taken in at no. 12 overall by Ginebra to close the first round of the draft.

“We just really felt Ken was a little more versatile, kind of resembles Joe Devance,” said Cone on Saturday. “You know me how much I love Joe and how big he is to our system. And we just felt Ken might be able to fill in for Joe.

“We really considered picking him (Paras).” 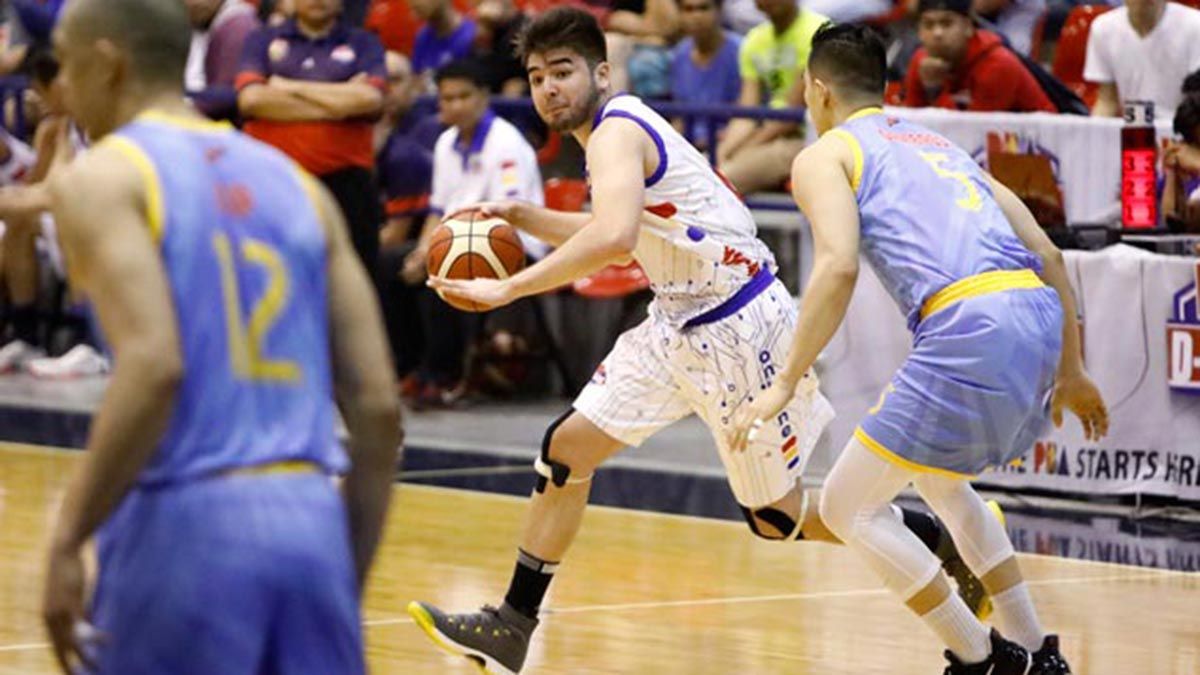 The eldest of PBA legend Benjie Paras’ two playing sons had been one of the rookies invited by Barangay Ginebra in pre-draft workouts as the Kings were poised to pick at nos. 12 and 13, respectively.

Apparently, Paras’ rebounding - which was in full display especially during his stint in the D-League - impressed the Ginebra mentor that he got an invitation from the PBA’s most accomplished coach in history.

“He has a big rep as a big-time rebounder. Rebounders always excite me. I always get excited having rebounders on the team. I think they’re very hard to groom. Rebounders are more natural,” said Cone.

The 63-year-old coach then cited the case of Scottie Thompson, one of the best rebounding guards in PBA annals.

“We didn’t teach Scottie how to rebound. It became very natural for him,” added Cone. “Andre was the same way, He’s a big-time rebounder.”

The Kings still had the chance to get the services of the 25-year-old Paras at no. 13, but Cone believes it’s not healthy to choose two bigs one after the other in a draft.

“Then we went to get a guard afterwards. Once we got one big guy, we didn’t want to get two big guys and overload our lineup,” said Cone.

Unfortunately, the Kings no longer had a pick in the third round, enabling Blackwater to select the part-time actor and model at no. 27.

But no doubt, Cone considers Paras as a great rebounder who he describes as a ‘monster’ on the board.

“Andre is one guy we really looked at and really thought about. The kid is really driven especially on the board. So we really wanted to take a look at him,” said the Barangay Ginebra coach.