BARANGAY Ginebra coach Tim Cone said he got inputs from Miami Heat coach Erik Spoelstra about playing inside a bubble set-up that the PBA was able to stage for more than two months.

Cone said he was able to speak to Spoelstra about his experiences about coaching inside the NBA bubble which became the formula of the PBA when it held its own set-up in order to play the 2020 season.

“I had a chance to communicate with coach Erik Spoelstra before they actually went into the finals,” Cone said of Spoelstra, with whom he has built a friendship over the years. “But I was of course following the Miami Heat very closely and what they were doing. It gave us a little bit of feel by following them so closely,” said Cone.

“I’ve never gone in a bubble and I was talking to a friend of Erik Spoelstra and I was saying to him, I hope I can at least match what Erik Spoelstra did in terms of getting all the way to the finals but I was joking about it because I didn’t think we’ll ever do it and then we did. But again, the NBA experience was one thing. The PBA experience was a totally different thing." 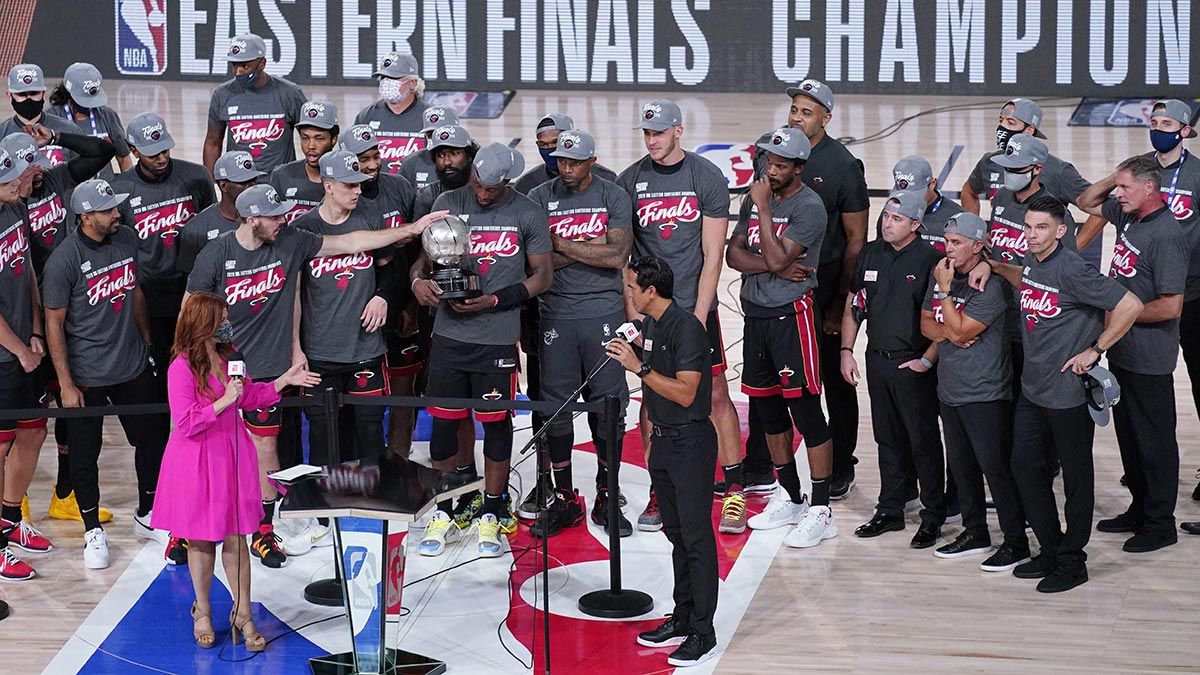 Cone said he looks forward to speaking once again with Spoelstra to share his own experience about the bubble in the Philippine setting.

“It will be fun now to sit down and compare notes and talk about things that happened there and what happened here. I haven’t had that opportunity yet. I’d like to think that’s sometime in the future. If it ever happens, I’ll let you guys know what was said.”

Inside the bubble held at the Smart Clark Giga City, Cone got out with a title to take home after Barangay Ginebra was crowned as the champion of the PBA Philippine Cup.

More than winning the championship, Cone is thankful that the entire PBA family was able to be involved in the game again despite the COVID-19 pandemic that affected the whole world.

“This was such a unique experience. I can’t thank the PBA enough for allowing us to play the game we love in a safe and competitive manner. The job, all the logistics of doing this not only for the PBA, but the Press Corps, the referees. Quest Hotel, they were so pleasant to be around. The manager, and the general manager were super nice to us,” said Cone.
___