EXACTLY 40 years ago tomorrow, on April 3, 1979, the Barangay Ginebra franchise, then an expansion team that carried the colors of Gilbey’s Gin, made its PBA debut in the All-Filipino (First) Conference.

But unlike the most popular and multi-titled PBA team that it is now - 11 championships to be exact, fifth-most among all franchises in league history and fourth-most among the active ones, and inclusive of three of the last seven conference championships - the then Gins, as their original monicker was then, had a forgettable start in their maiden conference in the PBA.

Not only did Gilbey’s Gin lose its first game on that historic April 3 date four decades ago, 103-98, to Royal Tru-Orange (now San Miguel Beer), the Gins actually had a 0-9 start in the league, losing by an average margin of 19.3 points.

That five-point loss to the Orangemen was actually Gilbey’s Gin’s fewest losing margin in its first nine games. 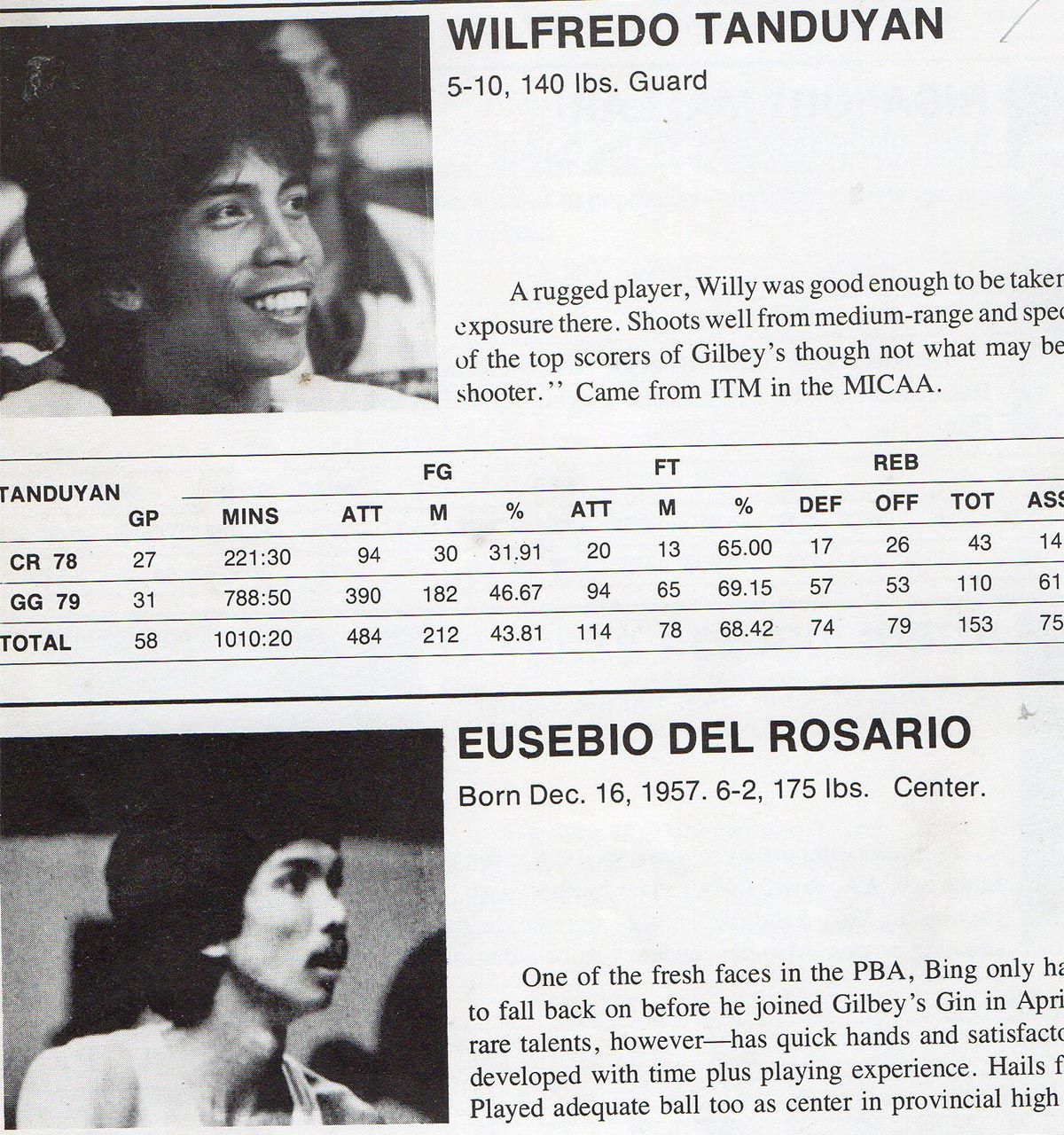 Pumaren, father of former PBA players Franz and Dindo and former champion coach Derick, explained how tough it was to get good players for Gilbey’s Gin back in those pre-draft days when it joined the league under the banner of La Tondena Inc.

“Dati kasi halos lahat ng PBA teams noon, may mga farm teams sa MICAA,” said Pumaren, referring to the now-defunct Manila Industrial and Commercial Athletic Association, the top basketball league in the country before the PBA was born in 1975 and which eventually played its last season in 1981.

Since the PBA Rookie Draft didn’t begin until six years later in 1985, recruiting players for PBA teams then was really a tough, cut-throat competition where oftentimes the best players ended up with the highest bidders.

But the Gins got a bit of luck with Del Rosario, a rookie which Pumaren plucked out of the University of the East where he spent many years as assistant coach to the late coaching legend Baby Dalupan.

Del Rosario averaged a third conference-best 13.1 rebounds in the All-Filipino conference, ranking up there with the likes of Ramon Fernandez and Manny Paner.

Aside from Del Rosario, Martin, Mallari, Dela Cruz, Rodriguez and Garcia were all rookies back then.

Largely because of inexperience and still lacking in chemistry, it would take more than a month and a half before Gilbey’s Gin notched a first win, a 123-116 decision over Honda.

The Gins finished their maiden conference in the PBA in ninth and last place with a 1-15 record.

Pumaren had a two-year contract then as head coach but resigned after four conferences, or after the 1980 Open Conference, to become head coach of De La Salle in the NCAA. 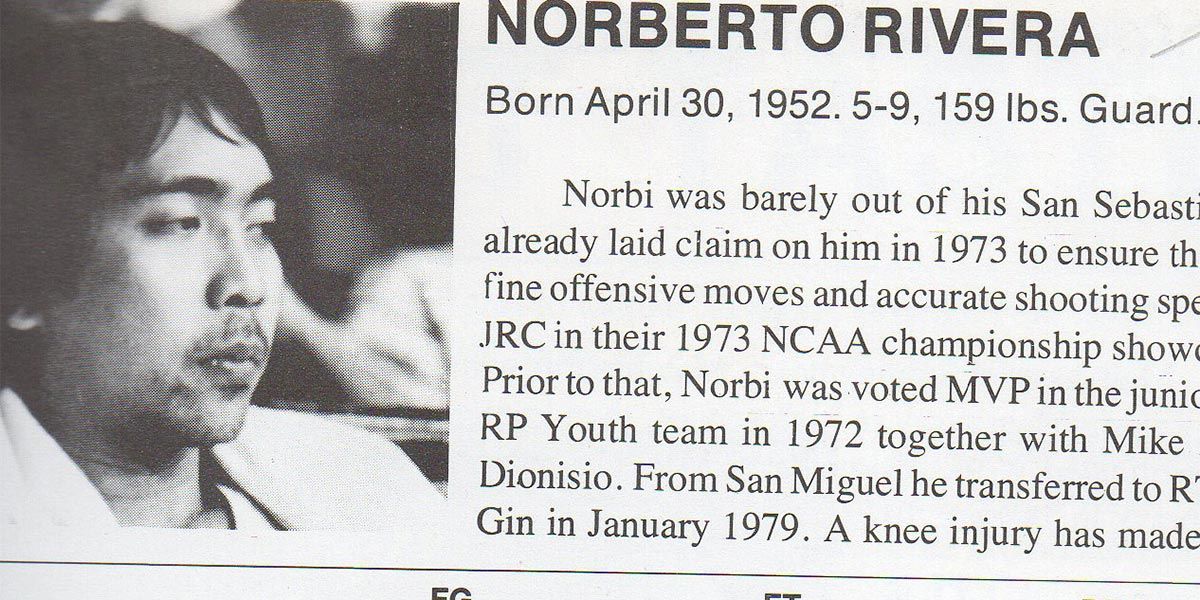 The Ginebra franchise’s rise to prominence would not begin until 1984, or four years after Pumaren left the team, when Robert “Sonny” Jaworski joined the ballclub following the disbandment of Toyota.

But little do people know that it was Pumaren who had a hand in Jaworski’s joining the University of the East where his star shone and grew under him and Dalupan, resulting in two championships with the Red Warriors in 1965 and 1966.

Jaworski actually began playing in the streets and basketball courts of Pandacan, Manila where the Pumarens also used to reside.

Jaworski became very close to the Pumarens that he sometimes offered to fetch Dindo and Franz from school when the latter were still in elementary school. 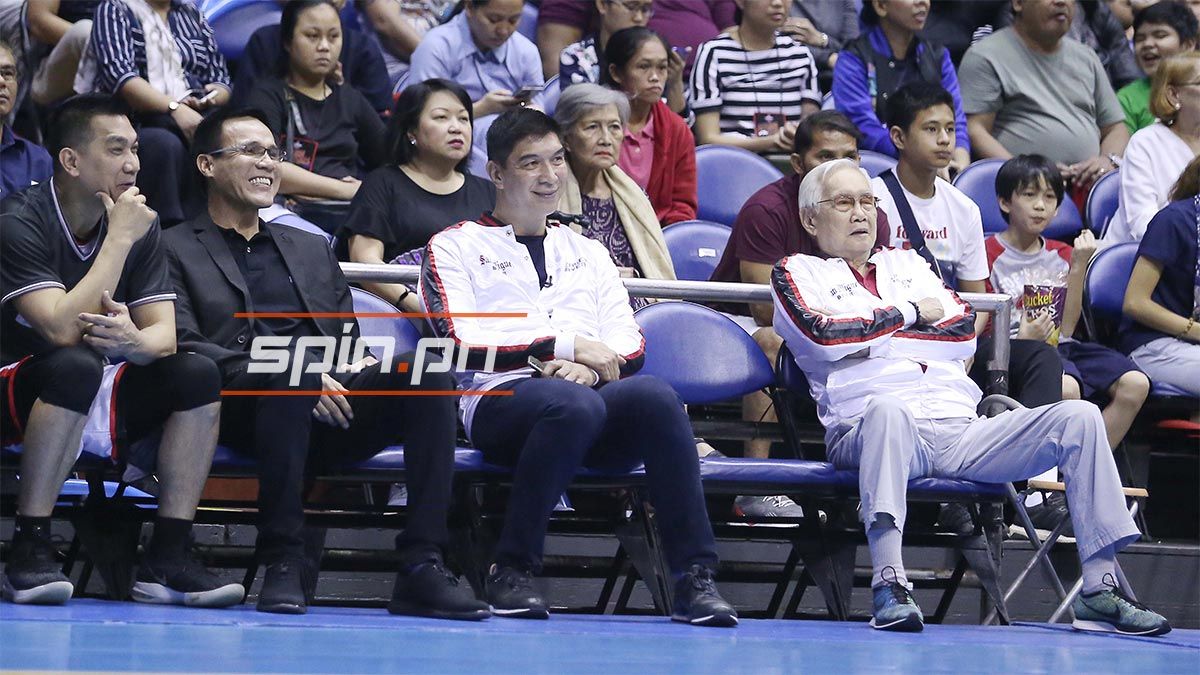 The two Pumarens are expected to be on hand on Wednesday night when Barangay Ginebra, under the San Miguel umbrella since 1987, faces NorthPort in the very final gameday of the 2019 Philippine Cup elimination round - exactly 40 years to the day the franchise played its very first game in the PBA.

So how does the elder Pumaren feel about holding the distinction of being the first-ever head coach of the most popular team in the PBA today?

Well maybe after today, not any more.