JAMIE Malonzo’s high-leaping ability was on display on Saturday in NorthPort’s victory over Terrafirma in the 2021 PBA Philippine Cup.

Malonzo, the No. 2 overall pick in the last draft, had five dunks, all deserving a place in highlight reels, on his way to finishing 14 points in the Batang Pier’s 104-84 win over the Dyip.

When asked what was his favorite among the five, Malonzo said it was the windmill dunk he executed in the second quarter where the Batang Pier started to blow past the Dyip.

“I’ll probably go with the windmill,” said Malonzo. “I’ve been saving that one for a long time. I told Troy (Rike), I was going to get one. I got that one.

The other dunks were as follows:

Ardent followers of Malonzo aren't surprised with the dunking display. During his time with the Green Archers, Malonzo already produced a highlight when he slammed over Ateneo's Thirdy Ravena in the UAAP.

The 25-year-old Malonzo though admitted dunk showcase on Saturday will most likely get head coach Pido Jarencio angered had he was present in the game. Jarencio is currently in quarantine and is unable to join the team. 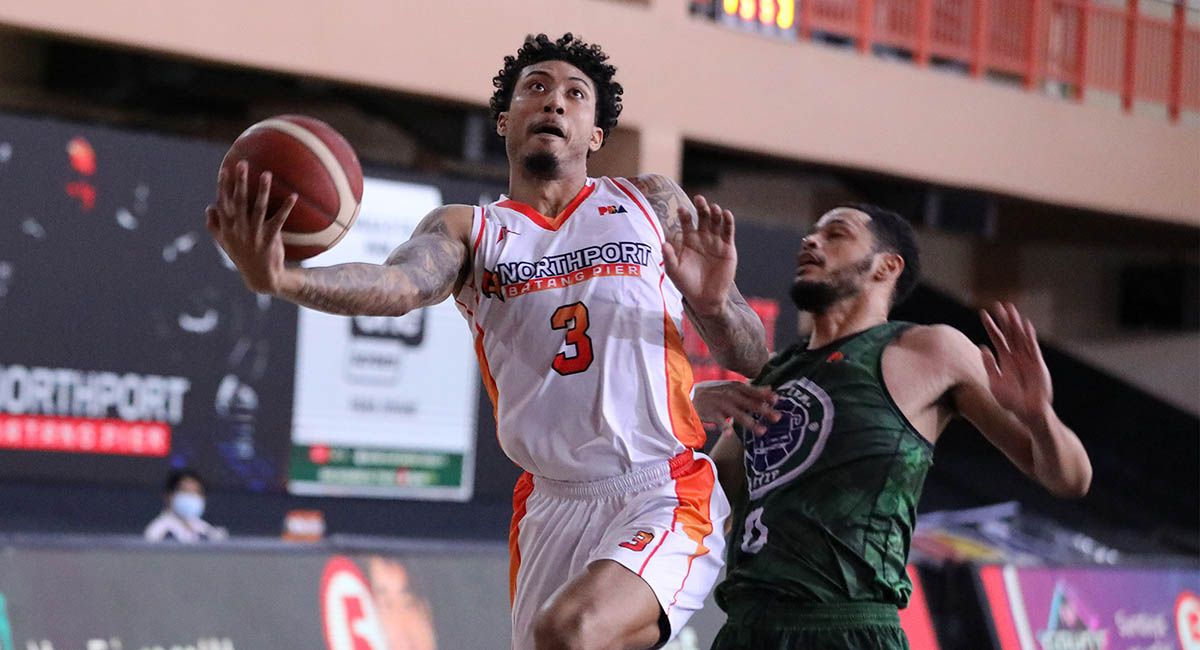 The NorthPort rookie said the team is dedicating their games to Jarencio and the entire coaching staff.

“I know coach Pido is probably watching and he is probably going to be mad that I’m out there bouncing the ball off the floor and dunking. We are having fun and we are doing it for them and they know that,” said the 6-foot-6 Malonzo.

Malonzo’s dunks will surely attract talk of him participating in a Slam Dunk Contest, if the PBA would have one in the future. He promised to have new dunks if that opportunity arises.

“For sure, I have something in my bag. Something new. For sure,” Malonzo said.

More than the dunks, however, Malonzo is glad that their effort has been paying off even with the absence of their coaches.